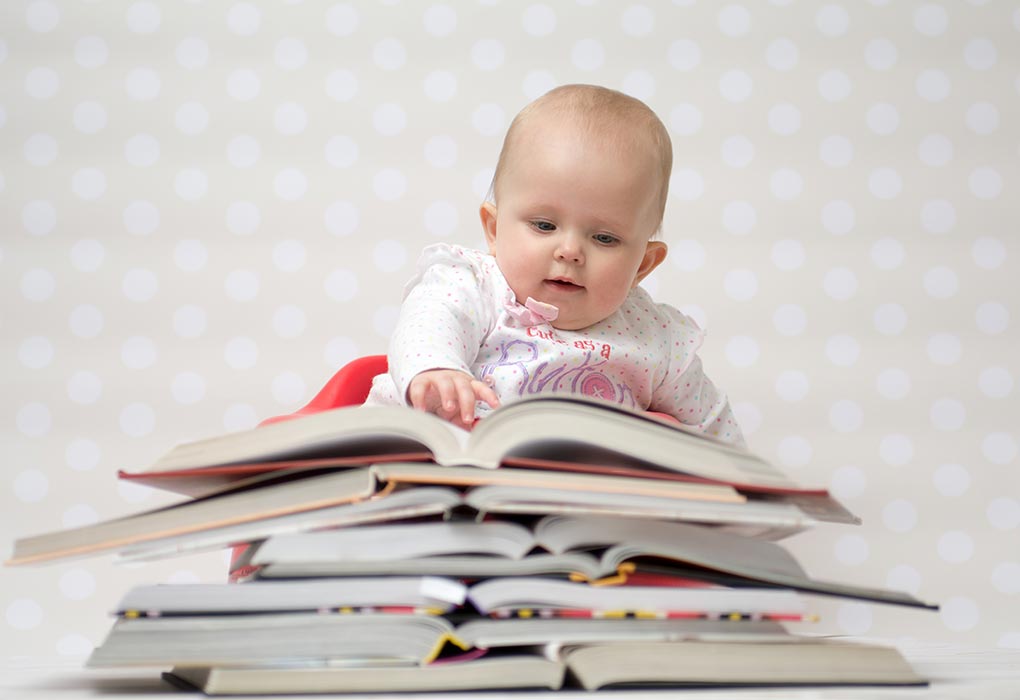 It does not matter whether you are an avid reader or not. One thing we all can agree on is the role that literature plays in enriching our life and our culture. The values and lessons of life taught in these books go a long way. These books can change our life. For parents looking for a meaningful name for their child, works of literature can be a good source. These classic and literary names will sound respectable and adorable in adulthood, as well.

This English name means ‘dweller at the old cottage.’ However, we have included this name after the name of the author of Little Women—Louisa May Alcott.

It is the name of the favourite teacher in the Harry Potter series. The name Albus means ‘white.’

It is the name of a popular journalist and writer, Ambrose Bierce. This name is of Latin origin and it means ‘white.’

From The Fault in Our Star by John Green, the name refers to the great Roman military leader who went on to become the first emperor of the empire.

This name is inspired by Lord Byron who is known for his famous poems like “Don Juan”, “She Walks in Beauty”. This English name means ‘cowshed.’

Remember The Adventures of Kavalier & Clay by Michael Chabon? The titular character had the name, Sam Clay and Clay can be used as a first name as well.

From the Roald Dahl’s Charlie and the Chocolate Factory, the name is derived from Charles and has the same meaning.

It is a Greek name that means ‘bearer of Christ.’ Christopher is one of Pooh’s best friends from A.A. Milne’s Winnie the Pooh, a collection of stories with a teddy bear as the main character.

The 1975 children book by Roald Dahl titled Danny, the Champion of the World, has a plot that revolves around a boy named Danny. The name Danny means ‘God is my judge’.

Pride and Prejudice is a romantic novel written by Jane Austen in 1813. Mr Darcy is the central character in this novel. It is a perfect name for your little boy.

A name inspired by an Oscar Wilde character from The Picture of Dorian Gray for your baby boy. It is a Greek name that refers to ‘Doros’ the legendary Greek hero.

This Old English name for boys means ‘prosperity or riches.’ It is taken from the name of the main character in The Count of Monte Cristo by Alexandre Dumas.

It is a prominent name from the literary circles. It is the first name of noted authors like Orwell, Saunders, and Eliot.

With it, you get a cute nickname ‘Heath’ as well. Heathcliff is one of the main characters from Wuthering Heights, a novel written by Emily Bronte.

This Old English name means ‘hollow valley.’ It was also the name of the protagonist in The Catcher in the Rye written by J.D. Salinger.

After the famous writer Henry James, this name means ‘ruler of the home.’ The name has a German origin.

The year 1884 saw the novel by Mark Twain titled ‘Adventures of Huckleberry Finn.’ He was a naughty boy in the book, and you also have one at home making this the perfect choice.

Name your son after the famous author Oscar Wilde. It is an old English name that means ‘dear friend.’

It comes from Philip Roth’s famous protagonist in nine books, Nathan Zuckerman. It’s a Hebrew name that means ‘he gave.’

Do you recall the astrophysics thrillers from Neil deGrasse Tyson and also the main character in Goodbye Columbus by Philip Roth. Neil seems to be a popular name in literary circles.

The 1936 novel Gone with the Wind by Margaret Mitchell had an adorable hero Rhett Butler. It is a classic boy name from literature.

The famous novel Adventure of Tom Sawyer by Mark Twain remained a popular one. The name Sawyer means ‘woodcutter’.

A famous character from James Joyce’s Ulysses and The Portrait of the Artist as a Young Man, the name means ‘crown or wreath’.

From the bestseller by Paul Coelho ‘The Alchemist’, Santiago is a popular Spanish name that means ‘Jacob.’

Here is the list  with some classic literary baby names for girls:

Anna Karenina is a novel by Leo Tolstoy published in 1878. Many consider it the most exceptional work of literature, this name should be chosen for your baby girl.

Now, who doesn’t know this name? Consider her a classic and darling of the literature when it comes to characters. This name will remain unforgettable just like the story Alice in Wonderland.

Use Bee as a nickname, she is the older sister in Beverly Cleary’s Beezus and Ramona. This French name means ‘she who makes happy.’

She is the central character in the Twilight series written by Stephenie Meyer. Meyer has beautifully created the character of Isabella ‘Bella’ Marie Swan.

In the literary marvel Pride and Prejudice, she is the protagonist. It is a popular Old English name that means ‘God is abundance.’

The famous narrator of the novel Wuthering Heights, she is popularly known as Nelly Dean. The name Ellen means ‘bright, shining light’.

The famous novel by Jane Austen titled Emma, the titular character is sweet and lingers in the memory for long. This name means ‘universal.’

Emily Bronte is an English novelist and poet known for her remarkable work. It is a German name that means ‘hardworking.’

Hazel comes as a determined and inspirational character in the famous novel The Fault in Our Stars. This English origin name means ‘from the hazelnut tree.’

The name of a diverse and culturally rich country is also a character in Gone with the Wind written by Margaret Mitchell.

Jacqueline Wilson is a novelist who writes for children and is immensely popular. It is a French name that is derived from Hebrew. It means ‘may God protect.’

The famous author Jane Austen is the name bearer. Also, Jane Eyre is an autobiographical novel by Charlotte Bronte.

A sweet and strong character in the novel Little Women, Josephine or Jo for short, is a memorable character for the readers of the book.

In the famous novel series Kingdom Hearts, it is the name of a well-known character. The name means ‘sea.’

The name sounds different and was a nickname of the famous writer Jhumpa Lahiri. It is an Indian name that means ‘charming’.

A moving story told by Khaled Hosseini in A Thousand Splendid Suns has Laila as the main character. She is a young girl that lives in Kabul with her parents.

It is a Greek name that means ‘oath of God.’ The name is inspired by the novel The Girl with the Dragon Tattoo by Stieg Larsson.

The Irish author James Joyce’s work Ulysses has a character named Molly. This Irish name means ‘star of the sea.’

Matilda is the titular character of the novel by Roald Dahl named Matilda. An English name that is more popular in Scandinavian countries, it means ‘might or strength.’

Rosalind is the main character in As You Like it by William Shakespeare. The name has Germanic elements, and it means ‘horse’. The Latin meaning of this name is ‘beautiful rose’.

Scarlett is the protagonist in Margaret Mitchell’s Gone with the Wind. The name has a nice sound to it and comes from the word scarlet or red

The iconic American poet Sylvia Path’s first name will appeal to parents looking for baby names inspired by literature. The name means ‘spirit of the wood.’

It comes from the Betsy-Tacy series by Maud Hart Lovelace. The name has a Greek origin and it means ‘bountiful grain.’

Virginia Woolf was a celebrated author and critic of her time. The name means ‘maiden,’ it comes from an ancient Roman family name.

Their Eyes were Watching God is a 1937 novel written by Zora Neale Hurston. It is considered a classic by all standards. The meaning of the name Zora is ‘dawn,’

When you decide to go for baby names inspired by literature, you can be confident that the name will be exceptional and memorable at the same time. Furthermore, these names for girls and boys are well regarded by all.