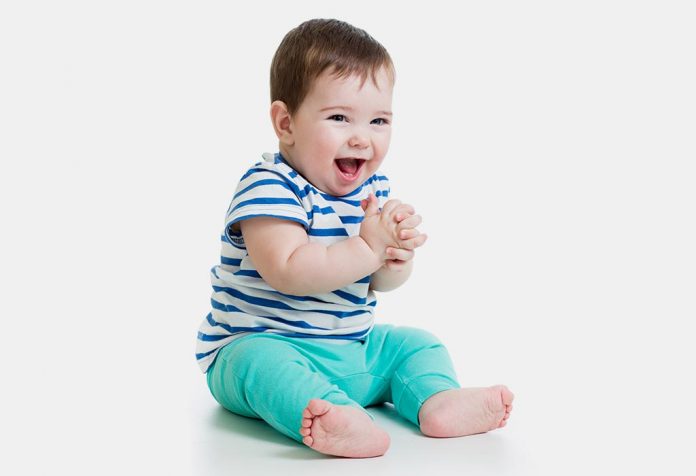 Finding a baby name can be a daunting task since the name is something the baby will have with him/her for the rest of its life. In case you are looking for a short and sweet name for your boy, you have reached the right place. This comprehensive list will provide you with 50 baby boy names that have exactly three letters in them.

Many people look for names that are either easy to pronounce or spell or a combination of the two. Simple and straightforward, these names are sweet and to the point. The best thing about it is that there are no nicknames involved since it is hard to shorten further a name that has just three letters in it. Read on to find out more about the best three-lettered names for baby boys.

Short for Abraham, this name gets right to the point. It is a biblical name, which means “Father of many”. It is popular all across the world, especially in western countries.

The name refers to the “highest rank” in English. It is the choice for parents who believe that names can translate into personalities in which case their baby will always be number 1!

Although it is short for Ashley, the name can also refer to the tree with the same name or the residue of fire. It has a mysterious connotation to it, and many parents love that.

In Armenian, this name means “brave” which is what all parents want their baby boy to be.

Although the most famous Axl is the frontman of the legendary band Guns n’ Roses, the name is of Scandinavian origin that means “Father of peace”.

Ben is short for Benjamin, but it has been used commonly as a first name for many generations. The name is of Hebrew origin meaning “son of”.

Bix is a unique short name and has the X-factor due to the literal ‘X’ at the end of the name. It is connected to the legendary cornet player, Bix Beiderbecke.

Short for Robert, this is one of the popular three-letter boy names that are chosen by parents all around the planet. Of German origin, this name means Famed, bright; shining.

An alternative for Buzz, this name means “contempt”. It is a name that appears in the Old Testament.

A shortened version of the name Calvin; this name, unfortunately, means “bald” but still has the cool surfer connotation attached to it and is a pretty common name.

In Vietnamese, Chi means “will, spirit” and the name has a peaceful, oriental vibe attached to it.

Of English origin, Cru has a modern feel attached to it. It is a name that commonly appears on three-letter boy names lists.

Dax is a use of an English surname with Anglo-Germanic origins. In German, Dachs means badger.

A name derived from the Sanskrit language meaning “God”. It is a common name in India but is increasingly becoming popular around the world.

This name is derived from a Hebrew word, which means “My God”.

Short for Finley or Finn, this name is of Irish origin meaning “fair or white”. It is associated with the greatest hero of Irish mythology, Finn MacCool.

Although it was originally a surname, it is also the cunning animal. Fox has the “cool factor” attached to it.

In Hebrew, Gad means “fortunate or luck” which is a big reason for many parents to choose this name for their baby boy.

Huy is a Vietnamese name, which means “Shining, successful. Though very popular in Vietnam, it is gaining traction amongst the rest of the world as well.

Derived from Scottish Gaelic, Ian is a variation of the English name John. It’s short and sweet and a common name.

Isa is an Arabic translation of Jesus although it has Hebrew origins. It is also short for several German names.

The meaning of Jax is “God has been gracious”. However, the name comes from Jacques or John. It is a modern name that is gaining popularity.

Kai means many things in different languages so you are free to choose the one you’d like. “Forgiveness” in Japanese, “sea” in Hawaiian and “Food” in Maori are some of the meanings associated with this name.

Len is short for Leonard, a name of German origin and means “brave lion”.

Leo is Latin for “lion” and was the name of several popes and early Christian saints. In German, it is short for Leopold or Leon.

Max is short for Maxwell and is of German, English and Aboriginal origin. The name means “greatest”. Although not in the list of top unique names, it is still widely popular.

It is a shortened name for Edward or Edmund. Ned means “wealthy guardian”. It’s an old English name but is still used by many.

Alternate spelling of Nick, Nic is a shortened version of Nicholas. It comes from the Greek name Nikolaos. It means “victory of the people”. Saint Nicholas is also an early age, a popular bishop from Anatolia.

Obi is an African boy name by origin, which means “heart”. However, the name is strongly associated with the Star Wars franchise character Obi-Wan Kenobi.

Although Ola is a feminine Arabic name, it is a boy’s name of Polish and Scandinavian origin, which means “ancestor’s relic”. It is another way to say the name Olaf.

A shortened version of Oliver by its English origin, but according to its German origin, Oli means “elf warrior”.

Although a diminutive form of the name Patrick, the name Pat is of English origin and it means “noble”. It is a unisex name and is used widely across the world.

Pom is a name of French origin meaning “apple”. It isn’t a common name nowadays, but it’s still a cute, short name.

Raj is a name of Indian origin and has different meanings depending on the context, ranging from “rule”, “king”, “emperor”, “power”, and “ruler”. It is a common baby boy name with three letters in the Indian subcontinent.

Much like Raj, Rex comes from Latin and means “King”. It is a great name for your baby boy as it has a lot of character.

Rui is a name of Spanish origin. It means “famous ruler” and is also a shortened version of the name Rodrigo.

Of Italian origin, Sal is a shortened version of Salvatore. It means “saviour; rescuer” and is a common name used across Italy and the USA.

Sid is the shortened version of Sidney and is of French and English origins meaning “wide meadow”. It can also be short for Siddhartha which is Sanskrit for “one who has accomplished a goal”. Buddha’s real name was Siddhartha Gautama.

Sol is a Hebrew name which means “peace”.

Tav is the shortened form of Tavish, which in Hindi means “heaven” but according to its Scottish and Aboriginal origins, it means “twin”.

Timothy is the full version of Tim, although Tim is very common across the world. From its Greek origins, it means “honouring God”.

In Nigeria, Udo is the Igbo word for “peace”. Udoka is longer and related name to Udo.

Val is the short form for Valentine, but on its own has Latin origins and means “valiant.”

It is of Sanskrit origin and means “knowledge”. In India, it was a common name in the 90s.

Of English origin, Wes means “west meadow” and is a shortened form of Wesley. Your baby could share names with the genius filmmaker Wes Anderson.

It is a shortened version of Wilhelm and German origin. It means “resolute protection.”

Yao is of Chinese origin and means “born on Thursday”. Your baby could share names with basketball legend Yao Ming.

The name is of Hebrew origin, which means, “the Lord has remembered”. It is also a shortened version of Zachary.

Ziv is a Hebrew name which means “brilliance”.

Choosing a name for your baby is just the start of a fantastic experience called parenthood, which will give you countless once in a lifetime experiences. All the best to you and your new family!

Gummy Vitamins for Kids – How Safe Are They?

15 Foods You Must Avoid During Breastfeeding