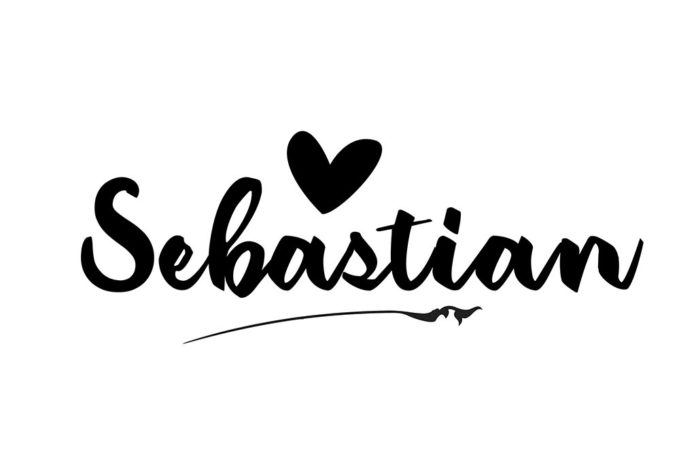 Sebastian is derived from Sebastos, the Greek translation of the Latin title Augusta, bestowed upon all Roman emperors. It means “honorable or venerable,” which comes from ‘sebas,’ meaning “awe,” “reverence,” or “dread.” Towns named Sebaste in ancient Greece were named to honor Augustus or a later Roman emperor. It is also a French form of paste. Although it comes across as an elaborate name, Sebastian has simple diminutives as nicknames, such as Seb, Bas, and Bastian. Its feminine variants include Bastienne, Sebastienne, Sebastiana, and Seva.

What Does Sebastian Mean?

Sebastian is a personal given name with Latin and Greek origins, and the meaning of Sebastian is ‘honorable’ or ‘venerable.’ It originates from the Latin name Sebastianus, which refers to ‘person from Sebaste,’ which is an ancient town in Asia Minor that is currently the city of Sivas in Turkey. The word Sebaste is derived from the Greek Sebastos meaning ‘venerable,’ sebas meaning ‘awe, reverence, dread,’ and sebomai meaning ‘awed, scruple, be ashamed.’

Sebastian is a classic masculine given name with multiple origins.  Sebastian essentially gained fame and recognition due to a third-century early Christian, Saint Sebastian, who was martyred by the Roman emperor Diocletian. His saintly death is an inspiration to many of his followers during the middle ages. The Catholic Church granted him sainthood as he served as the patron saint of archers and athletes and was believed to protect those who worshiped him from the Plague. This ethnic name was generally used in medieval Europe, mainly in Germany, Spain, and Southern France. Sebastian was also a King in 16th century Portugal who died in a crusade against Morocco.

Names can have delightful alternatives in some of the fascinating languages and cultures around the world. Here are a few Sebastian name variations and other spellings for Sebastian that might win your heart with their characteristics.

How Popular Is the Name Sebastian?

According to Social Security Administration data, the Sebastian popularity index has fluctuated over the decades, being moderately famous from the 1910s through the 1930s, before falling entirely out of the top 1000 names in 1950. Claiming the 81st spot, it got into the top 100 names in 2000 and the top 50 names in the US in 2013. It was the 34th most popular name for boys in 2014. Since then, it climbed to the 18th spot in 2018 and 2019 consecutively and currently occupies the 19th position as a modern yet not-too-trendy choice for parents. With many celebrities choosing Sebastian as their children’s name, the Sebastian baby name ranking has increased significantly in recent years as a favorite name for boys.

As per the search trends data, interest for the name Sebastian shows a consistent value of over 40 over the last ten years, reaching 100 in July 2015. The lowest value recorded was 38 in February 2021.

Interest in Sebastian – US

Search trends for Sebastian’s name have recorded a consistent search value of over 30 reaching 100 in July 2015. The lowest value was recorded in May 2012 at just 28.

Popularity of the name Sebastian

Search trends for the name Sebastian mirror maximum interest in Spain over the last decade. Countries like Puerto Rico, Chile, Nicaragua, and Guatemala follow close behind. As traditional Spanish first names are heavily influenced by the names of saints and the Christian religion, Sebastian has gained maximum popularity in Spain.

Search trends of Sebastian – US

The District of Columbia leads the search trends among the sub-regions of the US for the name Sebastian over the past decade. Following this, New York, Massachusetts, New Jersey, and Connecticut complete the top 5 positions.

Middle Names That Go With Sebastian

A middle name can come in handy if a child wants to choose between a given name and a middle name in the future. Here are some of the fantastic double names with Sebastian that might take to your fancy as a parent:

Notable personalities achieve superstardom due to their professional success, and their names get immortalized in history. Parents can get inspired from this list of famous people called Sebastian when choosing a name for their child:

Baby names like Sebastian can appear tricky as they may have different spellings and meanings but are less commonly used. Sebastian’s family names form the perfect combination that can help distinguish a person from others who share the first name. Here are some of the other names for Sebastian that may be worthy contenders:

Names that rhyme with Sebastian can be a repetition of similar sounds that exude an aesthetic phonetic effect. A traditional name like Sebastian can be transformed to suit the taste and preferences of new parents:

As siblings play a positive role in each other’s lives, their names should sound good together and be chosen carefully to enhance their bond. Here are some of the most distinctive sibling names that go with Sebastian, a classy name in itself:

Nicknames can replace your child’s forename in everyday life. Here are some of the most creative nicknames for the name Sebastian that will help to enrich your relationship:

Sebastian has been making a comeback over the last two decades with its rich history and vintage appeal. Parents who desire to celebrate their family heritage can select a Christian baby name like Sebastian with an inspirational meaning that reflects their refined and elegant choice.

How to Teach Kids About Money

Marriage and Mommying With a Stay-at-Home Dad