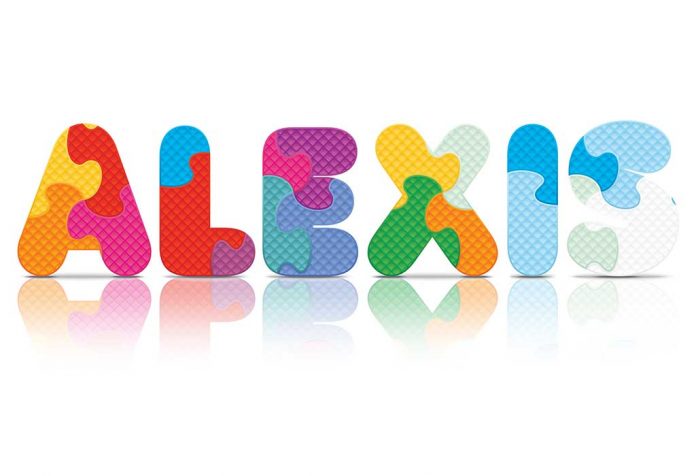 In This Article
Alexis a name that bears a profound history, having been around for centuries and being a beloved name ever since. Once a name within the top 20 most popular names for girls, keep reading to know more about Alexis and why the name is perfect for babies even today.

What Does Alexis Mean?

Contrary to what many think, Alexis was initially a boys’ name, perfect for warriors and defenders. This is primarily due to the meaning of Alexis, which can be translated to “defender” or “protector,” making it perfect for brave little boys. However, over time, the name became increasingly more associated with girls, even becoming one of the top 20 names for girls from 1994 to 2010. And with the blurring gender-related boundaries of today, combined with the fact that it was initially a boys’ name, it has become a sought-after unisex name. However, it is vastly more common among girls. Another meaning of the name as per its Greek origin is “truth,” while the German origin of the name implies the meaning to be “noble.”

It is mainly believed that the name Alexis is of Greek origin. The name comes from the Greek word Alexo, which means “to defend” or “to help.” In this regard, and considering the meaning of the word, it can be assumed that it comes from Greek origins. However, some also say that the name boasts an English origin, although the meaning as per this origin is not known. Furthermore, the name also boasts a German origin, according to which the meaning of Alexis comes to be “noble.”

Many other spellings for Alexis portray the cultural implications often present in names. By looking at these Alexis name variations, not only will you be able to understand the way different cultures have influenced the spelling and pronunciation of the name:

How Popular Is the Name Alexis?

The popularity of a name is generally evaluated by how many babies were given the name in a particular year or period. And in the case of assessing the Alexis popularity ranking, assessing data from the Social Services Administration can be a great way of assessing how popular the name has been. In the case of Alexis, it can be observed that the name has been dwindling in popularity at a steady pace. While the name started the millennium with an impressive ranking of being the 6th most popular girl name, the latest recorded Alexis baby name ranking is not hugely favorable, being the 309th most popular name in 2020.

While this is the case for girls, Alexis has also been facing a very similar case of dwindling popularity as a boys’ name. While the name has never been among the 100 most popular names for boys since 2000, the highest popularity among boys was recorded in 2004 at the ranking of 103. And as of 2020, it is the 483rd most popular name for boys. However, this can be considered favorable for the name, especially since it is not a common name for boys. Primarily due to celebrities such as Alexis Bledel and Alexis Knapp, the name is more often associated with girls than boys. As a result, this result of being the 483rd most popular name for boys can be considered impressive in itself.

The global search for ‘Alexis’ has been pretty volatile over the last ten years. As per the trend graph, it can be seen that the name had its incredible highs as well as considerable lows. While the highest score of 100 was reached in January 2018, the lowest score of 36 was achieved multiple times between seven times between September 2020 and February 2022.

Interest in Alexis – the US

Interest in the name Alexis has been considerable with the US over the last ten years. Maintaining an average interest between the score of 40 and 75, the name can be considered to have been pretty well searched over time. In this regard, while the lowest score was achieved in December 2019 and September 2020 at 41, the highest score of 100 was reached once in September 2013.

Popularity of the Name Alexis

Among the 74 global regions evaluated to determine the search trends, it can be observed that Chile has generated the highest interest within the last ten years. It is followed by Nicaragua, St. Helena, Algeria, and Honduras to round up the top five countries to have shown the highest interest in the name over the last decade.

Search Trends of Alexis – the US

Among the 51 sub-regions of the US, Ohio has generated the highest search interest in ‘Alexis’ over the last ten years. This is followed by New Jersey, Nevada, the District of Columbia, and New York to complete the list of the top five sub-regions in the US to have searched for ‘Alexis’ throughout the last decade.

Middle Names That Go With Alexis

Middle names have grown in popularity, and almost every person in the US has a middle name nowadays. However, randomly choosing one will not suffice when selecting middle names-you will need to pay as much attention to choosing double names with Alexis as you would do for the first name. So, here are some beautiful middle names for you to choose from:

Famous people called Alexis have helped make the name even more popular over the years. Here are some such celebrities:

Other names for Alexis that hold a special meaning but with different spellings and pronunciation can be a great way of incorporating the beauty of the name in another way. In this regard, some such baby names like Alexis and suitable family names for Alexis have been mentioned in the list below:

While some parents focus on the meaning of a name, some focus on how the name sounds. So, here are some names that rhyme with Alexis:

Nicknames are a great way of calling your child a very personal form of endearment that is humorous while incorporating all the love you have for them. So, the following nickname ideas for Alexis must be considered:

It is natural for new parents to want to know everything about a name before deciding on a name for their own child. So, this information of Alexis includes everything you can possibly want to know, sure to help you in your journey.

Water Fasting – Is It Beneficial or Risky?

Modern or Nosy? 5 Types of Indian Aunties We Cannot Ignore!

Meet the Team Behind the Group, ‘Breastfeeding Support for Indian Mothers (BSIM)’