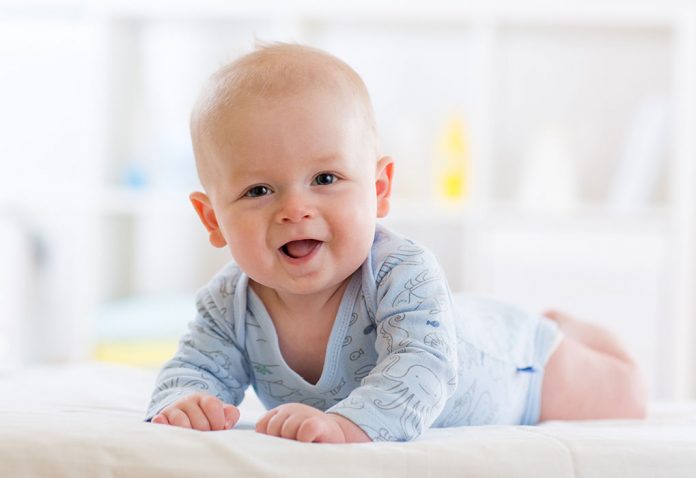 Are you looking for a unique and symbolic name for your kid? In that case, this is just the right place for you. Shunning the conventional mannerisms and choosing a name inspired by nature, animals, and Gods is a personal choice. We are talking about choosing a name that has Pagan or Wiccan derivatives. These names are not just about choosing a different name; instead, it is akin to having a name that has a symbolic and metaphorical inspiration close to nature. This list consists of cool Pagan names for your baby boy or baby girl which have a magical feeling attached to them. Each of these names has a particular inspiration from folklores or have allegorical references. These names are different from the familiar Biblical names and have a pre-Christ origin mostly. Have a look and see if you find the name of your choice for your lovely baby boy or baby girl.

Have a look at some exotic Pagan boy names to find the right fit for your newborn:

This name means ‘one who is extremely good looking’.

Aiden is a good choice among cool Pagan names for your baby boy. The meaning of this name is ‘a little fire’.

Albus is a name that grew to popularity through the series Harry Potter. It means ‘white’.

Angus is a name with Celtic origins which refers to the God of wisdom and wit. It means ‘special or unique’.

It is the name of proto-Celtic origin which means ‘someone who knows the grave’.

The meaning of this bold and straight forward name is somewhat obvious. It means ‘a blade or a sword’.

Cadmun is an Anglo- Saxon name that exudes strength and power. It means ‘a warrior’.

Caradoc is a unique name of Welsh origins. The meaning of this name is ‘someone who is dearly loved’.

Among the two twins that are supposed to make the constellation of Gemini, one is named Castor.

Desmond is a sophisticated name that refers to the meaning ‘a knowledgeable man’.

Dragomir is another good choice among Pagan boy names, and it means ‘something precious and peaceful’.

The meaning of the name Evander is ‘one who is known for his goodness’.

Fergus is a royal and classy name that was used by the Pictish tribes. The meaning of this name ‘one who is strong and manly’.

Fox is a simple and quirky name for your baby boy, which refers to the animal fox.

Gawain is supposed to be a person who defends the weak and needy.

Herne is a name that represents ‘the God of hunting, vegetation, and all of the forests’.

This sweet and straightforward name refers to the meaning ‘a precious green stone’.

Kegan is another unusual name that you might want to pick for your baby boy. It means ‘a small flame’.

Lazarus is a name with beatific connotations. The meaning of this name is ‘God is my help’.

It is a name that takes you close to nature and shows that feeling of its might.

Leigh is an excellent choice of a name which means ‘someone who has the power to heal’.

Lysander is a twisted variant of the name Alexander which means ‘one who liberates’.

Neptune is the name derived from the name of a prominent Roman God which hold power over all seas.

It is a perfectly straightforward option that refers to the Pagan faith itself.

The meaning of the name Pollux is ‘the crown’. It is indeed a royal name.

The meaning of the name Roanne is ‘one who has red hair’. It sounds simple and impactful.

Rowan is the name of Celtic origins, which refers to the meaning ‘a lush tree’.

It is a name which conveys absolute robustness and sheer strength.

Trevor sounds like a decent name for your baby boy. It means ‘a person who is wise’.

The meaning of this name is ‘a green slope’. The name sounds a bit magical in itself. 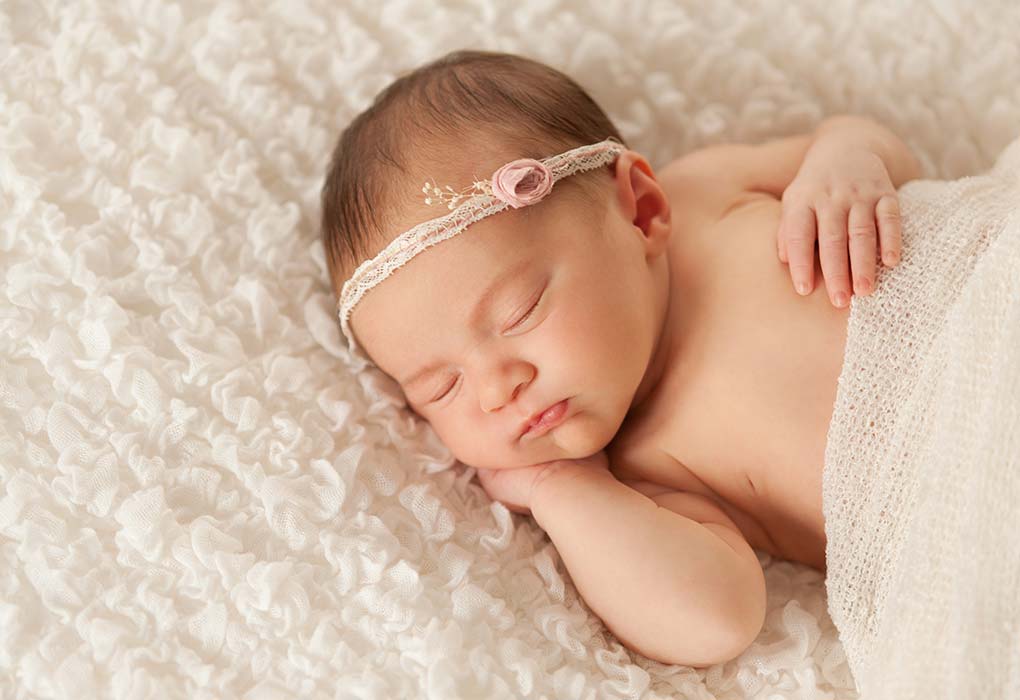 Take a look at some exotic Pagan girl names to find the perfect fit for your newborn:

Aether is an excellent choice of a name for your baby girl. It means ‘a bright upper air which was breathed by the Olympians’.

The meaning of this name is ‘one who exudes radiance and bliss in everyone’s life around her’.

Akasha is a name of Indian origin. The name exudes a certain magical feeling with it. The meaning of this name is ‘a spiritual essence’.

Amaya is a great catchy name for girls. The meaning of this name is ‘rain in the dark night’.

Amber holds a prominent position in the list of Wiccan witch names. The name refers to the popular, beautiful gemstone that goes by the same name.

Aradia is an unusual name that as popularised by the ‘Gospel of the Witches’.

Astral means ‘relating to the stars’.

Athena is the Greek goddess of wisdom. It is a strong and powerful name and warrants a mandatory inclusion in the list of Pagan girl names.

Celeste is a mellifluous name that rolls easily off one’s tongue. The meaning of this name is ‘heavenly’.

The meaning of this name is ‘as beautiful as a poem.’

It is a name that symbolizes femininity like no other. A chalice means ‘a cup’ and is a symbolism of a woman’s womb.

Damiana as a name exudes sheer free-spiritedness in the person’s attitude. The meaning of the name is ‘one who cannot be tamed’.

The meaning of this pretty and simple name is ‘one who holds unflinching spark in her’.

It is a variant of the name ‘Fay’, and it means ‘a beautiful fairy tale’.

The meaning of this name is ‘fair and pale’.

This name refers to the daughter of Llyr in Irish mythology. She is believed to have transformed into a swan for 900 years.

Freya is used to refer to ‘a lady’.

Glinda is a captivating choice of a name for your baby girl. The meaning of this name is ‘one who is fair and good-hearted’.

This beautiful name refers to ‘a soft breeze of air’.

The meaning of this name is ‘a little dragon’.

Larissa is a name used to refer to a mythological sea nymph of Greek origin. It has an exotic and classy vibe associated with it.

Luna is a mysterious and dark name that refers to the meaning ‘a beautiful night’.

Maeve is a name of Irish origin and was the name of a warrior queen over there. The meaning of the name is ‘someone who has an intoxicating effect on others’.

Medea was the name of a Greek witch. She is said to have descended from the divine and used her magic to fight her enemies.

The meaning of this unique name is ‘a circle in the sea’. It can be a probable pick of a name for your baby girl if you are looking for something unique.

This name refers to the meaning ‘a small spring’.

Rhea is a soft-sounding beautiful name for a baby girl. This name refers to ‘the daughter of the Greek Goddess of Earth’.

Rowena is an exotic name that can be an excellent choice for your baby girl. It means ‘one who is slender and fair-skinned’.

Runa is another mandatory pick in the list of cool Pagan names. It is a feminine variant of the name ‘Rune’.

The meaning of this Greek name is ‘to blossom’. It is said to be the name of one of the Three Graces in the world.

A name is something that somewhat becomes a part of a person’s personality throughout their life and even after that. This is why it is important to have a name that is impactful and catchy as it is one of the first marks of impression you leave on someone. As parents, one of the foremost and most important duty is to find a name for our newborn baby boy or baby girl. Considering this importance, the task of choosing a name might seem a little tough for some parents. This is why we are here to help. The above list of Pagan and Wiccan names is a good place to start looking if you are looking for an unusual and meaningful name for your child. Trust us that even if the task of picking a name is a bit tough, it is one of the most beautiful journeys that you and your partner will undertake together for your baby. We urge you to make the most out of it. We also wish you very amazing and happy parenthood!

3 Reasons Why Babies Cry Before Sleeping

The Importance of Outdoor Play For Your Kids