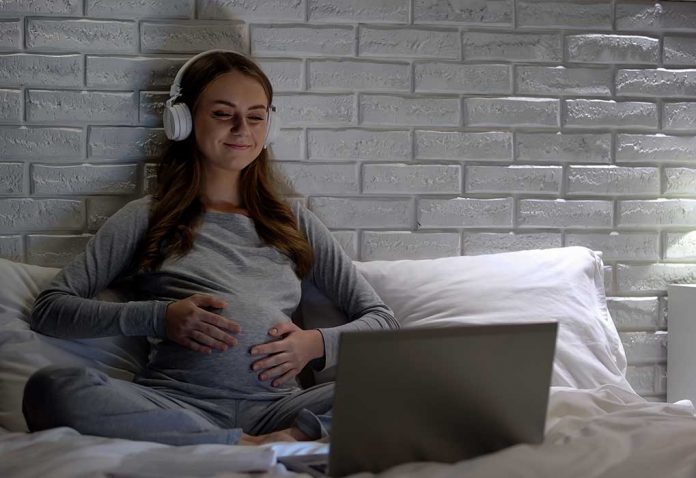 Finding a suitable name for your baby can be a difficult task. In the times when movies and television series are a big craze, it can be a good idea to finalise the name of one of your favourite movie or television characters for your little one. In this article, we have collated a list of names most of you are sure to remember and associate with the character. Let’s get started with some popular movie character names for baby boys.

Here are 15 cool names of movie characters that can be perfect for baby boys:

This name comes from the movie ‘Creed’, which is a sequel in the Rocky film series. The name also means ‘Lord’ in Greek. Fans often associate the name with masculine characteristics. The name, thus, can be a good fit for a baby boy.

This name comes from the Harry Potter movie series. It is the name of a professor and a powerful fighter.

This name was amongst the top names for baby boys after the launch of the first Twilight novel in 2005. In 2010, it reinforced its popularity with ‘The Twilight Saga: Eclipse’.

Charles comes from a classic movie ‘The Thin Man’ and is also a derivative of the famous Charlie Chaplin. The name means ‘a free man’.

This name comes from Dakota Fanning who starred in ‘I am Sam’, ‘The Car in the Hat’ and ‘War of the Worlds’. It is a unisex name and can be a perfect one for boys.

The Dawson’s Creek premiered in 1999, giving fame to this name. It was followed by the character Jack Dawson of Titanic, played by Leonardo DiCaprio.

The names come from the name of a character played by Frodo Baggins in the Lord of the Rings movie in 2001.

The classic Hollywood movie Forrest Gump made this name highly distinguished. An unusual character, it made ‘Forrest’ a famous name.

It is a lovely name from the animation movie ‘Cloudy with a Chance of Meatballs’. The name is among the most popular names on the list.

After the 1920s, Gary Cooper brought a favoured status to this name following his appearance in the movie ‘High Noon’.

This Hebrew name means ‘repose.’ It is more recognised the world over for a character of Noah in the Hollywood classic ‘The Notebook.’

The name regained popularity from late Paul Walker, of ‘The Fast and the Furious’ series fame.

It is an English name that means ‘bright’, ‘famed’, and ‘shining’ The name is inspired by ‘Robin’, Batman’s buddy and loyal partner.

It is a popular unisex name. The name immediately reminds of the famous writer and producer Sidney Sheldon, doesn’t it?

This name is another popular one for the hardcore ‘Lord of the ring’ fans.

Now, let’s take a look at some names for baby girls.

Here are 15 names for baby girls that have gained popularity from the movies:

It was Disney’s ‘The Little Mermaid’ in 1991 that made it a popular baby name, and it remains so.

Another from the movie ‘Frozen’, this French name means ‘grace’ or ‘favour.’ Make sure you pronounce it correctly as ‘Ahh-nahh.’

A well-known character in Disney’s ‘Atlantis: The Lost Empire’, it has experienced steady popularity since then. Audrey Hepburn fans wouldn’t resist this name, would they?

Recall the famous movie ‘Sleeping Beauty’. This classic fairy tale made into a film by Disney made this pretty name memorable.

Fans of Christina Ricci, Christina Applegate, and Christina Hendrix would love to have this name for their baby girl.

The name continued becoming a favourite ever since the release of the Demi Moore’s hit movie ‘Ghost’. Then again, in 2015, a Disney movie ‘Camp Rock’ featuring teen star Demi Lovato made it even more popular.

After the release of ‘The Great Gatsby’ remake, the name Daisy saw its rank soaring in the list of names for baby girls.

The Disney movie titled ‘Frozen’ made it a household baby girls’ name. This beautiful name means ‘oath of God.’

The name became popular because of an Oscar-winning actress, Gwyneth Paltrow who starred in ‘Avengers’ and ‘Iron Man’.

It is an exciting option for a baby girl’s name; the movie named ‘Juno’ had a titular character of this name.

In ‘This Means War,’ the character of Lauren received great acclaim. The name means ‘Baby Laurel,’ and since then, it has remained a preferred choice.

A professor from Harry Potter who is fearless and beloved, Minerva is a Latin word meaning ‘intellect.’ It’s the right choice if you are searching for baby names inspired by movies.

The name comes from Marilyn Monroe, Hollywood’s famous girl who is known for her beauty. The name has thus remained a sought after name.

A traditional Irish moniker in Batman, Quinn, is a character in the movie which is on the wrong side. However, the name does sound innocent and is a unique baby name from movies.

Here are 15 popular television character names that you are sure to find worthy of consideration before selecting one for your little one:

The 2000 HBO series ‘Sex and the City’ popularised this name. The name has an Irish origin, and it means ‘little and fiery.’

Archer had remained a favoured name since 2010 when FX’s Archer series premiered.

In ‘Games of Thrones’, the character with this name is shown as a kind-hearted person. Bran is a Welsh origin name meaning ‘raven.’

In ‘Gossip Girl’, Chace Crawford played the role of Nate Archibald. Since then, the name ‘Chace’ has held its position in the topmost preferred names for baby boys.

No one can forget the character, Chandler Bing, from the television series ‘Friends’. It can be a sweet and catchy name for a baby boy.

Drake is derived from the famous American sitcom, ‘Drake and Josh’.

Watching the X-Files made us think that aliens were real. However, it is the Special Agent, Fox Mulder, who made the show all the more interesting.

The dreamy guys on the drama series, ‘Beverly Hills, 90210’ had this character named Noah Hunter which was played by Vincent D. Young.

This name comes from a 90s television series, ‘My So-Called Life’. If you were into this American teen drama back in the days, you might want to consider this beautiful name.

On ‘Survivor’s Remorse’, Jupiter is the recurring cast member. The series is a basketball comedy produced by LeBron James.

Maxwell Sheffield captured our hearts in ‘The Nanny’. This sitcom character was shown a widowed producer trying to raise three kids on his own.

Another one from the ‘Game of Thrones’ series, this name is a little on the lighter side. The name means ‘lovers of horses’. Pippa is shown to be a strong character in the series.

In ‘Queen of the South’, Teo Aljarafe, played by Mark Consuelos, is shown as a smart lawyer who helps the female drug lord.

NBC’s ‘Will & Grace’ brought fame to this name in the 1990s and 2000s. The name still holds a high position when it comes to choosing a boy’s name.

In ‘Big Little Lies’, he is the cute little son of Shailene Woodley’s character, Jane. If you’ve followed the series, you’d know Ziggy is adorable in this series.

The R&B singer Aaliyah created waves with her album Age Aint Nothing But a Number. By 2012, the singer was at the peak of her career, and so was this name.

This name comes from Adriana La Cerva, a fictional character, ‘The Sopranos’.

The mystery thriller by ABC in 2010 put the name, Aria, on the list of the most preferred names for baby girl.

Arya is a favourite character for many from the HBO series, ‘Game of Thrones’. The name has a Persian origin, and it means ‘noble.’

This name goes well with the nickname Akki. The name has Sanskrit origin, and it means ‘the sky.’ In Vampire Chronicles, this name was used by Anne Rice.

The name comes from a popular thriller television series, ‘Carrie’. The name was also brought back to popularity in the show ‘Sex and the City’.

Crimson is derived from the fictional characters with the code name ‘Crimson Fox’ in the television series ‘Powerless’. This series is a comic book export and made this name quite popular.

Emma is taken from the fictional character, Emma Swan in ‘Once Upon a Time’. She is described to be someone with immense beauty and strength.

There was a sudden preference for this name in the 1990s as well as the 2000s because of the television show ‘Felicity’.

The name means ‘God is my strength.’ This unique and popular name is also the main character in a television series, ‘The High School Musical’.

Jessa is the main character from the HBO series ‘Girls’, who is a carefree woman living in New York. It can be a unique name for your baby girl.

Lorelai is a famous fictional character from the television series ‘Gilmore Girls’. It has quite a unique ring to it, doesn’t it?

Madonna is a fierce character in a television series ‘Midnight Texas’.

Winter is the name of a young bi-racial woman in the television series ‘Taboo’.

Naming your child after a famous fictional character has its unique charm. These names are already renowned and draw admiration. One assurance with baby names inspired by movies and television series is that they are different, and no one can ever dislike them.

10 Positive Qualities You Didn’t Even Realize You Have