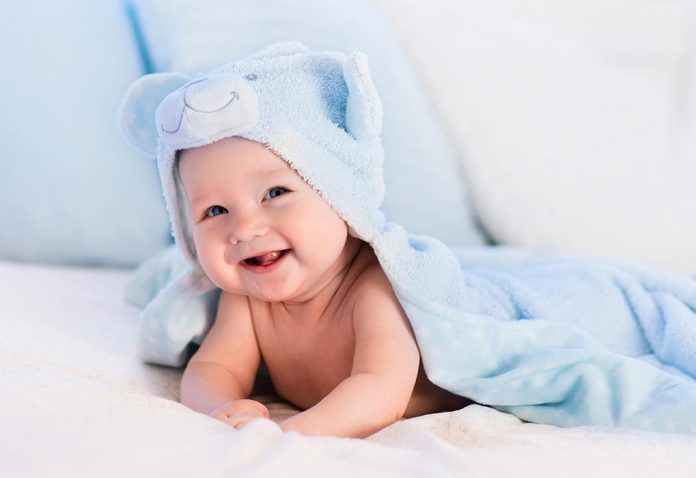 Your baby will eventually chart his/her future and develop a distinct personality. He will choose his path. However, you can choose a suitable name, and it will have a significant influence throughout his life. Preppy names are an obvious first choice when parents begin their search for baby names. We have sorted out the preppiest baby names for baby boys and girls to make your quest for a baby name a lot easier.

Here is a name with a literary connection. It is also the name of Adam and Eve’s younger son. The meaning of the name is ‘breath or vapour’.

Abbot refers to a man who is the head of a religious community of monks. The name has English and Scottish origins and it was originally a surname.

One of the cool preppy boy names, it means ‘father of multitudes.’ This name finds reference in American history and the Bible as well.

It is a Hebrew name that means ‘father of light.’ It was the name of the commander of Saul’s army and it’s also mentioned twice in the New Testament.

It means ‘sage.’ This Teutonic baby boy’s name can be the right choice due to its meaning and sound.

The meaning of this name is ‘noble and courageous.’ The name comes from the Roman clan name Artorius.

The name is an excellent choice for your baby boy. It is an English form of the Greek name Andreas. The word means ‘manly or masculine.’

Although it is an English surname, it refers to ‘someone who shoots an arrow’. Nevertheless, the name is widely popular amongst parents looking for preppy names.

The name has an Anglo-Saxon origin, and it means ‘from the broad ford or wide river crossing.’

It is an English name that refers to ‘broad meadow.’ Originally a surname, now it is more popular as a name.

Another preppy boy name that sounds exclusive. Originated in the 12th century as an occupational name meaning ‘one who transports goods’, in modern times, it has seen a lot of popularity.

A widely popular name in the European continent, it has a German origin, derived from the name Karl. The name got famous due to the many kings who have been named Charles.

Originally it means ‘a seller and maker of candles.’ Although it can be a feminine name as well,  it is more preferred as a baby boy’s name.

It is a unique name. It has an Irish origin and means ‘warrior-lord.’ It is derived from the Irish name Conaire.

It has a Scottish origin. It means ‘black stream.’ Derived from the Scottish Gaelic words dubh glas, this name is also a popular surname.

It is a classic one and sounds like one of those cool preppy boy names. It means ‘strong or firm.’ The name is derived from a Hebrew word and also has a mention in the Old Testament.

It is derived from the Greek word Elias. It means ‘Jehovah is God.’ Moreover, you can pronounce it a little differently—Ellyought.

A common English surname, this name means ‘son of Harry.’

The name has Germanic roots. Unique and full of personality and intelligence, it can be a perfect name for your baby boy. The name means ‘Ing’s raven’ and Ing was the Norse god of peace and fertility.

It is a Hebrew name that means ‘laughter.’ Isaac was the son of Sarah and Abraham as per the Old Testament.

The name originates from the biblical story of Jacob’s birth. It means ‘the one that supplants’.

A name of English and Scottish origins. The name means ‘keeper of horses.’

One name that is trending these years is this one. It is an English name that means ‘boundary gate.’

Derived from Hebrew, the name Nathan was the name of a prophet in the Old Testament. The name means ‘he gave.’

It is a name of Latin origin, meaning ‘bear cub.’

It comes from the Greek name Philippos which means ‘friend of horses’. It was also the name of the father of Alexander the Great.

While the name may see its popularity going down in recent years, it was once a famous name. The name means ‘son of Thom.’

The good thing is that it rhymes with ‘league.’ This Irish origin name means ‘poet or philosopher.’

A rather unusual name, it has an English origin and means ‘white field or acre.’

Here is another list for lovely and preppy baby girl names:

It is the feminine form of Alexander. It refers to someone who is the ‘defender of humans’.

Arabella is a Latin name which is derived from the word orabilis. The meaning of the name is ‘yielding to prayer.’

The name sounds cuddly and sweet. It can be used for both boys and girls.

The name has a country-side feel to it. It is a nickname for Elizabeth and quite a popular name on a television series.

It is another short form of the name Elizabeth. It is a Hebrew name that means ‘pledged to God.’

It is an English name of Scottish Gaelic origins. Originally a surname, this name means a ‘plain or field.’

It is a preppy baby name for your daughter. It is a perfect choice as it means ‘a cheerful and carefree person.’

It is one name that will never go out of style. It commonly comes as a reference with the phrase ‘chip off the old block’ meaning a child who takes after their father.

Here is a classic name that has its origins in Latin and Greek. It means ‘pure.’

More popular in the US as a female name, it refers to the ‘son of Ellis.’

This feminine name originates from the Hebrew name Elisheva. The meaning is, ‘My God is abundance.’

The name has a German origin. It means ‘universal.’

The name has an Anglo-Saxon origin. It probably refers to the beautiful green plant.

The name gained popularity in the 17th century. It has a Latin origin and can be a good choice for your graceful little girl.

An English name, this one means ‘heather field.’ The name is more famous, as it was the name of Ernest Hemingway’s wife.

It is a nice name for your daughter. After all, the meaning is so cheerful.

The name comes from a Greek word that means ‘purple colour or a flower’. How about this floral name for your princess?

The name has German origin and means ‘beautiful.’ The name has significance in Norse mythology as it means ‘Ing is beautiful’ and Ing is the god of peace and fertility.

It is a Scandinavian name for baby girl. Its uniqueness makes it an ideal entry to rich preppy girl names. It means ‘Jehovah has been gracious’.

Lark means ‘merry times’. Gift your daughter this name and wish happiness for her entire life.

The name is a short form of Elizabeth. It is a famous name in England, and it refers to ‘God’s promise.’

It is a Latin baby name that means ‘beautiful and lovable’. Ever since the 19th century, the name has maintained its popularity.

The name has a French origin, and it refers to ‘a woman from Magdala’.

It is a famous British name that is the name of fruit, and the name Plum is quite rare and unique.

The name has been popular since the 19th century and continues to be. The name has a Latin origin and refers to ‘a red flower’.

It is an English name that means ‘the colour red’. It is quite a literary touch to it, as it the name of the heroine in a famous novel by Margaret Mitchell.

This Latin name means ‘peaceful.’ If you are a sports fan, you already know the famous personality with this name.

It is a name with a sweet nickname as well – ‘Sam.’ The meaning of this name is ‘listener.’ This name has a Armaic and Greek origins.

This preppy name is derived from German and it means ‘mighty in war.’ It can be used as a nickname as well.

It is a funny and preppy name for your baby girl. This English refers to ‘white island.’ We all remember the famous singer Whitney Houston.

Preppy girl and boy names for your child will add a distinct trait to your child’s overall personality as he/she grows up. Give her one more reason to thank you as she grows up. Spend a little time and discuss with your spouse. You will surely find a name that you both like and equally suits your baby boy or girl. These strong and successful sounding names are a meaningful as well.

Winter Diarrhoea – A Common Problem during Winter and our Experience