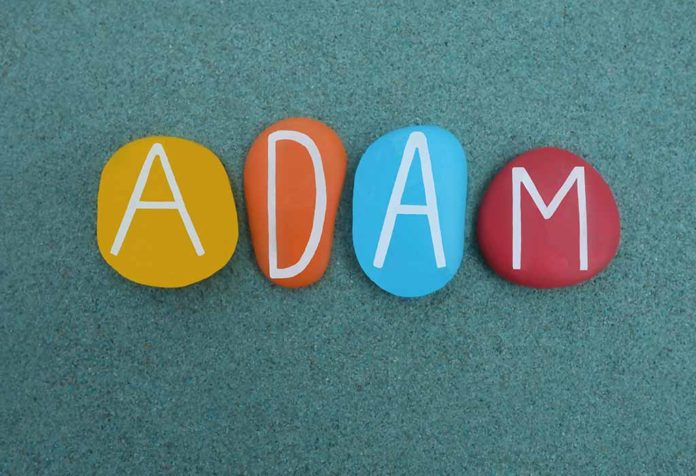 A surname is a significant indicator of a person’s family, tribe, or community. It is an essential part of our full name that becomes an essential part of our identity. The practice of last names varies by culture. As they denote genetic inheritance, surnames of one family unit represent identical surnames or may have variations. The usage of surnames has been documented in the earliest historical records. This used to be influenced by the individual’s occupation, father’s name, and location of birth or physical attributes. If you are curious about surnames of Romanian origin and usage, you can find comprehensive information on such aspects and their importance and trace back your Romanian family descent.

Surnames usually appear before a forename as per the Romanian tradition. A majority of Romanian surnames are derived from Romanian, the official language of Romania, along with other European languages. Romanian, the official language of Romania, is the most of the group of languages called Eastern Romance languages. It was customary for a Romanian child to take their father’s family name until the 19th century. Exceptions included a few famous people or the nobility (boyars). Around 1850, the name reform was introduced, which changed the names to a western-style, especially with origins in France. This resulted in the formation of a given name followed by a family name. They are often derived from occupations, locations, nicknames, and events. Women usually took their husband’s last names after their wedding.

Many Romanian family names have Slavic origins or are based on the Romanian Orthodox calendar, Roman heritage, and romance. Royal Romanian last names throw light on Romania’s rich ancestral lineage. Romanian patronymic surnames use ancestral suffixes –escu as a common convention which means ‘son of’ and hints at the origin of the name. Other rare Romanian last names have suffixes like -Äƒscu, -eanu, -anu, -an, -aru, -atu, or –oiu that aid in identifying ancestral nationality and carry the lineage forward. In fact, -aÅŸcu or -Äƒscu corresponds to the Latin suffix -isus and means “to belong to the people.” Most often, Romanians in France altered the ending of their surnames to –esco or -esque as per the French pronunciation instead of the Romanian pronunciation of -scu. The Romanian suffix -anu (or -an, -anu) indicates the ethnic or country origin, while other suffixes like -aru (or oru, -ar, -or) indicate an occupation. -ei, usually preceded by A- in front of a girl’s name, is a feminine genitive inherited from Latin. Romanian surnames with matrilineal roots are common in the historical region of Moldova.

In rare cases when the father was dead, or paternity was not established, matronymic surnames were used. Romanians bearing names of non-Romanian origin may adopt Romanianised versions of their ancestral surnames while preserving their original pronunciation through transliteration. Parents contemplating choosing a name for their newborn child must ensure it flows well with the last name, collectively represents family values, and can be registered following the Romanian legal system.

Romanian family names remain the same regardless of the gender of the person. Surnames provide an enormous amount of information and are fundamental in family research. Hence, make sure that the meaning justifies your choice. Here is a rounded up of the most common Romanian last names and their meanings that will help to appreciate the Romanian family system and its unique heritage of surnames.

This surname of English and Scottish origin means “son of Adam.” It comes from the Hebrew personal name Adama, which the first man bore. Adama means “earth” in Hebrew and connects to the Greek legend that Zeus created the first human beings from earth.

Adrelean comes from the Romanian region of Ardeal, which is also known as Transylvania. It might have originated from erdo that means ‘forest’ in Hungarian.

Alexandrescu comes from an ancient Greek name, “Alexandros,” a compound of alexin, which means ‘to defend.’ Andros, the genitive form of aner, means ‘a man,’ which together forms “defender of men.”

Balan means ‘blond’ and also refers to a town in Romania.

The Romanian word for man is “bărbat.” This surname comes from Barba and means ‘bushy beard’ or “the bearded one.”

Bogdan is composed of Slavic words bogu, ‘god’ and dan, ‘given,’ which means ‘god-given’ or ‘gift of God.’

The Romanian name București comes from a person named Bucur. The suffix -ești is used for settlements derived from personal names. Bucur is the legendary Romanian shepherd, founder of the city of Bucharest. The Romanian word bucurie means “joy,” which is cognate in Albanian; bukur, which is believed to be of Dacian origin, means “beautiful.”

This occupational surname is given to the shepherd community of Romania as Cioban means ‘shepherd.’

Derived from the word ‘cojoc’ meaning ‘sheepskin,’ this occupational surname is given to ‘someone who manufactured coats using sheepskin.’

A diminutive of the Medieval Latin personal name Constantine or Constantinus, this surname means “constant” or “steadfast.”

Craioveanue refers to ‘a person from the Romanian city Craiova.’

Cretu comes from the word ‘cret,’ meaning ‘curl.’ It refers ‘to someone with curly hair.’

This Romanian form of Christian surname means “a Christian.”

Dalca is of uncertain etymology and means ‘’lightning.’

Daniel comes from the Biblical name, which means ‘God is my judge’ in Hebrew.

Derived from the Latin personal name Darius or Greek Dareios, Darius means “possessing goodness.” It also means “rich and kingly,” as per the Persian name Dariush.

Dascalu comes from the word ‘dascal’ meaning ‘teacher,’ ‘schoolmaster,’ or an ‘instructor.’

Dragavei refers to ‘someone who lived close or had a field of Curly Dock plant.

Dumitru comes from the ancient Greek name Demetrios that comes from Demeter meaning ‘mother earth.’ Demeter was the goddess of grain and harvest. This surname means ‘of Demeter,’ ‘dedicated to Demeter,’ or ‘son of Demeter.’

This Basque surname means “handsome.” It comes from the Hebrew Baby name meaning ‘flock.’ The biblical tower of Eder was a watchtower from where shepherds watched their flocks. So, Eder became a symbol of God’s watchfulness over His people.

This occupational surname refers to a fisherman’. It is also a topographical surname given to ‘someone who lives close to a fish weir on a river.’

This Romanian surname refers to ‘ropemaker.’

A variant of George or Greek Georgios or Gheorghe, meaning “farmer.”

This Romanian surname means ‘son of Grigore.’ It comes from the popular Christian form of the ancient Greek name “gregorian,” a word that means ‘to be awake or watchful.’

This occupational surname is equal to ‘a General.’

This South German and Jewish topographic name comes from Middle High German hof, meaning ‘farmstead’, ‘manor farm,’ ‘court.’ The suffix -er refers ‘to someone who lived at, worked on, or managed a farm.’

Ion is a Greek name after the mythical founder of the Ionians. The Romanian Ion is equivalent to the English name John found in the Hebrew Bible name Johanan.

Luca comes from the Latin Lucas, which means “bringer of light” or “lucus,” which means “sacred wood.” Luca means “man from Luciana” in Italy.

Lungu is a surname of the Lozi tribe, meaning ‘April,’ or ‘the water stands still.’ It comes from the cognate of Long that comes from Ireland. Some are of Scottish, English, and Norman descent.

Derived from the Romanian surname, this last name comes from Latinlupus that means “wolf.” It comes from Lupo, FrenchLoup, SpanishLópez, and PortugueseLopes or Lopo.

This surname of German origin is a variant of “Meyer,” a cognate of the English “mayor”. Maier is a boy’s name of Hebrew and Latin origin and means “farmer,’ ‘bright,’ ‘shining,’ or ‘larger.”

Marcus is an ancient Roman and pre-Christian origin name derived from the Etruscan, marce or mar, which means ‘to harvest’ referring ‘to the god Mars.’

A variant of the English name Matthew, Matei means “a gift.”

Munteanu is an ethnic name ‘for someone from Wallachia Romanian Muntania’ or ‘the mountain region.’ This topographic name comes from muntean ‘mountain dweller.’

This German surname comes from “miller,” derived from the Middle High German mülnære or müller.

Derived from the Romanian negru “negro,” Negrescu means “son of a person with black hair.”

This Romanian surname means “son of Nicolae.” The name ‘Nicolae’ is the Romanian variant of ‘Nicholas,’ which in Greek means ‘victory of the people.’

Pichler refers to ‘someone who lives on or by a hill.’ It comes  from pichl, pühl ‘hill’ in Tyrol. Pichler is a German nickname for a drinker as picheln means ‘to drink.’

This surname comes from the Romanian word popa meaning ‘priest,’ ‘pastor,’ or ‘clergyman.’ It may also have come from Slavic ‘pop,’ which refers to the Picts, the ancient Scottish people.

Radu is a diminutive of Slavic names that begin with “rad” and means ‘happy’ or ‘willing.’

Rosu means ‘son of Roman.’ It may refer to ‘descendants of the Romans from the Roman Empire.’

Sala in Romanian means ‘hall,’ ‘chamber,’ or a ‘large house.’ It is an occupational surname given to ‘a worker at a manor house.’

A short form of ‘Alexandru’, Sandu is a variant of the Greek name Alexander, which means ‘defender of humanity.’

A variant of the name ‘Stoyan,’ Stoian originates from the Bulgarian word ‘stoya’ meaning ‘to stand.’

Suta means ‘left-handed’ and was given to ‘people who used their left hands for work.’

Tecuceanu refers to ‘someone from the city of Tecuci in Romania.’

The toponymic surname refers to ‘people with their origins in the country of Hungary.’

A variant of the Romanian word ‘safir,’ Zamfir means ‘sapphire.’ The occupational surname refers to the traders in jewels or those who worked as jewelers.

Although Romanian given names appear before family names, official documents invert the order, mainly for filing purposes. This can make Romanians introduce themselves with their family names first. Regardless of the tradition or practices, it is important to remember that the last name should sound well with the first name, spelling, and syllable and appear unique.

6 Unhealthy Drinks Babies Shouldn’t Have – Give Them These Drinks Instead!

Have a Baby Only When You’re Ready, and Plan Well for the Big Day!

How to Firm Up Saggy Breasts With Simple Remedies

Bloodstained Vomiting in Infants – Reasons and How to Cure It