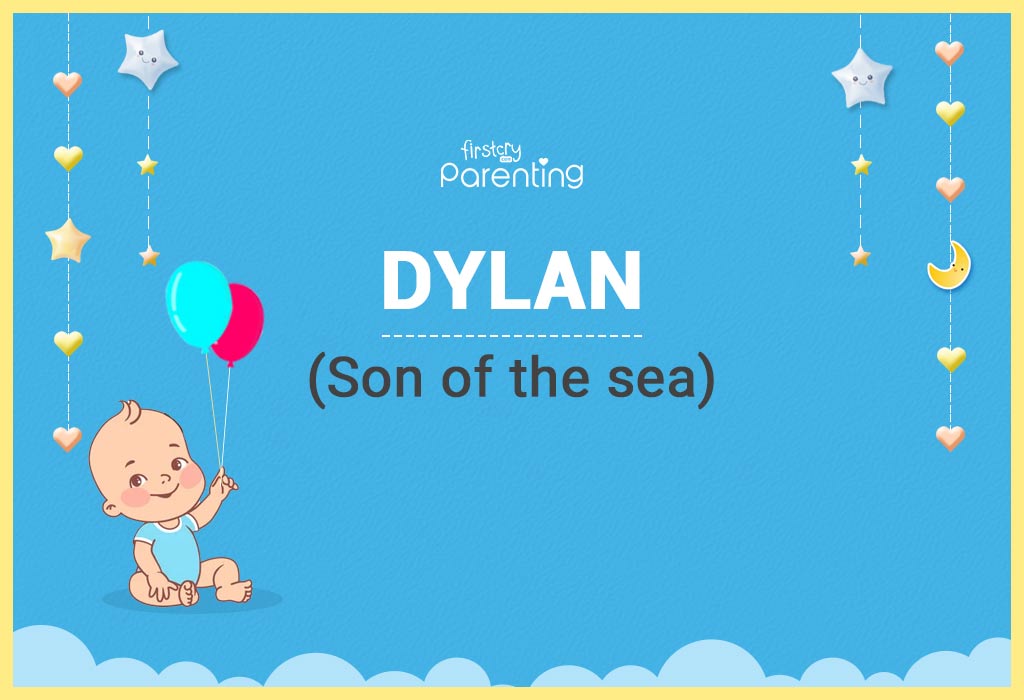 Dylan is a Welsh name that is traditionally bestowed upon boys. The nautical ties of this persistently popular name are further strengthened by its use in Welsh mythology, appearing as a ‘god of the sea.’ He’s a subtle choice for those looking to show their love of the oceans per the Welsh mythology since Dylan was connected with the Celtic word for “sea” or ‘god of the sea.’ Dylan can also mean “From a Large Sea’ or ‘Winner of Mind.”

What Does Dylan Mean?

Derived from the Welsh dy, meaning “great” and llanw, meaning “sea” or dylif, meaning “flood,” Dylan refers to “son of the sea” or “born from the ocean.” In this regard, the meaning of Dylan can be understood to be someone with a great affinity for the sea and ocean. In this regard, it makes a great name for parents who love water activities or love the peace and tranquility that is associated with water.

Dylan is a surname and a unisex given name, meaning “son of the sea,” “son of the wave,” or “born from the ocean.” Dylan ail Don was a character in Welsh mythology. Still, the popularity of Dylan as a given name in modern times arises from the legendary Welsh singer and songwriter Dylan Thomas. They drew substantial public attention to the name in both England and Wales.

The other spellings for Dylan with alternative spellings cater to some parents who like to think differently of a classic name. Here are some Dylan name variations that might sound phonetically different but carry a similar vibe as the given first name:

How Popular Is the Name Dylan?

Considering one of the most popular names for boys in the United States, Dylan has never really faded out of style. The Dylan popularity index as a first name is owed greatly to the Welsh poet Dylan Thomas. In the 90s, the debut of Dylan McKay, the main character in the teen drama series “Beverly Hills 90210,” also contributed to its popularity. According to Social Security Administration data, Dylan remained consistently popular, maintaining its position in the top fifty since 2000. It even enjoyed a spot in the top 20 in 2003 and 2004, with the Dylan baby name ranking peaked in both years at no.19. It’s an alternative spelling, Dillon, which is often used fie percent. As per the latest data, Dylan ranks at the 43rd position as the most popular name for boys in the United States.

Search trends for the name Dylan show a consistent value of over 38 over the last ten years, reaching 100 in Oct 2016 as per the search trends. The lowest score was 36 on Dec 2021 on the popularity scale.

Interest in Dylan – the US

The Popularity of Name Dylan

According to the global trends, Dylan has been searched the most in Ireland, followed by Australia, New Zealand, the United States, and Canada in the last ten years. Due to Dylan has attained maximum popularity there. Due to the large presence of Welsh immigrants in Ireland, Dylan, with its Welsh origin, has found widespread appeal among parents.

Search Trends of Dylan – the US

Among the metro cities in the US, Vermont has registered the highest search value of 100 in the last ten years. Rhode Island, Maine, Minnesota, and Massachusetts have made it to the top five positions in the US, where search trends for Dylan have been recorded as the highest.

Middle Names That Go With Dylan

Middle names have a unique appeal that honors family members or celebrates your heritage. Here are some double names with Dylan that sound good with it:

Famous people called Dylan are the real inspirational role models that the younger generation needs to know about and idolize to draw inspiration from. Here are some fascinating options that may catapult your child to fame:

Baby names like Dylan are similar yet different in their style and phonetic impact. Dylan’s family names can form a social address by virtue of which one is located in the social universe they inhabit. Here are some fascinating other names for Dylan that may fit your bill of a good baby name:

Dylan’s rhyming names have the same or similar ending sound to create a poetic sound. Here are some names that rhyme with Dylan for a lyrical effect:

The most creative nicknames express affection that can be conveyed most endearing or funny manner. Here are some suggestions of nicknames that are shortened or modified variations on a person’s real name:

Most boys named Dylan are adventurous in spirit and teeming with youth. Despite showing a steady decline in its popularity since 2004, Dylan remains a fascinating choice for anyone looking for a strong masculine Welsh name beginning with the letter D.