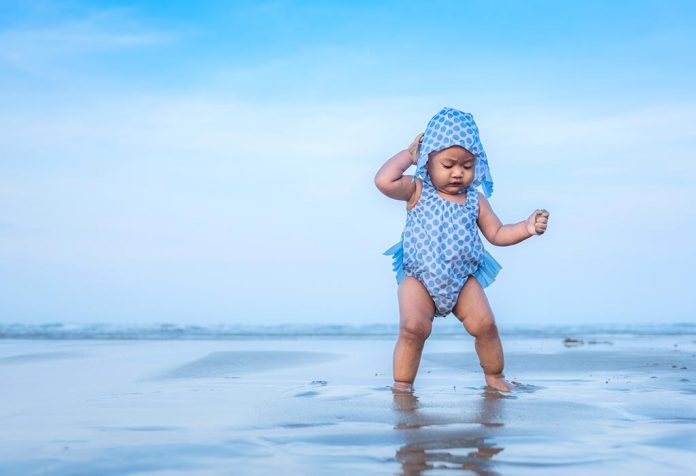 Every parent has a different logic in selecting names. These days people look for ocean-related baby names. One of the reasons being they want their child to have an all-encompassing nature like the ocean. Also, life should be as vast as an ocean, where boundaries cannot be seen. It is a prevalent belief that a child might resonate to their name. It may affect what the child grows into or how they behave. They might move towards a profession related to their name.

With all these things in mind, we have prepared a list of names for both boys and girls that signifies ocean.

Following is the list of 30 ocean names for girls or related to it:

According to Greek mythology, she is the Goddess who defeated the God of Sea to decide who would look after Athens.

This baby girl name is one of the coolest ocean names of Hebrew origin. It means strong, powerful or noble.

It is an excellent name for babies born under Pisces, Scorpio and Cancer zodiac signs. The name has an enticing meaning too! It means ‘she who walks on the sea’.

This exquisite name comes from the German word Blume and means ‘flower’. Initially, this name was given to someone living near a grassland.

The name Beryl means ‘sea-green jewel’ or ‘a crystal of yellow or green colour’. This name is of Greek origin and will suit your angel, especially if she has green eyes!

The short and cute name Cari means ‘one who flows like water’. It will be great to name your daughter Cari to bless her with life as smooth as the flow of water.

Coraline is an English inspired name which means ‘from the coral of the sea’. Corals add beauty to the sea similarly like your kids add beauty in your life.

If you are looking for stunning girl names meaning ocean or sea, your search should end up here. Belonging to Latin origin, it means ‘heart; daughter of the sea’.

The feel of this name is very ecstatic in itself. The name originates from Persia and means ‘Sea’.

The elegance this name holds is genuinely incredible. It is a name of Greek origin and means ‘gift of the ocean’. And which parent will not agree to it that children are indeed a gift in our lives!

The name is quite quirky and will be apt for parents searching for a unique name. The meaning is appealing too. She is the ‘goddess of beauty, war, and love’.

This name sounds so graceful and is of Scottish origin. It is an unusual water name and means ‘arm of the sea’.

It is an elegant choice of name for your daughter. It is an Italian alternative for Guinevere and means ‘white shadow, white wave’.

It is quite popular and loved name in the U.S. It is of Hebrew origin and means ‘my wave’.

This name originates from Japan and means ‘beach, seacoast, seashore’. It will be the right name for a girl born near the coast/shore.

It is the name of two towns in Australia and is occasionally a name chosen by parents looking for ocean themed baby names. It means ‘by the sea’.

For Greeks, this name means ‘pure’ while for Hawaiians it is ‘the sea’. What a beautiful name for your darling daughter.

This name of Hawaiian origin is truly a tribute to the ocean and the force that nature holds! It means ‘power of the ocean’.

It is the name of the main female lead in the popular video game series: Kingdom Hearts. It means ‘sea’.

This name belongs to Hawaii again and it means ‘afloat in calm waters’. It must be everybody’s dream to lead a peaceful life! So bless your child with this beautiful name.

An Italian origin name which means ‘pond or lake’. It is also a famous spot in California.

It is a variation of name Mary and means ‘ocean tides’.

This sassy name is not so popular in the U.S. because of the name Melissa. It means ‘of the sea’.

This name of French origin sounds so graceful, and it means ‘defender of the sea’.

This cute name has Irish roots, and it is a supremely loved ocean name. It means ‘star of the sea’.

A name inspired by the ocean cannot be so perfect than this! It means ‘of the ocean’.

It is the name of the Goddess of the sea, aquatic animals and the underworld.

It sounds so gorgeous but is uncommon. It is of Greek origin and means ‘the sea’.

As precious your daughter is to you, the name justifies it too! It means ‘gem of the sea’.

This name will help your child stay rooted in challenging situations in life. With its roots in the Greek language, this name means ‘power or strength of the sea’. 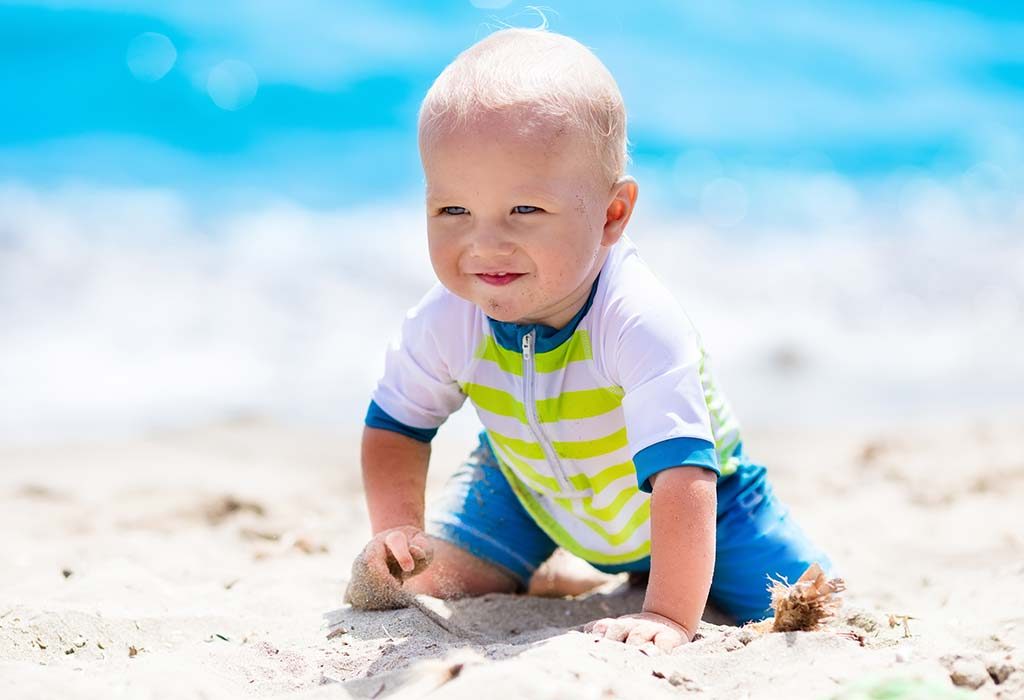 Are you looking for some ocean names for boys? Following is the compiled list for the same:

It is a name of Indian origin which means ‘ocean’. It is also popular in the U.S.

Another cool name in the ocean baby name list, this name sounds so handsome and means ‘waves’.

This name is an apt choice for parents looking for an exotic name. It means ‘fishermen’ and is of French origin.

It is such a famous name and is inspired by Bruce Lee (renowned martial artist). It means ‘be like water’.

This is a unisex name and will be loved by parents who enjoy sand, sun, and waves.

This name is probably inspired by the large salty lake between Asia and Europe. It is one of the most favoured names in the U.S.

Amazed by the creativity parents possess these days, Cliff is one of the most loved ocean-inspired baby names. Cliffs are found near most water bodies.

Originating from Spain, this name means ‘of the sea’. It is a cross-cultural name with a fantastic maritime meaning.

This quirky name is of Turkish origin and means ‘sea, waves’.

How cool is this name as it means ‘friend of the sea’. Also, it is a widely kept name in the U.S.

It sounds like the name of a good-looking gentleman. You will want the same for your baby boy. It means ‘fishermen’.

It looks like a name for a chubby baby, but it isn’t so. Fury means ‘Nothing can be more violent than the sea’

This name is of Scandinavian origin and means ‘sea competition’. It is also the name of a beautiful island.

It sounds like a royal name as there is a car by this name. But since it lies in the category of an ocean name it is ‘a species of the dolphin’.

This is quite a popular name in the states and means ‘green river, sea friend’. It is of Scottish origin and is used as a surname as well.

This name means ‘a place by the fountain’. Name your child Kelby and wish your child’s life remain as joyful as a place near the fountain.

This cute little name belongs to the Irish God of the sea.

This serves as a first name to many as well as a surname. It is of Latin origin and means ‘of the sea’.

This exquisite name means ‘sea channel’. It has its roots in the Latin language.

It is of Welsh origin and means ‘sea hill’. Name your child Marvin, so that he reaches excellent heights like a hill and remains calm at the same time due to the sea.

A child with this name will have a significant relation to the ocean. He is the African God of Love and sweet waters. He is also the protector of the Oshun River.

It is named after the largest ocean on the planet. It is a famous name in the U.S. but has Latin origin and means ‘tranquil’.

As cool as it sounds, it is quite befitting ocean baby name as well. It is the Greek word for ‘ocean’ and is a regal choice of name for your baby boy.

It is a fascinating name for your cute baby boy. It is of Irish origin and has multiple meanings, namely, ‘abundance, prosperity, floodtide, raffish and jaunty’.

It is a prominent choice of name in the U.S. and means ‘underwater ridge’.

This celebrated name in the U.S. is after the Tasman Sea lying between New Zealand and Australia.

He is the Greek God who served as the sea’s messenger and was the Son of Sea God Neptune.

Another ocean baby boy name which is named after the Tiger Shark.

It is the name of an ancient ocean and will be apt if you are looking for some unique name for your baby boy. If we look in Greek mythology, he is considered to be the titan related to the sea.

This is a common and apt name for people looking for an ocean-based name. It is the name of an Indian God associated with the sea and the sky.

Ocean and other water-bodies represent tranquillity. But at times, they can be so powerful that they can destroy anything that comes their way. We want our children to be such, calm but steady!

Hence, we at FirstCry have compiled a list of ocean baby names to choose the best one for your child. We hope this list of baby names that mean ocean helps you to find a name that suits your child today and for a lifetime! Till then, Happy Parenting!