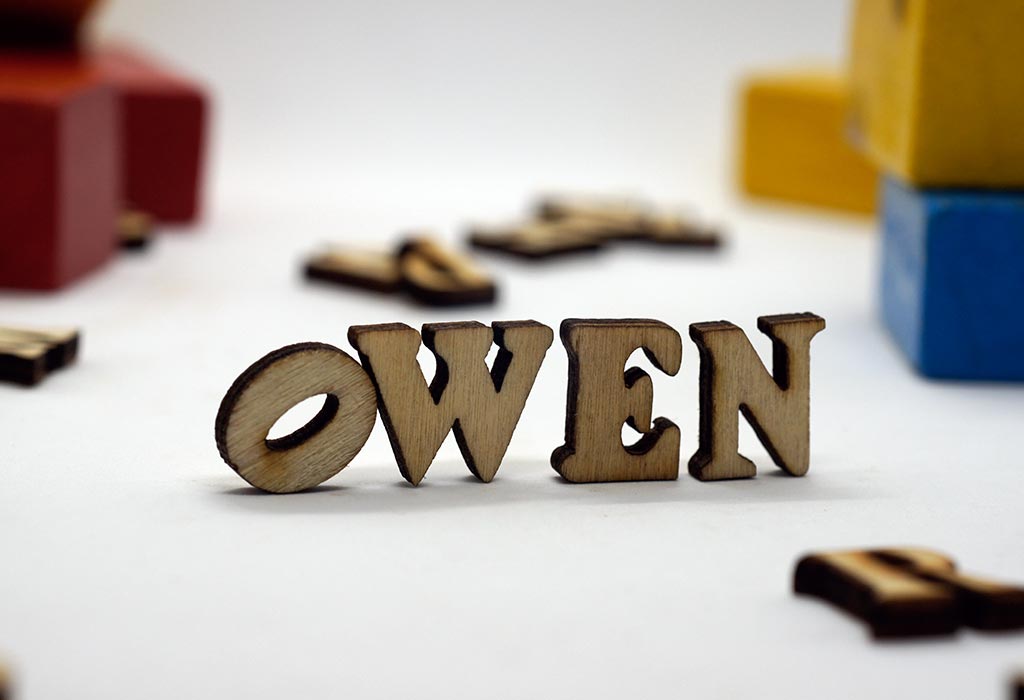 Traditional names are on the rise, and Owen is one of the traditional names that deserves more attention and usage due to its impressive roots and meaning. Perfect for warriors and leaders, the name has been considerably unpopular recently. Here we learn more about the name and why it deserves greater attention.

What Does Owen Mean?

Belonging to Welsh and Celtic origins, the name Owen is one fit for leaders and warriors. The meaning of Owen, which is a combination of the Welsh Owain and the Celtic Eoghan, is “young warrior” or “well-born.” The name also has immense historical significance, owing to St. Owen, a Benedictine monk and a follower of St. Chad. While it is historically significant, the short name gained specific prevalence and usage between the 1990s and early 2000s, evident from many celebrities bearing the name.

The origin of the name Owen can be identified to be Greek. While Owen is made up of Welsh Owain and Celtic Eoghan, both these names are derived from the Greek term ‘eugenes.’ This term comprises the element ‘eu,’ meaning “good,” and ‘genes,’ meaning “born.” In this regard, the root and primary origin of Owen can be stated to be Greek.

How Popular Is the Name Owen?

The Owen popularity index in the case of the US can be understood through the means of SSA data on baby names for each year. As per this SSA data, it can be observed that despite minor fluctuations, the average Owen baby name ranking has been improving every year. Specifically, the name has been in the top 150 names for boys since 2000. However, the name entered the top 100 in 2002 and the top 50 in 2010. It has consistently been in the top 25 since 2018, apart from ranking 23 in 2016. 2019 recorded the highest lowest ranking since 2000 at 21. This implies that the name has been gradually gaining importance and usage among new parents in the US.

Interest in the name Owen has been consistently positive, recording a popularity score above 60 throughout the decade. The immense popularity of the name made it reach the score of 100 twice, in September 2012 and August 2015. The lowest score was reached at 63 in March 2020.

Interest in Owen – US

Interest in Owen has been comparatively lesser in the US over the last decade. The name reached the highest popularity with a score of 100 in August 2015. Although it maintained popularity above the scale of 50, the lowest value recorded is 53 in March 2020.

Popularity of the name Owen

As per global search trends for the name, Canada has generated the highest searches. This is followed by the UK, Ireland, New Zealand, and Australia, which round up the top 5 countries generating the most searches.

Search trends of Owen – US

Middle Names That Go With Owen

Middle names have become an essential part of Western culture. In this regard, choosing double names with Owen can help your son become a part of this glorious tradition. Some ideas include:

Celebrities with a certain name can immensely help increase the popularity of the name among the newborns in the following years, influencing the decision and choices of the parents. So, if you want to get inspired to name your son Owen, here are some namesake celebrities:

Similar baby names like Owen that exude the same sense of regality can help you shortlist the names further to select the one that suits your fancy. While possessing one of the most suitable family names for Owen is crucial to make the full name sound appealing, some other names for Owen include:

Names that sound similar to Owen can also help you maintain the name’s integrity while adopting a route unique by going for phonetic similarity. In this regard, these names that rhyme with Owen can also help to inspire you regarding unique and new names:

Sibling names that go with the name of your first child are crucial to maintaining harmony and balance between the names of all the children. In this regard, you need to be as careful when selecting feminine sister names for Owen as you would be when choosing attractive brother names for Owen.

Nicknames are the perfect way of expressing your affection for your baby. While these often may not make a whole lot of sense, you can easily put all your emotions and love towards them with adorable and often wacky nicknames. Some suggestions include:

Choosing a name can be one of the easiest but also one of the most mind-boggling tasks. So, if you find yourself debating which name to use, look into this information on Owen, a classic name that has stayed attractive and relevant over the decades and centuries. Even if you choose not to name your child Owen, the many variations, similar names, and similar-sounding names can help you choose one efficiently.