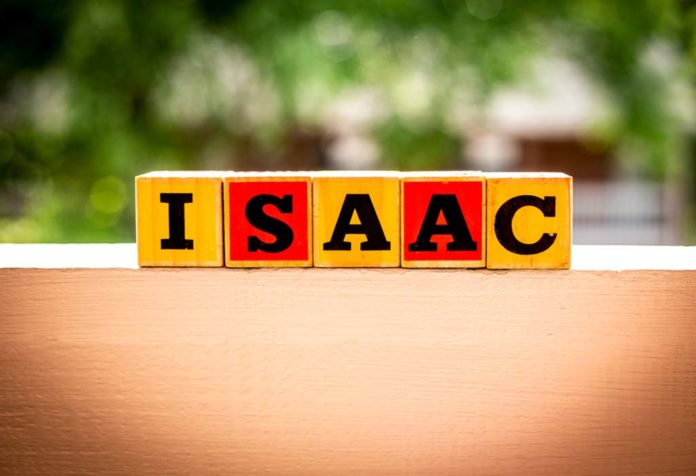 The name Isaac is unique, and because of this reason, the name has never faded out of the limelight. Apart from being a one-of-a-kind name, it has a beautiful meaning with its roots in Biblical origins. This name did not receive significant popularity in the 90s; however, it was within the top 200 names in 1910, followed by 1970.

What Does Isaac Mean?

The meaning of a name is quite integral when it comes to naming your child. The name Isaac is derived from the Hebrew name Yitzhak meaning “he laughs.” The meaning of Isaac is “one who laughs” or “one who rejoices.” The name’s meaning in Latin or Swedish is quite similar denoting “one who brings laughter.” The name comes from the Old Testament, where Isaac is the firstborn child of Abraham and Sarah and the father of Jacob and Esau. Isaac is also among the three biblical patriarchs, due to which the name is mostly popular among Christians, Jews, and Muslims.

The meaning and spelling of a name can vary in different cultures and religions. In most cases, the different Isaac name variations would denote the cultural significance of the name in different parts of the world. In the following list, we have listed some of the other spellings for Isaac:

How Popular Is the Name Isaac?

The popularity of the name Isaac has evolved with time. The name did not receive deserved recognition in the early 19th century and was lost for a prevalent amount of time. The popularity of the name returned in 1995, after which the name has maintained a stable ranking in the baby names list. Concerning the Isaac popularity index, the name has remained in the top 55 ranks in the US. Data from the Social Security Administration shows that the name still hasn’t entered the top 10 list in the US. However, its stable ranking shows the potential of it happening shortly.

The name ranked 53 in 2000, from where it gradually went up to 37 in 2008 and 35 in 2011 as per SSA. According to the Isaac baby name ranking, the name successfully entered among the top 30 in 2012. The name ranked 28 in 2013 and was consistent as 31 from 2014 to 2016. The popularity of the name dwindled in the following years, with its rank being 39 in 2020. Although the name has slipped from the top 30 list, its distinctive nature makes it plausible for the next generation to use it much more than the previous generation.

The interest in the name Isaac has been overall consistent for the last 10 years. The name reached a rank of 100 in August 2012, after which the popularity dimmed. The name has been above rank 15, which signifies it not being a popular name in the world. However, the name spiked in April 2021, followed by September 2021, which suggests the scope for its increase in popularity.

Interest in Isaac – US

Popularity of the name Isaac

According to the worldwide search trends, the name Isaac has been the most searched Ghana with a rank of 100, followed by Uganda in 72. Dominican Republic, Puerto Rico, and Kenya are some regions where the name has been actively searched.

Search trends of Isaac – US

The search trend of the name Isaac in the US regions has been observed the highest in Louisiana with a rank of 100 and Alaska with 88. The other regions where the name is the most searched are Mississippi, Indiana, and Florida, respectively.

Middle Names That Go With Isaac

Choosing the middle name for your child can be as daunting as selecting the first name. Therefore, it is important to select a middle name that goes well with the first name and preserves the beautiful meaning of Isaac. Some of the double names with Isaac are as follows:

Many a time, people derive their inspiration of names from celebrities. They are also one of the reasons leading to the increasing popularity of a particular name. In this following list, we have gathered some of the famous celebrities named Isaac:

For baby names like Isaac, there are many variations of the name worldwide with similar meanings. So, we have listed such names along with family names for Isaac. The list also consists of other names for Isaac that can be considered as alternatives for the name:

In this world, a name can sound similar to many other names. Parents sometimes cater to those other alternatives if they find it be suitable for their child. Some of the names that rhyme with Isaac are as follows:

Nicknames are usually by close friends or family members for affectionately calling a person apart from their proper name. Often nicknames have a touch of humor and are a great way to greet your child informally.

The name Isaac is one of the most beautiful names that has not received the reputation it deserves. Although the name has not been used for a decade, its presence has been stable from 1995 and more so from 2000 onwards. A significant increase in the use of the name can be observed in the present time since the name has maintained its consistency among the top 40 names in the US. Thus, a further increase in the name’s popularity can be forecasted in the future.

15 Things You Should Do When You Have a Baby

Having Eggs and Milk Together – Is It a Safe Food Combination?