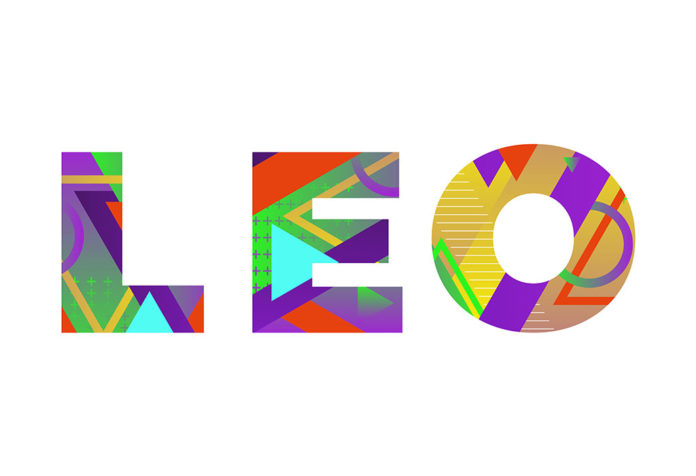 In This Article
Leo is a masculine name from the Latin word Leo, which comes from the Greek word meaning “lion.” It can also refer to the name Leonard or Leopold. In Spain, Leo is a holy oil used for anointing in the church. It is also the name of the fifth sign in the astrological zodiac, and there is a constellation named Leo as well.

What Does Leo Mean?

Leo can have a German, Italian, African American, and Spanish origin, with most meanings being close to each other. Dating back to Roman times, several Popes, Christian saints, emperors, and kings have been bearing this name. For stargazers, Leo is the fifth Zodiac sign and a constellation shaped like a lion. Ending with an appealing O sound, Leo names have lots of appealing inspirations like lions, gold, and the sun, to name the three main Leo symbols, elements, and colors associated with Leos. This three-letter name has thus become quite popular among the English-speaking nations of the world, proving its universal appeal.

How Popular Is the Name Leo?

Leo was initially more popular in the late 19th century and early 20th century than it is today. According to Social Security Administration data, the Leo popularity index has steadily increased over the past 13 years after ranking in the 400s for all the 1900s. Leo also held some relative popularity in the early 20th century, ranking in the top 100 from 1900 to 1937. The Leo baby name ranking ascended to the top 50 in 2018 after making quite the jump from 389 in 2000. The sudden rise in Leo has been partially attributed to the writer Leo Tolstoy and actor Leonardo “Leo” DiCaprio. Various celebrities have also chosen Leo to be the name of their sons, including Penelope Cruz and Javier Bardem, actress Kim Raver, NASCAR driver Jeff Gordon, and Kristin Olson. Character names appearing in The West Wing, Charmed, Grey’s Anatomy, and Seinfeld have also given this name its much-needed boost in terms of popularity.

A consistent search value of over 80 has been recorded on interest for the name Leo reaching 100 in Sept 2014. The lowest value was recorded was 58 in Oct 2021.

Interest in Leo – the US

Popularity of the Name Leo

Interest in the name Leo has been seen to be highest in Tanzania in the past ten years. Austria, Switzerland, Luxembourg, and Cote d’Ivoire have made it to the top five positions. Due to the influence of the German settlement and British colonization, Leo, with its German and Latin origin, has been well received by the parents of Tanzania.

Search Trends of Leo – the US

Among the sub-region of the US, Florida records maximum searches for the name Leo over the last ten years. District of Columbia, Hawaii, Louisiana, and Virginia are the top five cities where search trends for Leo have been recorded to be the highest.

Middle Names That Go With Leo

Placed between a first name and a surname, a middle name denotes a person’s qualities or affinities. Here are some suggestions of the best double names with Leo that may allow the child to choose between them:

Celebrity names often inspire parents who have been hero-worshipping these famous personalities. Here’s a round-up of some of the popular personalities named Leo, who have made significant contributions in different fields:

Baby-names like Leo can be connected via similar style, image, meaning, or origin. Family names for Leo need to be unique enough to complement the given name. Here is an updated list of some of the other names for Leo that may project the same vibe:

Names that rhyme with Leo can be phonetically matched with certain limitations of pronunciation, accent, and differences of spellings. Here are some names that sound like Leo that may have the same desired effect on the listeners.

Sibling names can be crafted keeping their similar origin and meaning in mind. Here are some of the best sibling names that go with Leo to establish a pattern between them and help you find the perfect match:

Assigning nicknames to kids may seem pretty arbitrary, but they can be a way to express a sense of belonging. Here are some nicknames for the name Leo that may be cute or funny without being embarrassing after the child grows up:

One of many nicknames elevated to first-name status, Leo can serve as a nickname for Leonardo, Leonard, Leopold, and Leon, or it can stand on its own. This short and sweet name is a constellation name with a brave meaning that makes it a cool pick for any astronomy lover. No wonder it is inching up the charts and charming the parents of today.

10 Common Parenting Issues and Their Solutions

Cryptic Pregnancy- Causes, Symptoms, and How to Detect It

What Are the Different Methods to Reheat Pizza?