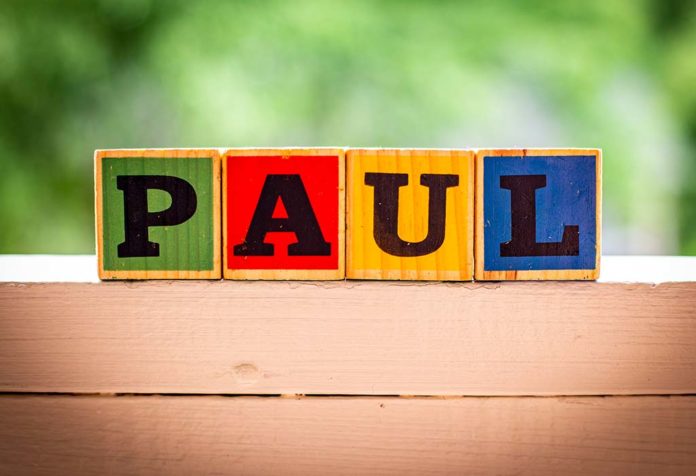 In This Article
Paul can be a meaningful name for your future son. The name has come from the Roman family name Paulus or Paullus. The Latin adjective means “humble” or  “small.” In the Bible, there is the mention of the name Paul, and in the Hebrew language, the word means “little.” The name is also common in other European languages, including Spanish, Portuguese, Italian, Greek, Russian, German, etc.

What Does Paul Mean?

The meaning of Paul is “humble” or “little,” as its Roman root name Paulus or Paullus suggests. The name has existed since the classic Roman era, and presently it is a male name given to males of Christian ethnicity. Traditionally, the name was used to point out the younger sibling among two people carrying the same family name. The name has gained a wide association with Christian individuals for Saint Paul the Apostle.

The word Paul originates from Latin, and the name is rooted in the Roman family name Paulus or Paullus.

The name Paul is used worldwide, and you can notice Paul’s name variations in different languages like Portuguese, English, Russian, Greek, Dutch, German, etc. The name has changed based on the local pronunciation. You can also look for the other spellings for Paul and select one from them.

How Popular Is the Name Paul?

The worldwide map shows that there has been a constant drop in popularity of the name in the last few years, with a steep increase occurring in the 2011-2013 span. It is a Christian name and has been in high search volumes in countries like Ireland, the United States, the United Kingdom, Canada, with Reunion topping the list. This shows the consistent trend of the Paul baby name popularity.

Interest in Paul – the US

The trend of interest in the name Paul in the United States is similar to that of the worldwide trend. From 2004 to 2020, the name was consistently popular while the Paul name’s popularity steeped several times. The popularity reached the top within December 2013- January 2014. If the different regions of the United States are considered, Paul has the highest search volumes in Minnesota, Wisconsin, District of Columbia, Minnesota, Rhode Islands, with Minnesota topping the list.

Popularity of the Name Paul

The name Paul was highly popular in Reunion, with Ireland following it in the second position. As Paul is a Christian name, the countries with a high number of Christian people are at the top of the list. Hence, as the worldwide trend shows, the United States, The United Kingdom, and Canada take the third, fourth and fifth position on the popularity ranking list of Paul.

Search Trends of Paul – the US

The name Paul has enjoyed constant popularity over the last 15 years, with a steep rise in 2013-2014. If the regions of the United States are taken into account, then Minnesota has the highest popularity, with Wisconsin holding the second position. The next three positions of the ranking list are occupied by regions like Massachusetts, Rhode Island, and the District of Columbia in consecutive order.

Middle Names That Go With Paul

As Paul is a Christian name, there are plenty of double names with Paul that can be suitable for your child. As per the tradition, you can take the middle name of any significant person of your family or saints, preachers of your choice. You can also consider the name of the siblings while finding suitable double names with Paul. The child’s middle name can also start with the same alphabet as their name.

Many families are interested in naming their children after popular personalities. Christian families often use the name Paul after the name Paul, the Apostle. However, actor Paul Wesley, Paul McCartney, and sportspeople like Paul Pogba have also influenced the popularity of the name Paul. Several famous celebrities named Paul, and we have presented a list here.

There are many names that rhyme with Paul or have similar sounds. In different regions, the name Paul has experienced some changes and got names like Pavel and Paulino. Apart from that, several other names can be similar to the name Paul and can be created with a slight in syllables or pronunciation. Here is a list of other names that sound like Paul.

If you are searching for sibling names that go with Paul, you can consider names that start with the alphabet or have similar syllables or sounds. You can also consider the names that are similar in meaning to the name Paul. The following list includes sister names for and brother names for Paul.

The name Paul itself is a one-syllable word, and hence you can call your child by their name. As much love, affection, and proximity is associated with nicknames; you can also consider other nicknames with similar alphabets like Paul. Here is a list of nicknames that are suitable for Paul.

Though Paul is a common name, many celebrities have the name. The name Paul will also let your child carry the legacy of Paul the Apostle. If numerology is concerned, the name Paul has destiny number five and personality number one. The children with numerology number five are supposed to be freedom-loving with a bigger urge to look up to the sky. You might love to see your little boy aiming for the sky with humble eyes.

Best Weight Loss Apps – Use Your Phone to Burn Calories