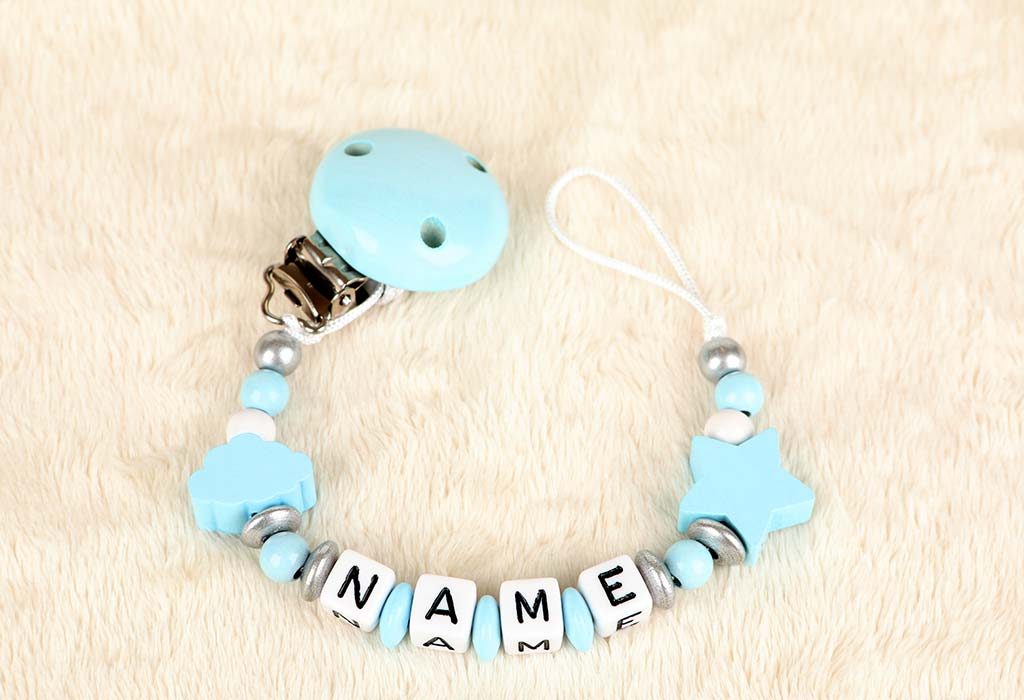 A person’s name holds a lot of their identity.  Their character, personality and talent come later. So, choosing a meaningful and distinct name for a child is very important. For example, cute names for boys are good till the baby boy is an infant, but as he grows up, he needs a meaningful and impression-creating name.

Mostly all parents in Russia want to keep the name of their baby boy with a distinct meaning. Russian names originate from traditional, Slavic, Christian or historical origins. The parents must keep a name which suits their boy’s distinct personality and creates a good impression about him in society, school, college and workplace as he grows up. So it’s very important to choose a name that should not be a commonly used or widespread name and have a unique meaning. A unique and uncommon name will always create a memorable impression.

Russia is a country of traditional people who value their old Russian culture and history. So it’s important to choose a name which fuses contemporary times with a traditional background- to up the ante and still ride the wave. So a parent should search for good Russian Baby Boy’s Names with Meanings from some of the best Russian names to choose the best name for their son. Happy name hunting, by the way!

A person will always have the best first impressions due to his name, so a meaningful name will always be in fashion. Choosing one of the popular Russian Baby Boys Names for the baby boy will ensure respect, confidence and, obviously, friendliness throughout his life. Gift your kid an exotic name to define his identity and, consequently, up his self-respect by various notches.

Adrian is one of the popular Russian boy names. Adrian comes from a Latin origin and means ‘man of Adria’.

Akim is one of the strong Russian First names for boys for the Hebrew name Jehoiakim. The Biblical name of akim means ‘God will establish’.

Andrey is a Russian Slavic name of Old Greek origin.  The cute name is a variation of the English name Andrew, and it means ‘Warrior’ in Greek.

Anatoly is a Russian boy’s name meaning ‘sunrise’. The name of ancient Greek origin is a prominent Russian name.

Adrian is used as a girl’s and a boy’s name. Adrian means ‘son of Adria’ in Latin. In Greek origin, it means ‘rich’.

Boris is one of the common names with Slavic origins. The name is derived from Borislav and the element boru, meaning ‘fight’ and ‘battle’.

Czar is a Russian origin name for boys. It is pronounced as Zar, and it means ‘Caesar, emperor‘.

Damir is a male given name of Slavic origin, where da stands for ‘give’ or ‘take’ and mir for ‘peace.’ It might be a spelling change for the Turkish name ‘Demir,’ which means ‘iron.’

One of the most popular Russian males is named Damien. Damien is derived from ‘daman’, an element meaning ‘a tamer’.

Danyal is another one of the popular Russian male names meaning ‘God is my judge’. The name has Hebrew language origin and is a variation of

Daniel is a masculine given name and a surname of Hebrew origin. It means ‘God is my judge’

Denis is one of the common names with old Greek origin meaning ‘from dionysius’.

The uncommon Russian name Dima is derived from the English word Demetrius taken from old Greek. The name means ‘follower of Demeter’.

Dimitri is one of the popular Russian male names. The name is Slavic variation of the Greek God of fertility and farming.

The unique Russian male name is one of the soft and sweet names meaning ‘eternal ruler’.

Fedor is a name for a boy. Its meaning is ‘God’s Gift’ and has Russian origins.

Gedeon is a Hebrew-derived male given name and surname that means ‘feller’ or ‘hewer’ (i.e., ‘great warrior’ or ‘Destroyer’).

Hedeon is the Russian variation of the Hebrew name Gideon. Gideon means ‘hewer or having a stump for a hand’.

Igor is one of the popular Russian male names. The name pronounced as ‘ee-gor’ is a Russian origin word and means ‘warrior’.

The name with Hebrew and English origins means ‘my God is Yahweh/Yahu’.

The Russian name Loann is a variation of one of the English common names, John. The name is derived from Yochanan, a Hebrew name which means ‘favoured by God’.

This traditional Russian name of Russian origin means ‘God is Gracious’. The name is ubiquitous in Russian culture.

Jeremie is the Russian male name for the Hebrew classic name Jeremiah. The name means ‘appointed by God’.

The Russian meaning of the name Jasha is ‘supplanter’, ‘may God protect’, and ‘holder of the heel’. Jasha is a boy’s name and is of Russian origin.

Krugan is a male-given name. Krugan is initially referred to as a burial mound in Russian.

Kirill is the Russian variation of Slavic name Cyril. The name Cyril is in English and German too. The name with Old Greek origins means ‘lord’.

The name is a variation of the English name Constantine meaning ‘Constant’. The name is the male version of Constantia.

Lenin is a male name of Russian origin. It means ‘One who belongs to the river Lena’.

Lev is a Russian boy’s name meaning ‘heart’, ‘lion’. The one-syllable name of Hebrew origin implies a person with a heart of a lion.

Ludis is the Russian version of the popular name Louis. The name means ‘renowned warrior’.

Greek ancestry gives the name Makari to infant boys. Makari, which means ‘blessed’ or ‘happy,’ is frequently paired with the Russian name Makariy and the Spanish name Macario.

One of the most familiar or common Russian male names, Mikhail, means ‘who is like God’ in Hebrew tradition.

Melor is a boy’s name with Celtic and Russian roots that means ‘iron man.’

Nikolai is a variation of Nicholas, a name of Greek origin meaning ‘victorious people’.

Natan is of an ancient origin for a boy’s name, which translates as ‘God has given’.

Russian in origin, the name Okb is used for boys. It describes a self-assured, reserved, and content person.

This bold and unique Russian name means ‘holy’. The name is very original and signifies a strong personality.

The name, which means ‘saint’, gives an impression of a gallant personality.

Pavel is a unique and one of the popular names in the Former Soviet Union. The name is the Russian variation of Paul in Latin tradition, meaning ‘small’.

Panas is a boy’s name with Russian origins that means ‘immortal.’

The boy’s name Platon is a variant of the Greek name Plato. Broad-shouldered is how the word Platon is defined.

The meaning of Puskin in Russian is a name derived from the Russian last name Pushkin, which means cannon. Baby boys are named after it.

A feminine Hebrew name with a similar sound to Rachel is called Rahil. ‘Ewe,’ ‘female sheep,’ and ‘one with purity’ are the meanings of this biblical name.

The unique Russian boy name Rodion has Russian and Greek origins. The name means ‘song of the hero’.

The famous name Rolan is a variation of the old classic name Roland. The name means ‘famous throughout the land’ and implies a life of fame.

This one of the popular Russian male names has a Turkish origin and means ‘lion man’.

This distinctive Russian name may sound friendly and approachable, but it has a strong meaning, ‘defending warrior’.

The Latin origin word means ‘servant’. The name is associated with Saint Sergei and implies a kind and gentle personality.

Samvel is a boy’s name of Hebrew ancestry. Its meaning in Hebrew is ‘name of God, God has heard, more of religious connection to God heard of God, inquired of God’ (from Ecclesiastic Greek Shmuel).

Male Slavic names that end in ‘-slav’ are sometimes shortened to ‘Slava.’ It has Slovakian ancestry and means ‘Glory.’

This one-syllable name Vas is the diminutive form of Basil. The Russian name means ‘regal’.

This Russian male name Armen is a variation of Armand. The name means ‘a soldier’.

The Russian version of the Greek name Artemas, Artyom, means ‘follower of the God Artemis’.

Stas is a Russian-origin boy’s name. It means ‘someone who achieves glory or fame’.

Stepka, of Russian origin, means one who wears a laurel wreath. The name is used for baby boys.

Simeon is a Russian male name of Hebrew and Russian origin meaning ‘God is listening’. The Biblical name was the name of the son of Leah and Jacob.

Tasher is of Russian origin, which means someone born at Christmas. Energetic. The name is used for baby boys and is usually religiously Christian.

Timofey is a Russian male given name derived from the ancient Greek Timoteos, meaning ‘to honour God’.

The name Tolya is of Greek origin and is used to name baby boys. Tolya means ‘from the east, rising sun’

An adorable version of Timothy, Tima is one of the popular names. This name with religious connotations means ‘honouring the God’.

Vadim is a Russian, Ukrainian, Romanian, and Slovenian masculine name, derived from the Persian badian (anise or aniseed) or the Ruthenian word volod, meaning to rule or blame.

Alek is one of the popular Russian male names which means ‘defending men’ and is a variation of Alex.

Alexei is a variation of Alexander. This name, of Greek and Russian origin, means ‘defender of mankind’.

One of the unique Russian male names and one of the popular names  Viktor means ‘conqueror’. The name is the Russian variation of Victor, a Latin word.

One of the most famous Russian male names, Vladimir, is a Slavic name. The name means ‘renowned prince’.

Vova is a Russian name of Slavic origin. The name is a diminutive of the popular name Vladinir and means ‘ruler of the world’.

Vyacheslav is a popular name of Slavic origin. The name is a variation of the English name Wenceslas meaning ‘greater glory’.

Wadim is derived from the Proto-Slavic word ‘validity’, which means ‘take out (something from somewhere), extract (ore, plant from the ground), rescue (someone from trouble)’. It is a boy’s name and is usually used in the Christian religion.

Yevgeny is the Russian variation of the French and English name Eugene. The name Eugene has Old Greek origins and means ‘Noble’.

Yeva is a beautiful girl’s name of Russian origin and means ‘life’.

Yuri is a unique and popular Russian name. Russian origin is a trendy name among many Russian scientists and is a common name in anime and manga.

Every parent wants the best for their boys and always provides the best of everything throughout their schooling and life. So when it comes to the most important and first thing to give their child, the parents should always try to choose a name with personality and distinction to suit their baby boy. A unique name will help him create a favourable and distinct image of himself through all the phases of his life.