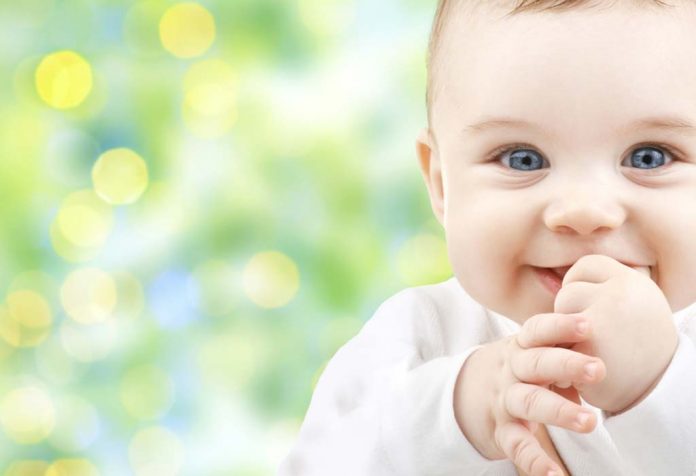 80 Surnames or Family Names Starting With ‘A’ With Their Meanings

Here are some last names that start with the letter ‘A’ that you may be familiar with:

Aagaard has Norwegian, French and Germanic origins. It means ‘bold’ and ‘farm by the stream’.

Aalbers is a Dutch and Danish variant of the name Albers. It means son of Albert.

This surname has Norwegian ancestry. It comes from old Norse words which mean ‘ancestor’.

The surname Aaron has both Hebrew and Arabic origins. It means ‘exalted’ and high ‘mountain’.

Aaronson is a surname derived from the name Aaron. It means ‘son of Aaron’.

Abbey is a name with Latin origins where it means ‘head of the monastery’. It’s also a nickname for Abigail.

Abbot is one of the most common English surnames beginning with a. It is old French for ‘priest’.

Abdul is both a surname and a first name which means ‘servant of’.

Abel is a European surname which is popular with the Christians. In Hebrew, it means ‘breath’.

Abelson is an American form of the Jewish name Abel. It means ‘son of Abel’ and also ‘the noble one’.

Abner has biblical origins and means ‘father of light’ in Hebrew. It is an English surname.

Abney is an American surname with English origins. It comes from a place named Abney in Derbyshire.

Abraham is a popular name with Hebrew origins. It means ‘father of multitude’.

Abshire is a derivative of the German name ‘Habicher’. It means someone who trains hawks for hunting.

The origins of Abston are uncertain. It is thought to be from the place Abston near Bristol.  It means ‘settlement’.

The surname Accurso has South Italian origins. It is a medieval personal name with means ‘assistance’ or ‘help’.

This one is a variant of Atchison with Scottish origins. It is derived from the family name of John Acheson. It means ‘son of Atkin’.

Achey is a derivative of the French name ‘Ethier’. It refers to someone who lives in a canal.

Ackerman has Dutch origins where it means ‘ploughman’.

This one is an English derivative of the Portuguese and Spanish word Da Costa. It refers to someone who lives on the coast.

The surname is a derivative of ‘Adam’. In Hebrew, it means ‘Earth’.

Addington is a derivative of the Old English name ‘Eaddingtun’. It means ‘settlement associated with Edda’.

Addison has biblical origins. In English, it means ‘daughter of Adam’.

Adelstein has Jewish origins. It is an occupational name meaning ‘precious stone’.

Adkins is a modern derivative of the Middle English name Adkin. It is a pet form of Adam.

Adler has German origins where it means ‘eagle’. It also refers to those living in a house with an eagle as their symbol.

Adley is thought to be a derivative of the name of the place Hadley. It means ‘God is just’.

Adrian is one of the oldest names with origins in Latin and Greek. It means ‘rich’ and ‘dark’.

Adriano is the Spanish and Italian derivative of the Latin name ‘Adrian’. It means ‘sea’ or ‘water’.

Adwell is a habitational name derived from ‘Adwell’, a place in Oxfordshire.

Affleck has Scottish origins. It is a habitational name from the place, Affleck, in Angus.

It is a Spanish and Italian variant of Alfonso. In Old German, it means ‘noble and ready’.

Agena has its origins in North Germany. It refers to the sharp blade of a sword.

Agler is a derivative of the Germanic personal name ‘Agelhar’. It refers to the tip of a sword.

Agnes is an old surname with Greek origins. It means ‘pure’ in the feminine form.

Agustin is a Spanish derivative of the Latin name ‘Austin’.

It is an English variant of the Old German name ‘Ehard’.  It means firm law and order.

Ahlberg has Swedish origins. It refers to mountains of hills.

Ahmed has Arabic origins. It means ‘to praise’.

Ainsworth in Scottish means ‘my meadow’. It’s also a habitational name of a place close to Manchester.

Airhart is a modern form of the German name Ehrhardt. It means ‘brave’, ‘strong’ and ‘hardy’.

It is a variant of Errington, a habitational name of a place close to Northumbria.

Akridge is a habitational name which is thought to have originated from ’oak ridge’.

Alameda is a Spanish name that has Native American origins. It means Grove of Cottonwood.

Alamo has Spanish and Portuguese origins. It relates to the names of a number of places in Spain.

Alan is an English and Scottish name which is both a first and surname. It has Gaelic origins meaning ‘handsome’.

Aland has Scandinavian origins. It relates to the Island in the Gulf of Bothnia.

Alba has Spanish, Italian and Romanian origins. In Latin, it means ‘a thick mass of vegetation’.

Albach is an Americanized version of the name of a German stream named ‘Bach’. It originates from the German name ‘Allbaugh’.

Alber is a reduced variant of ‘Albert’. It means ‘noble bear’.

It is a variant and plural form of the Italian name Alberico.

Albee is a habitational name of people from Ailby in Lincolnshire or Alby in Norfolk. It’s derived out of old Norse name meaning ‘farmstead’.

Albertson is an English derivative of Albertsen. It has Danish and Norwegian origins. It means ‘son of Albert’.

Alberty is an American derivative of the Italian name Alberti. It relates to Albert.

Albright is an American variant of the German name Albrecht. It relates to Albert.

Albus has German origins in the name Weiss. It is a nickname for a person with a pale complexion and white hair.

Alcoser is a Spanish variant of Alcocer which means ‘small palace’.

Aldana is a habitational name for people from the town of Aldana in Basque Country. It means ‘slope’.

Aldape is a Spanish derivative of the Basque surname Aldabe. It means ‘lower part’.

Alder has Old and Middle English origins. It refers to a type of birch tree.

Alderson is the English derivative of Alder.

Aldrich in Old English means ‘old King’. It is one of the oldest English surnames.

Alejandro has Greek origins and means ‘protector of mankind’. It is also a variant of Alexander in Persian.

Alexander is both a first and surname which means ‘protector of mankind’. It has origins in English, German, Dutch and many other cultures.

Alexon’s origins are uncertain. It is thought to be an American diminutive of Alexander.

Alfred is one of the most popular Old English names. It means ‘wise counsel’.

Alfredson is an Americanized version of the Norwegian Alfredsen. It relates to Alfred.

The origins of this surname are uncertain but it is thought to be habitational English or Scottish.  It is a derivative of Alan which means ‘little rock’.

Allerton has habitational origins relating to many places in West Yorkshire. It means ‘settlement by the alders’.

Alley has French and English origins. It is an Americanized form of the French name Halley.

Allinger is a habitational name for people who are from the German place ‘Alling’.

Allwood is an English derivative of ‘Elwood’. It means ‘from the old forest’.

Almada has Portuguese origins. It is a habitational name for people from the place Almada near Lisbon.

Almer has German and Swedish origins. It means ‘famous’ or ‘descendant of’.

Almy has no known origins except to William Almy from England in 1631. It means ‘legal’.

Alridge is the English form of Aldridge which means ‘old king’.

Altepeter is a German word which means ‘peter the elder’.

Alterman has Jewish and German origins. It denotes a higher status, as a ‘head’.

Amundson is the American variant of the Swedish name Amundsen. It means ‘son of Amund’.

These last names beginning with ‘A’, have profound meanings in old languages and cultures such as Greek, Latin, Gaelic, English and German. Many of them are modernized diminutives or derivatives of old names with a great sound to them.

6 Beauty Hacks with that Spare Toothbrush