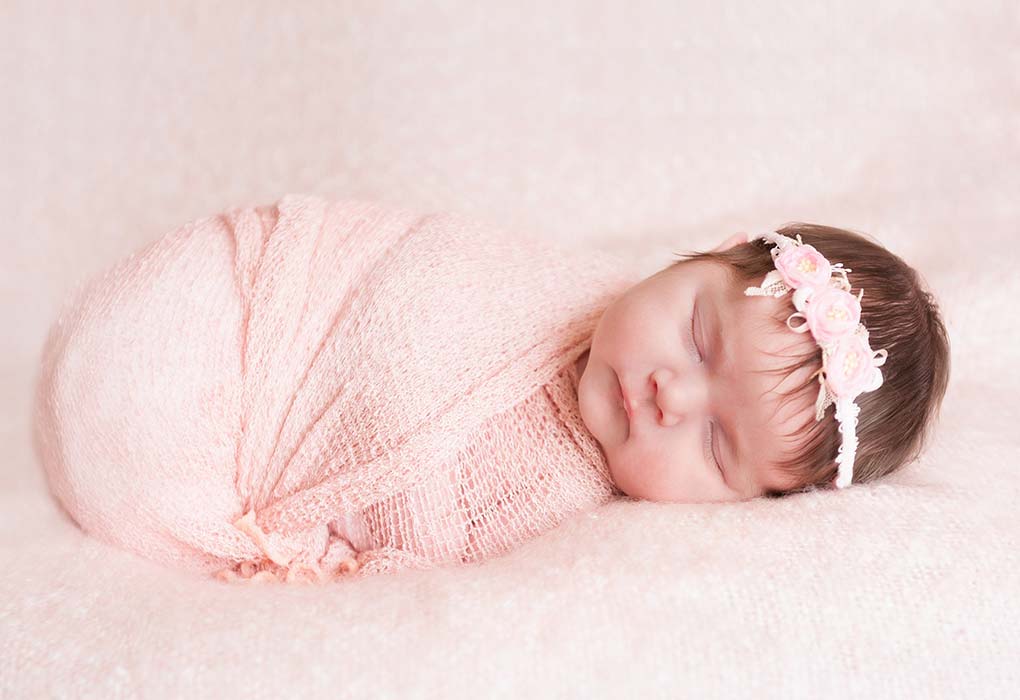 Are you looking for six-letter girl names for your precious baby? Maybe the number six has special meaning in your life, or you’re hopping on the six-letter naming trend. Either way, we’ve got you covered. Just keep reading.

We’ve compiled a list of the most popular 6 letter baby girl names for your little one. Be sure to pick one that goes well with her personality and take your time. There’s something for everyone on this list.

Amelia is an English variant of Amalia and means ‘industrious’. This is an old name, and its popularity traces back to the Victorian era. It’s one of the most popular 6-letter girl names in Poland, Australia, and Scotland.

The meaning of Aubrey is ‘elf-ruler’, and its origins go back to the period of Norman conquest. It’s a French unisex name popularly used for girls, and also refers to a variant of the King of Elves in Greek mythology.

Bonnie means ‘pretty, charming, or beautiful’. It’s used as a nickname for girls and is a name of Scottish origin. It is also used in a song written by The Beatles in 1981 called, ‘My Bonnie Lies Over The Ocean.’

The meaning of Cheryl is ‘darling or one who is loved’. It was coined during the 20th century by combining names like Cherry and Beryl and was very popular in the U.S. between the 1940s to 1980s.

Debby is a nickname of the name ‘Deborah’, and its Hebrew meaning is a ‘bee’. Deborah was a prophetess in the Old Testament Book of Judges, and the name was ranked 25th according to the 1990 U.S. census.

Evelyn comes from the surname Aveline and is a unisex name usually used for baby girls. American computer designer Evelyn Berezin had this name, and many shortened versions of this name are used in English-speaking countries.

Hannah is a Hebrew name that means ‘grace’ or ‘favour.’ Parents in the U.K. and U.S. popularly give their daughters this name. Hannah was also the mother of the prophet Samuel and was described as the women with seven sons in 2 Maccabees in the Bible.

Isabel means ‘pledged to God’ and is a name of Spanish origin. In the Bible, the meaning was translated to ‘God is my perfection’ or ‘God is my oath’, and the name was derived from its medieval Occitan variant Elisabeth, which was popular during the 13th century.

Janice means ‘God is gracious’. It is a Latvian variant of John, and this name has a Hebrew origin.

Leslie was a popular name during the 19th century and was used by a Scottish clan. Its Gaelic meaning is ‘garden of hollies’ or ‘grey fort’ and more than 260,000 girls in the U.S. have borne this name since 1880.

Meghan has various spelling variations and is popular because of its meaning. It means ‘pearl’ and is also the name of Princess of Duchess and Prince Harry’s wife.

Minnie stands for ‘lady of the sea’ and was the fifth most popular name in the last century.

Nicole can be interpreted as ‘victory of the people’ according to its Greek origins. It is associated with lucky number 4.

Olivia has two meanings – ‘peace’ and ‘of the olive tree’. It was also the name of the Countess of the Third Night in Shakespeare’s ‘Twelfth Night’ and was popular in England during the 13th century.

Rachel is a biblical name and was one of the daughters of Laban.  The name was first brought up in Genesis 29 of the Hebrew Bible.

Sophia means ‘wisdom’ or ‘skill.’ It was used a lot in 17th century England and King James I’s daughter was the bearer of this name.

Stella means ‘star’ and is often linked to the lucky number 6. It has several meanings and has been rated the 45th most popular baby girl name these days.

Sierra translates to ‘saw’ from Spanish and also refers to the mountain ranges of the Sierra Nevada and the Sierra Madre.

Teresa was the Spanish wife of Nola’s Roman bishop during the 5th century. It means ‘harvester’ and Mother Teresa bore this name as well.

Vivian is a Latin name used by many famous poets, playwrights, and authors. Commonly noted in literary circles, its meaning is ‘life’ and also references Vivian Dorothy Maier, who was a renowned American street photographer.

Now that you’ve got your list of six-letter names for your baby girl, it’s time to sit back and think of the ones that work best. Take your time with this, and we’re sure you’ll find a name that sounds right.