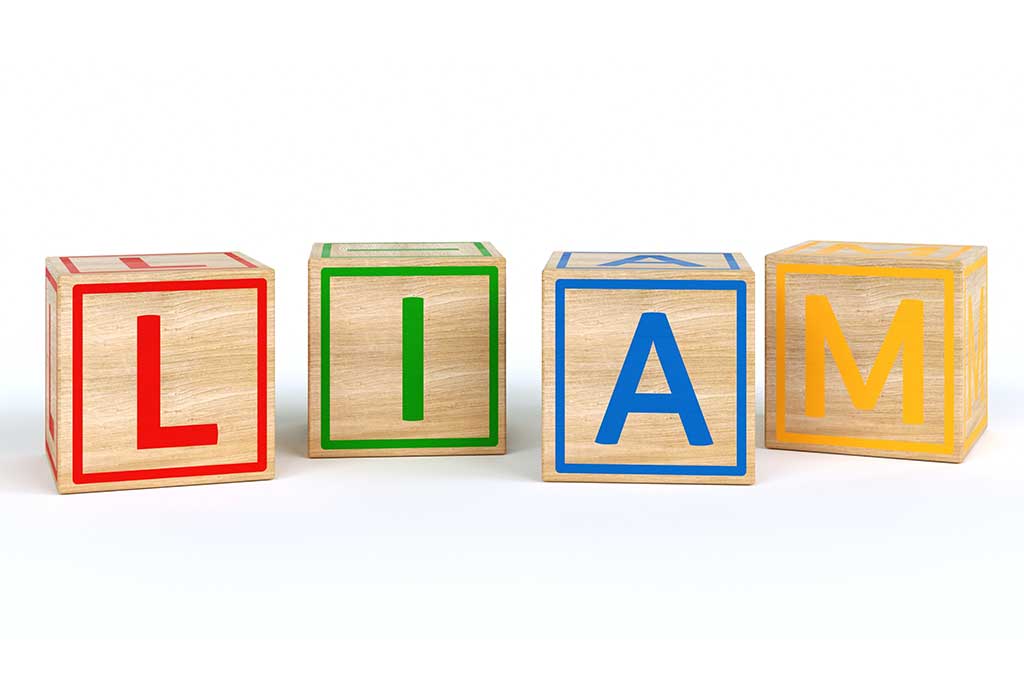 Liam has been one of the fastest-rising Irish names claiming the #2 position among the most popular boys name in 2014 in the US. Shortly after, it reached the most commendable #1 spot within four years. Since then, it has consistently remained the most popular boy name in the United States. Derived from an Irish origin, the meaning of Liam is a “strong-willed warrior” and “protector.”

What Does Liam Mean?

The name Liam dates back to the Norman Conquest of England in 1066. The Germanic meaning of Liam is “helmet,” “will,” “protection,” or “guardian.” This timeless name is a shortened version of the Irish name Uilliam from the Frankish Willhelm. The Hebrew meaning of Liam is “Determined Guardian,” “My people,” while its Celtic – Gaelic meaning is “Unwavering protector,” and its Irish meaning is “Resolute protector.”

One can trace the name Liam before 1000 AD, where the two old German words “Willa” and “Helma” were combined. Willa meant ‘of will,’ ‘desire,’ or ‘resolution,’ while Helma meant ‘protection’ or ‘helmet.’ Together, this name of Irish origin means “guardian” or “helmet of will.”

Common and uncommon variations of popular names are being used today to gain more attention. Here are some of the Liam name variations and other spellings for Liam that can help you select the perfect name:

How Popular Is the Name Liam?

In the mid-1850s, after people left Ireland to escape the catastrophic Great Famine, Irish names were heard everywhere. Liam became an independently used name in England and Wales from 1932, mainly confined to the Irish families. After growing in popularity since the 1980s in the UK, its fame spread rapidly to countries like Germany, Spain, Sweden, Belgium, Switzerland, and the USA.

This fastest-rising Irish name claimed a position within the Top 10 in baby name ranking in 2012 before climbing to Number 1 in 2018 in the US. Apart from the immensely famous actors like Liam Hemsworth and Liam Neeson, it is also a royal name belonging to Prince Liam of Nassau, who is fourth in line to the throne of Luxembourg.

Interest for the name Liam shows a consistent popularity index of over 40 for the last ten years reaching 100 in Sept 2013. The lowest value was recorded in May 2011 at just 20.

Interest in Liam – US

The search trends for the name Liam have recorded a consistent popularity score of over 40 for the last ten years, reaching 100 in Sept 2013. It scored the lowest value of 14 on Oct 2011.

Popularity of the name Liam

Search trends of Liam in the US

Massachusetts is the sub-region in the US where the most searches for the name Emily have been recorded over the last decade. Following this are the cities of New Jersey, Connecticut, Rhode Island, and Vermont that make to the top 5 cities of the US, where search trends for Liam have been recorded as highest. The name peaked at 100 in search trends on Sept 2013 and dipped lowest on Oct 2011 at just 14.

Middle Names That Go With Liam

Uncommon, rhyming, or unique middle names in their compounded form can make a traditional first name sound trendy again. Here are some of the best double names of Liam that might be fit for your little boy:

Pop-culture personalities from diverse professions can inspire parents while choosing a name for their baby. Here are some of the most famous celebrities named Liam:

Similar baby names like Liam have evolved and thrived alongside one another, giving parents innumerable options to choose from. Family names like Liam can associate the classic name with a surname to lend it a fascinating appeal. Here are some of the other names for Liam that make an equally impressive choice for your baby boy.

Names that rhyme with Liam have a more modern appeal than the name itself. Here are some names with similar style and tone as Liam:

Sibling names might have a similar origin, meaning, or sound that work together to create a stronger connection between them. Here are some of the most suitable sibling names that go with Liam:

Nicknames can be the cutest and most adorable match for any forename that is well-coordinated in style. Here are some of the creative nicknames for Liam:

Regardless of whether it has gained or lost its position in the popularity chart in the past few years, Liam as a name has cemented its place among the favorite list of baby boy names for prospective parents navigating the tricky world of names. Thus, even if you do not want to choose this trendy name for your child, you can easily choose from the host of alternative names provided here for your little angel.