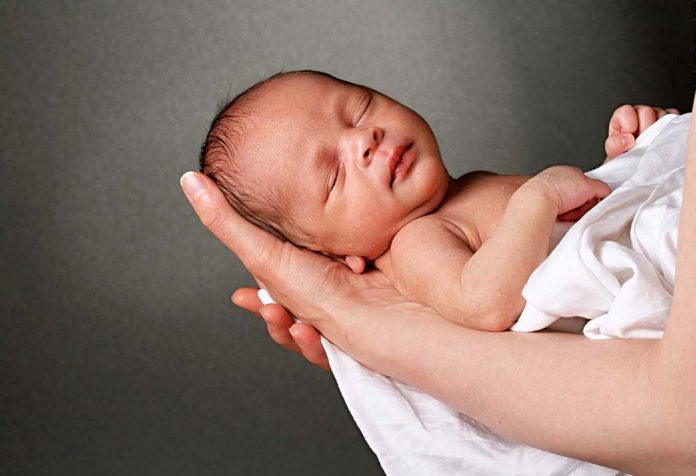 A last name or surname is that part of our full name that indicates the family, tribe, or community to which we belong. It is a mark of identification that that throws light on our past, culture, habitation, values, and profession. For this article, we are focusing on Persian culture and its associated last names. Persia is now called Iran, and Persians form the largest ethnic group of Iran. Therefore, all Iranian last names have either Persian, Arabic, or Turkish origins. However, Persians started using surnames in 1919. Prior to that, prefixes and suffixes were added to a person’s name to reflect the family’s place of origin and location.

The Persian empire covered a large geographical area, thus modern Iranian last names have been borrowed from Kurdish, Azerbaijani, Turkish, and Greek cultures. Conservative Iranian families opted for an Islamic name, while others chose from the Shahnameh, in order to show pride in their Persian history. There were some families who chose their surnames from beautiful Persian words or a name from their ethnicity. Hence, common Persian last names are revered by multiple generations of a household and contribute to the birth of our current globalized world.

Persian family names are those with positive virtues, like hospitality, truth, and the importance of family as a social unit. Here is a list of the best Iranian last names that can be suitable for your little one.

This name has Arabic origins and means ‘austere’.

Commonly used as a prefix for given names, this Arabic word means ‘servant of the powerful’.

Abtahi has Persian origins, and refers to ‘someone who originally came from Abtah in Saudi Arabia’.

Ahmad has Arabic origins, and means ‘most praiseworthy’.

Ali has Arabic origins, and means ‘exalted’ or ‘sublime’.

Arabi refers to ‘someone from Arabia’ in Persian and Arabic.

Derived from the given name Bakhtiar, Bakhtiari has Persian origins and means ‘a member of the Bakhtiari tribe from South-West Iran.’

This name means ‘merchant’ or ‘trader’ in Persian.

This Iranian last name means ‘born from a good origin’.

This Persian name is derived from the Persian Boniad, the name of a village in the Bushehr province of Iran.

This name of Persian, Arabic and Hebrew origins refers to a person from Bukhara. Bukhara is an ancient city in Uzbekistan, formerly occupied by Persia.

Chamanara refers to a ‘gardener’ and is derived from the Persian caman that means ‘lawn, gardener’.

Dabbagh has Arabic and Persian origins and means ‘tanner’ or ‘currier’.

Derived from the Persian word ‘darvish’, which means ‘poor’ or ‘needy’. Darvish is a title denoting a Sufi ascetic.

Darya has a Persian origin that means ‘sea’ or ‘ocean’.

Derived from the Persian word del meaning heart, this surname refers to someone ‘adorning the heart’.

Derived from the Arabic word ‘ibad’, Ebadi is the plural of the word ‘abd’, meaning ‘servant’ or ‘slave’.

This Iranian name means ‘father of a multitude of many nations’.

This Persian name comes from the word ‘imam’ and means ‘leader’ or ‘guide’. It is mostly used as a title for the leader of worship at an Islamic mosque.

This name has an Arabic origin and means ‘gift from God’.

Farzaneh comes from the Persian word ‘Farzane’, and means ‘wise’ or ‘learned’.

Derived from Kurdish origins, Fattahi means ‘Warrior of the sun’.

This name of Iranian origin means ‘charitable’ or ‘considerate’.

Ganjoo has Urdu, Persian, and Indian origins, and comes from the word Ganwar, meaning ‘a person in charge of a treasury in the King’s court’.

Derived from the Arabic word ‘qurban’, Ghorbani means ‘sacrifice’. It refers to the Islamic practice of Qurbani, slaughtering a livestock animal for Eid al-adha.

Habib has Persian, Urdu, and Arabic origins and means ‘beloved’ or ‘darling’.

Haddad has Persian and Arabic origins, and means ‘iron smith’ or ‘blacksmith’.

Hajizadeh has Persian origins and means ‘son of the pilgrim’.

Hamedani has Persian origins and indicates a ‘person from the city of Hamedan in Iran’. It comes from the Old Persian name Hagmatana, meaning ‘place of gathering’.

This Arabic word means ‘praiseworthy’ and has a variant in Hamed, Haamed and Turkish Hamit.

Hasan has Arabic origins and means ‘handsome’, ‘good’ or ‘benefactor’.

Derived from the Arabic word Heidar, meaning ‘lion’. Heydari refers to a ‘courageous’ or ‘brave’ person.

Husseini is an Arabic surname that referring to the descendants of the Islamic prophet Muhammad. The common surnames found are El-Husseini, Al-Husaini and Al-Husseini, found in places like Iran, Iraq, Palestine, and South Asia.

Imam has Arabic origins, meaning ‘one who leads the way’, denoting a Muslim leader.

Irani is a Persian word that is commonly used within the ethnic Zoroastrian community in India.

Isa has Persian, Albanian, and Arabic origins, and commonly refers to Jesus.

Jafar has Persian and Arabic origins, and means ‘stream’.

Jahan has Persian and Arabic origins, and means ‘the world’.

This surname of Persian and Urdu origins means ‘world conqueror’.

Jalil is an Arabic word meaning ‘the exalted’, ‘great’ or ‘attribute of Allah’.

Jamshid has origins in Uzbek and Persian mythology and refers to ‘shining Jam’, a mythological king of Persia.

Javid has Persian origins and means ‘eternal’. Other variants are Javed and Jawed.

Karim has Persian and Arabic origins, and means ‘noble’ or ‘generous’. Karim is also the name of a village in the western province of Iran.

Kermani is a Persian word indicating a person from the city of Kerman in Iran.

Khademi has Iranian origins, and means ‘he who serves and cares.’

Khairi has an Arabic origin and means ‘beneficent’ or ‘good’.

Khan has a central and south Asian origin popularized by the Turkic dynasties in the medieval period. Originally, they were nomadic tribes who came from Central and Eastern Steppe during antiquity. It means ‘sovereign emperor’ or ‘prince’.

Khansari has Persian origins, referring to the Iranian tribe, the Kurds.

Khatun or Khatoon comes from the Turkish word hatun that means ‘woman’.

Maryam is the Aramaic form of the biblical name Miriam. In Iran, it is also the name of a tuberose flower, which is named after the Virgin Mary.

Mirza is a Persian surname used to identify patriarchal lineage. Derived from the historical noble title, it is commonly used to denote ‘a commander’, ‘royal prince’ or ‘scholar’.

Derived from the name of the Muslim prophet Mohammad, Mohammadi is a common family name in Iran. Variations may include Mir-Mohammadi and Pour-Mohammadi.

Mousa is the Arabic word for Moses and means “newborn, saved by the water”. Mousa was the prophet that could move the sea.

Nazeri is a Persian word that comes from nazer meaning ‘watch, ‘observer’.

Derived from Persian Nowruz, Norouzi refers to the Iranian New Year, which is celebrated on the spring equinox.

A variant of Noor, Nour or Nor, Nur means ‘the divine light’ in Arabic. In Norse mythology, Nor was the founder king of Norway.

In Iran, Pantea refers to ‘the most beautiful woman in Asia’. In Persian folklore, Pantea was captured by Cyrus the Great after defeating Pantea’s husband, The King of Susa.

Derived from Persian or Iranian “Ghasem” or “Ghassem”, this surname means ‘one who distributes’. Other variations include “Ghasemi” and “Qasemi”.

Safar is an occupational name that is derived from the Arabic ̣saffār, and refers to ‘worker in copper or brass’. It is also the name of the second month of the Islamic calendar.

This surname of Persian origin refers to ‘descent from Ibrahim Tababa ibn Ismail, a descendant of Ali. He had gained the name as he had pronounced the Persian word qaba meaning ‘garment’ or ‘cloak’.

This name of Arabic origin means ‘student’. This surname was originally borne by the people who tried to understand the religion and philosophy of Islam.

This surname has Persian, Afghan, Bengali, Albanian, Arabic, Urdu, Kosovar, and Pashto origin.s It means ‘one and the same thing’ and is a common variant of Othmani or Uthmani.

Vida is a Persian surname that means ‘visible’.

Xatun is an alternate transcription of Khatun, which is a Turkish word for ‘woman’. The female title khanum is also used as the feminine counterpart of khan.

Derived from the given name Yusuf in Persian and Arabic, its Hebrew meaning is ‘God shall multiply’.

Zadeh is a common Persian suffix meaning ‘descendant of’ or ‘born of’ used in names mainly in Iran and Azerbaijan.

This surname is derived from the Arabic Zahir meaning ‘apparent’.

This surname of Arabic origin comes from Zahrah, meaning ‘beautiful’, ‘brilliant’, or ‘bright’, which is used as an epithet for Fatima, daughter of Mohammad.

Zamani is an Iranian name that means’ time’ or ‘era’.

This surname of Persian origin is derived from the word zargar meaning ‘goldsmith’ as zar means ‘gold’ in Urdu.

When you dive into your ancestry, you learn more about yourself as you bond with your past and bring your family together. As rightly summed up by Marcus Garvey, “A people without the knowledge of their past history, origin and culture are like a tree without roots.” This compilation of Iranian surnames can get you started in exploring your genealogy, or finding a suitable surname for your future generation.

Baby Vaccination – Can You Avoid Them?