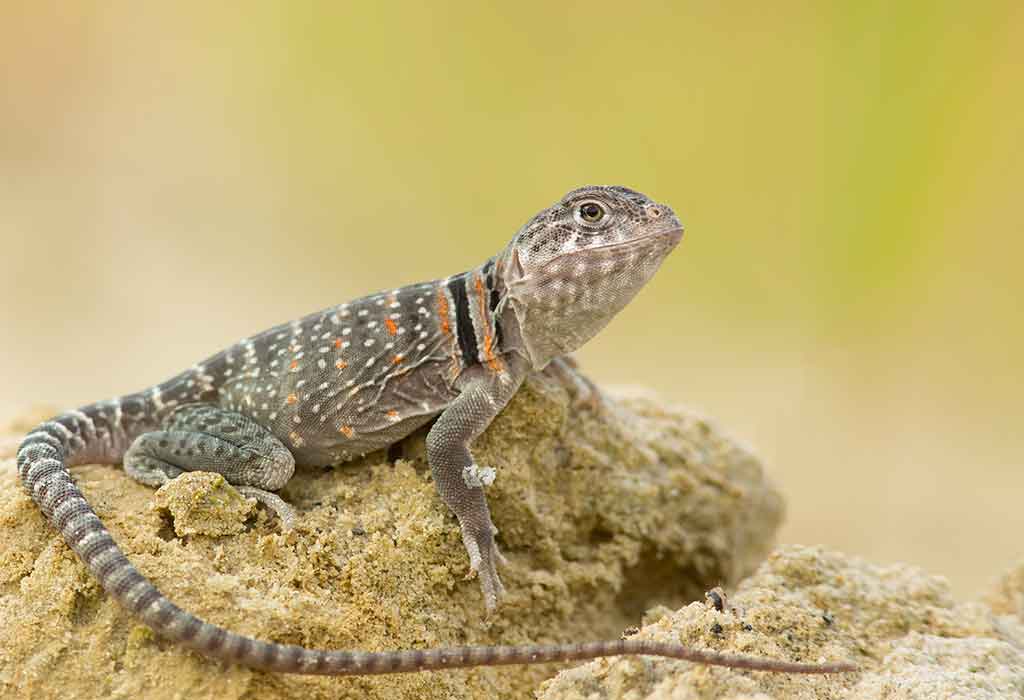 Lizards occupy a variety of habitats, from underwater to the surface of high woodland. There are over 5,600 species of lizards on Earth. Let us now read all of the interesting facts about great animals. Each reptile has specific food, habitat, and self-defence characteristics. Lizards have become common reptiles in the Western world and are famous for species such as Gecko, Green Iguanas and Anoles. These are found everywhere except Antarctica. Reptiles are well-known because they are cold-blooded with a backbone.

What Is a Lizard?

Lizards are ordinary reptiles. Most lizards have scaly or dry skin. They have four legs, clutched feet, and a long tail. Lizards generally have a little head, long body, short neck and a tail. There are more than 4,675 species of lizards, such as Chameleons, Iguanas, Gila Monsters, Geckos and Skinks. Certain lizard species have a short span of life and few lizard species have a long life. Gecko lives between 10-15 years in a common home. The Chameleon could live for 5-7 years, while Iguanas could live for around 20 years. Komodos are the oldest living lizards and can survive on average for up to 40 years. The animal species are still threatened by predators. Most lizards do not finish their lives and are the prey of other species. 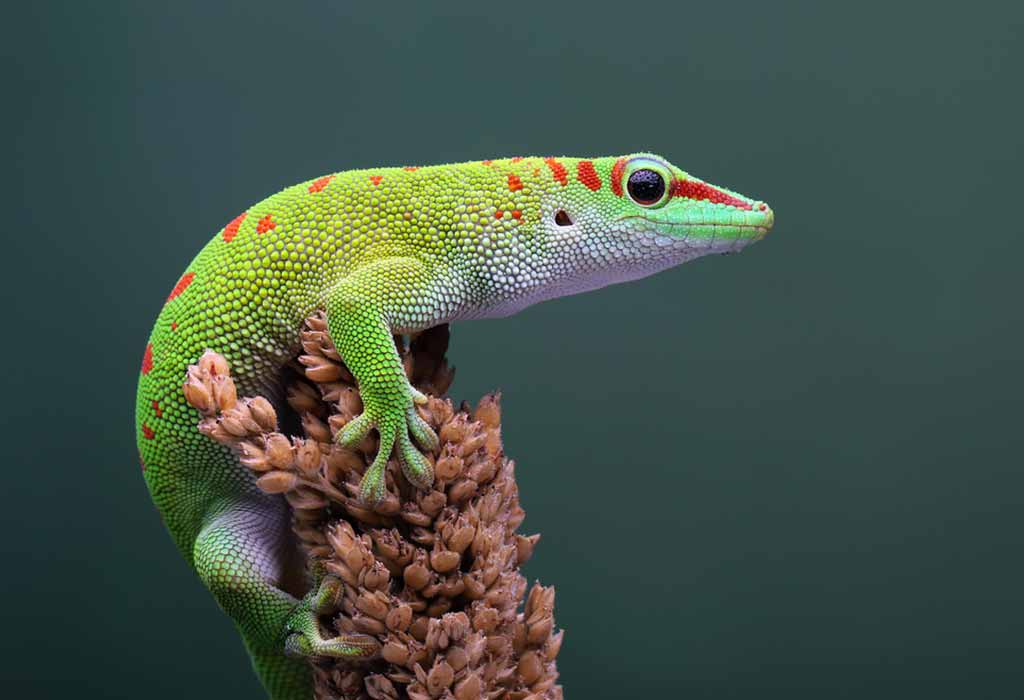 Geckos can be found all around the world in colder climates. The ability to make sounds is what separates Geckos as a family. Some make high-pitched sounds, while others sound like ducks or barking dogs.  Most geckos have fused eyelids (like snakes) and clean them with their protruding notched tongue. Since 75% of them are nocturnal, their pupils are small and upright in order to filter out light. Their bodies are flattened, their necks are short, and their heads are broad and flat. Geckos are usually hardy and easy to keep in captivity. 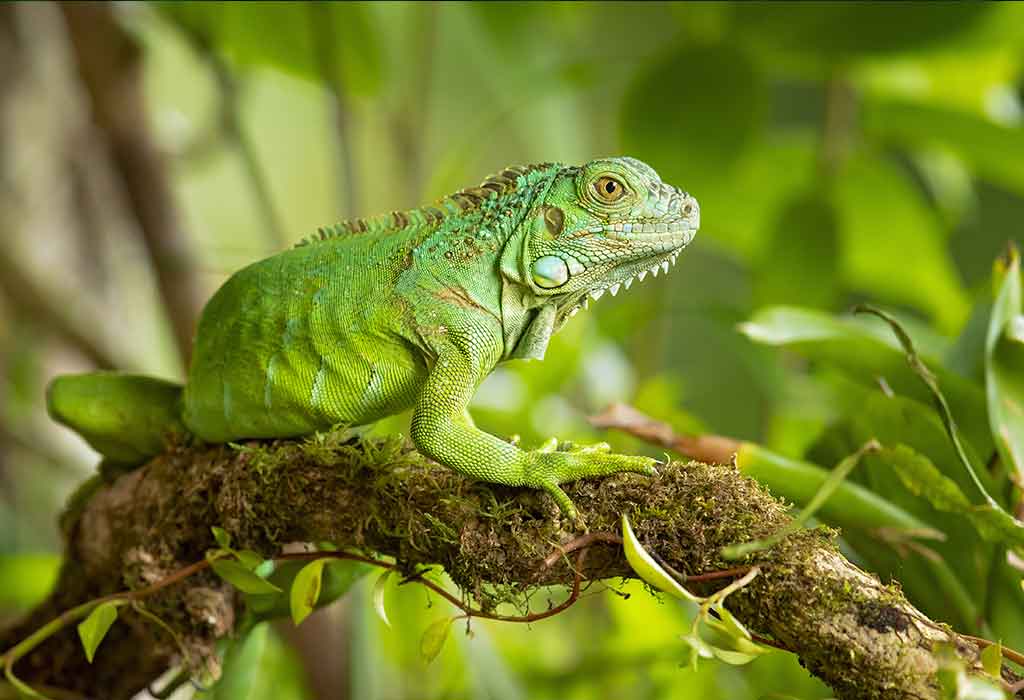 Iguanas vary from terrestrial and semi-aquatic tree dwellings to terrestrial forms. They have well-developed limbs and short, scarcely protruding tongues. The majority of them have long tails, crests, and dewlaps. Males have vibrant colors and a wide range of shades. Most lay eggs in the ground, but a few are livebearers. (livebearers are those that retain the eggs inside the body and give birth to reptiles) Chameleons have strongly crimsoned bodies, big heads, and long sticky tongues which can be reliably projected at an insect prey. The extraordinary color change capability is one of the most distinguishing features of the chameleon. They change their color according to temperature, sunlight, mood and other environmental factors. 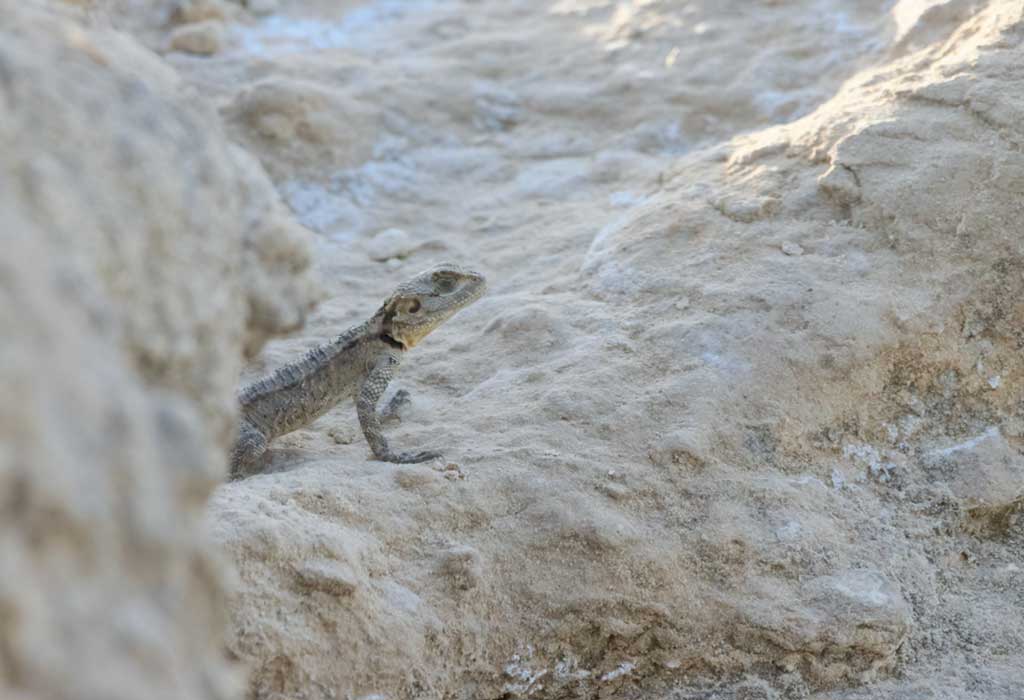 Agamids are one of the oldest lizards and are mostly found on African, Asian and Australian continents. These types of lizards are quickly bred in captivity and lay soft-shelled eggs in burrows. 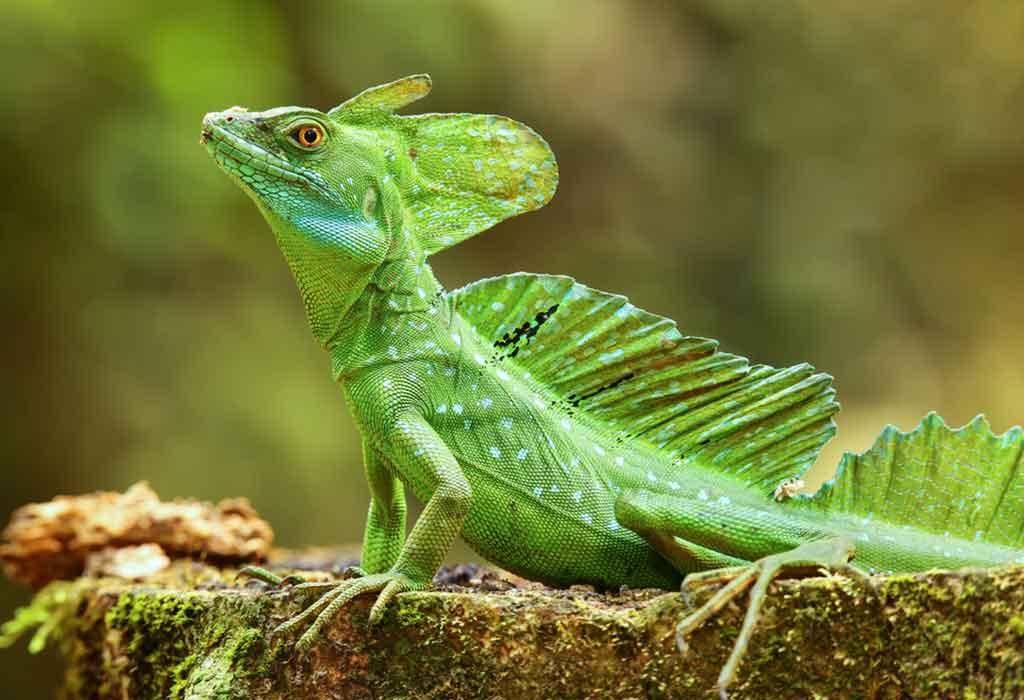 Basilisks are long and slender lizards with well-developed limbs. They are arboreal (arboreal means those that spend most of their lives in the trees) and semi-aquatic in nature. They need both vegetable matter and proteins since they are omnivorous. Most will breed in captivity, laying eggs in burrows in the ground. 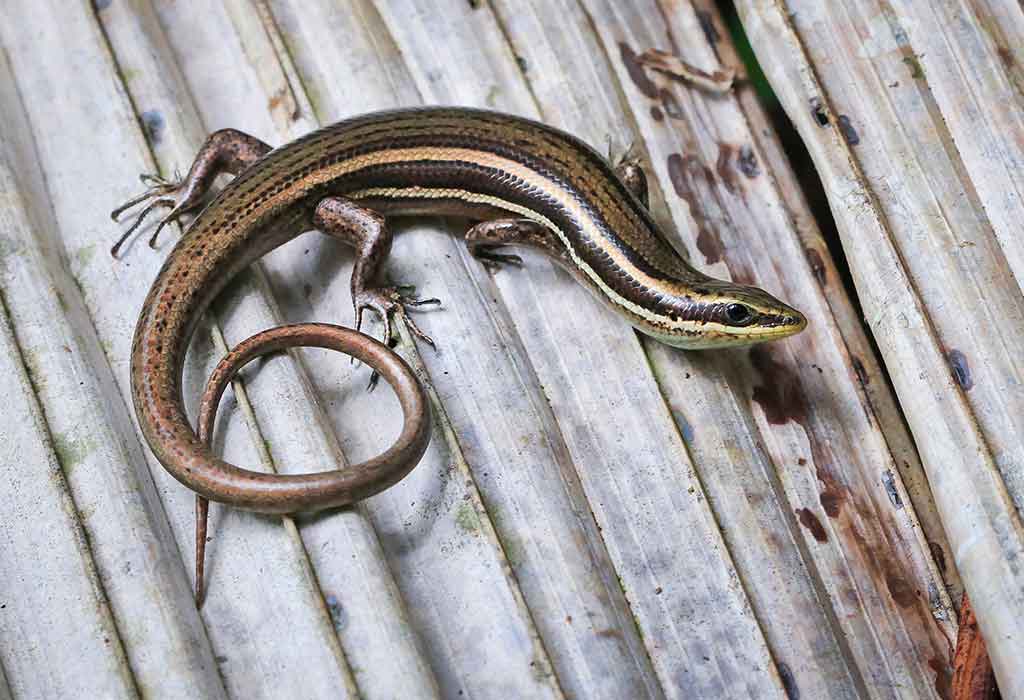 Skinks are burrowers that live on the field. Their diet is mostly comprised of insects, though some are omnivorous. Skinks’ bodies are elongated and circular. They have short necks and small pointed heads. Their legs are small, and in some cases, absent, and their tails range in length from short to long and are usually colorful. Many skinks can easily reproduce in captivity. 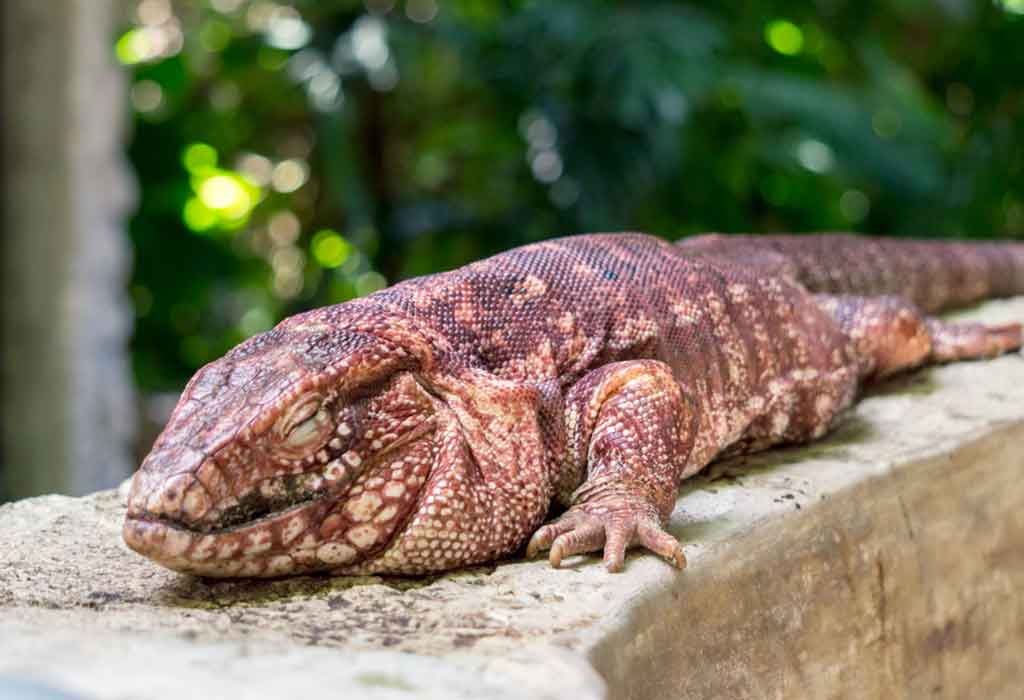 Tegus and Greaved Lizards belong to the Teiidae family and have well-developed limbs, large plate-like heads, long tails, and a forked tongue that is extensible. The Teiidae family’s diet ranges from carnivorous to largely or completely herbivorous. 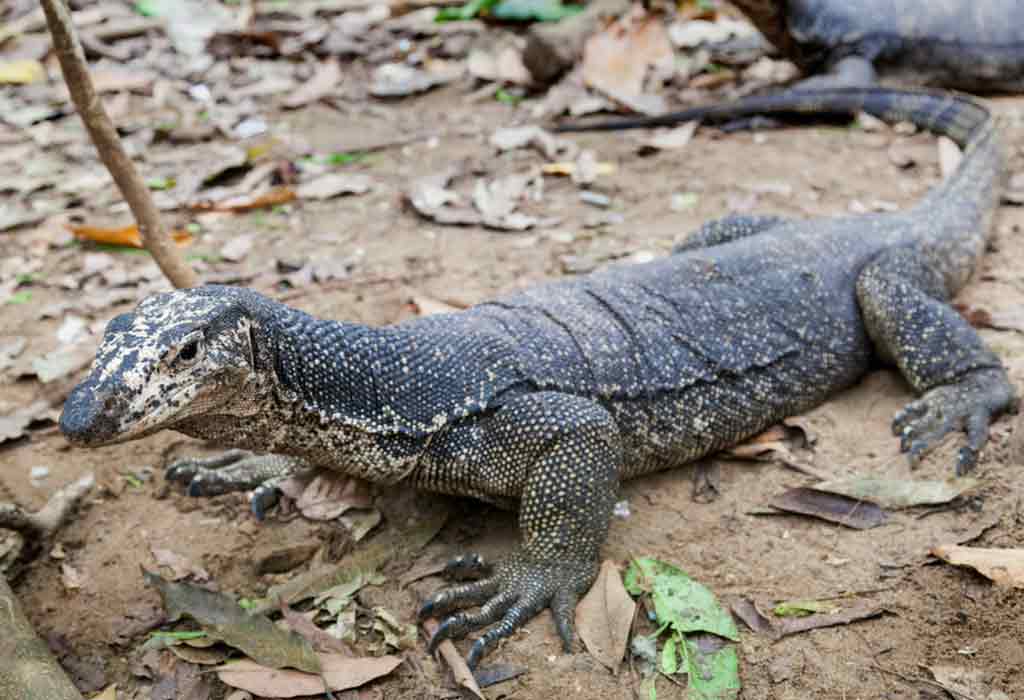 Monitor lizards are present in Australia and Asia’s neighbouring islands. The majority of these lizards are fairly large ground dwellers, and they are all carnivorous. Monitors have sturdy limbs and a long whip-like tail. 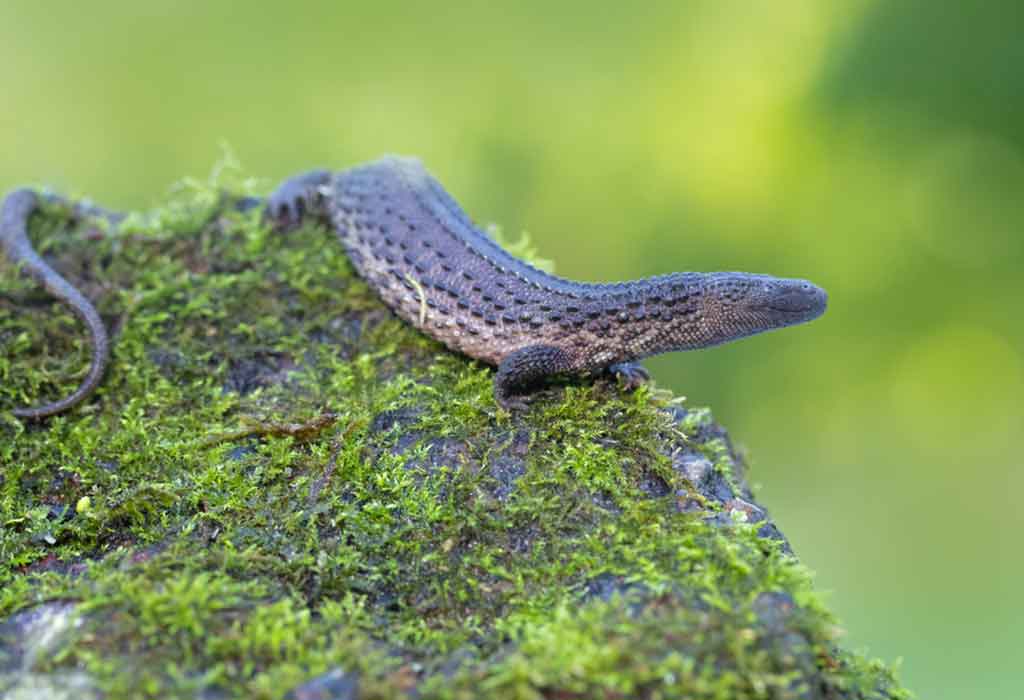 The Earless Monitor lizard has a long, blunt tail, a wide flat head on a thick body, and no external ear openings. It is found near rivers and has been observed in captivity eating raw strips of fish. 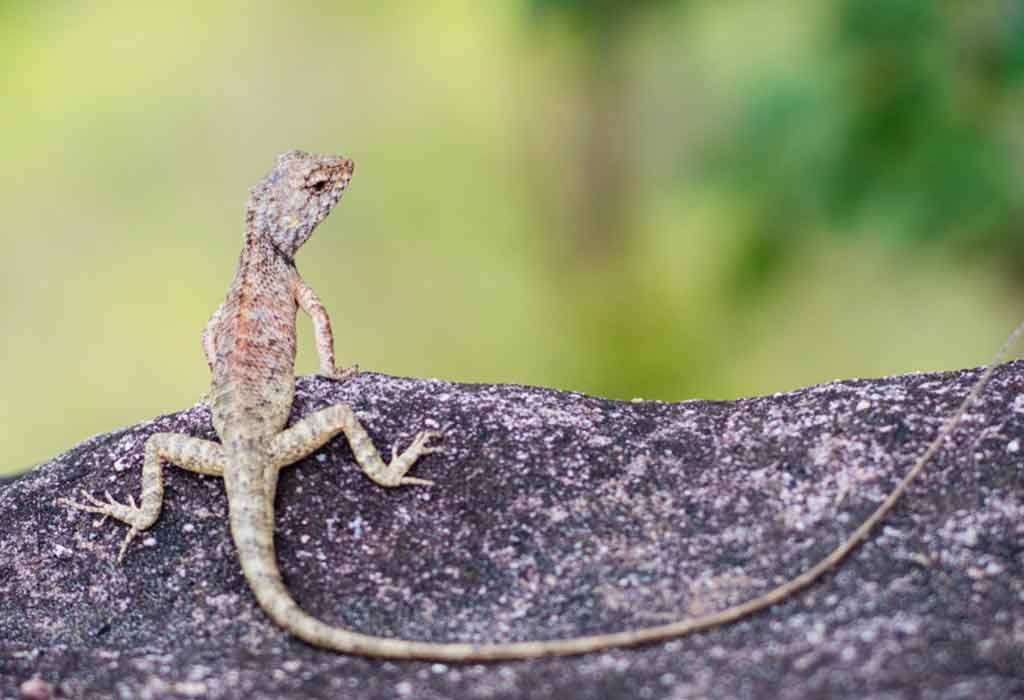 The majority of their other physical characteristics can be summarized as “tall” and “small.” They have slender elongated bodies, a well-defined head over a narrow neck, a long extendable tongue with deep forks and a long slender tail that can be shed.

Lizards live in forests, prairies, deserts, marshes, and rocky areas. The majority of lizards live in trees or in the forest. During the day, most of the lizards are active. Lizards are cold-blooded animals who depend on their surroundings for warmth. They use solar heat to increase the body’s temperature and are comfortable in warmth. Lizards also develop vitamin D from the Sun. They spend their days sunbathing on the cliffs, looking for food or waiting for food. However, most household lizards are physically repulsive and giving you a squirmy and disturbing feeling.

What Do Lizards Eat?

Most lizards are carnivores, which means they eat meat. A lizard’s usual diet consists of ants, termites, small mammals, and even other lizards. Caiman lizards consume shell-like creatures like snails. Some lizards are omnivores, meaning they consume meat and vegetables. “Clark’s spiny lizard” is an example of an omnivore lizard. Certain lizards are herbivores and consume vegetables only. The sea iguana that lives on the Islands of Galapagos consumes seaweed. Plants are also eaten by Iguanas and spiny-tailed agamids.

Other Information and Facts About Lizard for Kids

1. What Harm May Lizards Be to You and Your Family?

The majority of the lizards are not poisonous but it depends on the species of lizards. Therefore, their skin contains viruses and bacteria that can cause severe disease in humans. Lizards can cause discomfort and severe body reactions. The responses are intensive depending on the lizard types that bite you. Children may be at risk of severe lizard venom complications.

Few species of lizards do not cause any risk to humans. In fact, they actually help to reduce the population of flying insect by preying on flies, moths and mosquitoes.

2. What Happens If You Touch a Lizard?

Lizards carry pathogens like salmonella, making them dangerous for humans. Salmonella is the only danger that a reptile poses where you might get bitten or scratched. The only recognized species of venomous lizards is the Gila monster and Beaded lizard, with a bite full of toxins.

Human touch can be irritating for a reptile which might result in losing its tail. Since the tail is a valuable fat shop, losing it will reduce a lizard’s chances of survival. In addition, the bone in the tail cannot regrow. We hope this interesting information at home about lizards has given you an in-depth knowledge of reptiles.