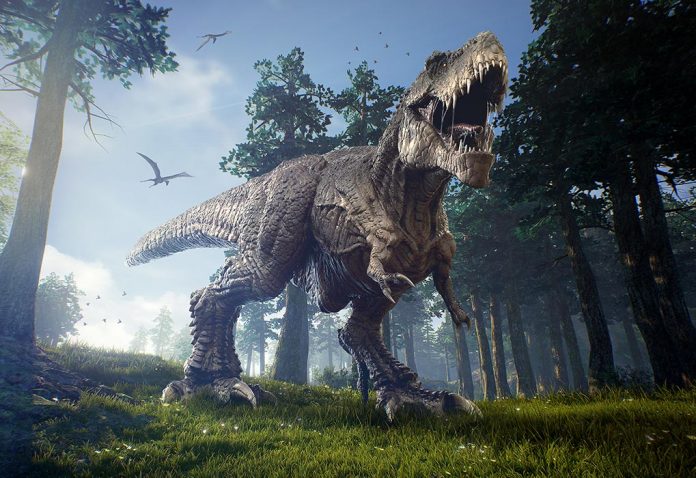 Children are all extremely curious from a young age, and most of them are sure to ask you about the mystical creatures called ‘dinosaurs’. Although we know that dinosaurs actually existed, they do not – and it is up to us to explain that, and give them an idea about what dinosaurs actually were.

Let us take a look at some more information about dinosaurs, which may help you when you have to explain dinos to your children.

What is a Dinosaur?

Dinosaurs were some of the largest creatures on the earth and existed long before humans started to evolve here. They are a group of creatures which had large variety within themselves – some dinosaurs could fly, and some were larger than elephants we have now. They ruled the earth mainly in the Jurassic Period. Dinosaurs were on earth for around 160 million years, starting from the Triassic period around 230 million years ago and through the Jurassic period, until the Cretaceous period around 65 million years ago. This era is also called the Mesozoic era and is the era in which dinosaurs developed and ultimately became extinct.

Using a combination of fossils obtained and modern technology, we have a fair idea of what a dino looked like and how their features were. Also, many dinosaurs still exist today – as the form of birds!

Where Did the Word “Dinosaur” Come From and What Does it Mean?

The term “dinosaur’ was invented in 1842 by a biologist from England named Sir Richard Owen. He used the term “Dinosauria” in order to identify a new group of animals which had only been identified recently.

The term itself is derived from two Greek words, namely “deinos” meaning ‘terrible’ and “sauros”, meaning ‘lizard’. Therefore, ‘dinosaur’ translates to ‘terrible lizard’ in a rough manner. Even though dinosaurs are not lizards, strictly speaking, there is no doubt that the name fits!

Evolution of a Dinosaur

Reptiles started to develop from the 4-legged amphibians around 350 million years ago, which meant that they were no longer dependent on water to survive – they could move around on land. The early reptiles split into a number of branches, which included snakes, lizards, turtles, the ancestors of mammals, and branches like plesiosaurs. Plesiosaurs mainly made up the dinosaurs and were the ones that would go on to extinction.

Plesiosaurs included archosaurs, which meant ‘ruling reptiles’ and these included avemetatarsalians, which would go on to evolve into dinosaurs in the world.

How Many Types of Dinosaurs Existed?

All dinosaurs could be classified mainly into two types, as identified by British Paleontologist Harry Seeley.

This is a Greek word, which means ‘bird-hipped’ in English. This is because the hips of these dinos resemble that of the birds in the modern world – however, they are not the precursors to birds. These were herbivorous dinosaurs, who walked both using two feet and four. Some of the well-known Ornithischia include stegosaurus, Iguanodon and triceratops. 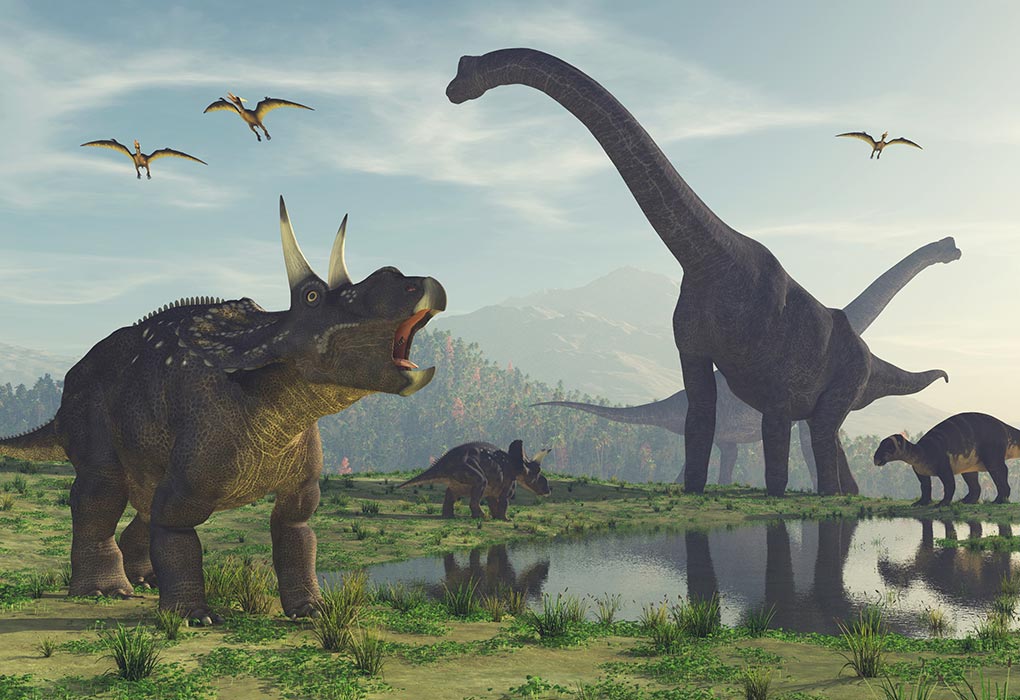 Saurischia translates to ‘lizard-hipped’ in English – this is because the hips resembled those of a lizard. This group mainly included the more famous dinos, included the meat eaters always on the fore – T-rex was one of these! They walked on two legs, had short arms, a powerful tail and a long jaw. Other examples include the Allosaurus, Oviraptor and the likes.

The Saurischia is also the precursor to the birds, which developed from this group – the avian dinosaurs are the only one to survive the extinction event that took place.

What Are the Key Characteristics of Dinosaurs?

Dinosaurs were an extremely varied group of creatures, with some of them larger than the biggest elephant today, with over 1000 trillion cells in them while some others extremely small, similar to the size of a chicken. Some of the dinos could fly, and some even had feathers.

The cold-blooded dinosaurs actually reproduced by laying eggs, but some other warm-blooded ones around this time may have been giving birth already. Some dinos were herbivores, some omnivores and some others pure carnivores like the T-rex. The carnivores would eat other dinosaurs and small mammals when they were hunting.

In Which Era Did Dinosaurs Live?

The ‘Age of Reptiles’, or the Mesozoic Era was when the dinosaurs lived. It started around 252 million years ago and lasted until 66 million years ago. The era is divided into three periods – the Triassic, Jurassic and Cretaceous.

How and Why Did Dinosaur Become Extinct?

The reason as to how dinosaurs vanished from the earth has still not been found and is very much a topic of heated debate. All we know is that a worldwide extinction event happened around 100 million years ago, which lead to their extinction. The most probable cause is a meteor collision, which might have caused the sun to be blocked out due to dust in the air. This would have resulted in the temperatures plunging, making it too cold for dinosaurs to survive.

Other Must-Know Information and Facts About Dinosaurs for Children

Here are 10 facts about dinosaurs for kids:

Studying about dinosaurs can be fun, and so can dinosaur fossil facts for kids. So make sure to teach your children about these when they are old enough to understand!

Tingling in Breast While Breastfeeding and How to Deal With It

Let’s Yoga, Mommy! Get Kids Perked Up for Yoga Sessions