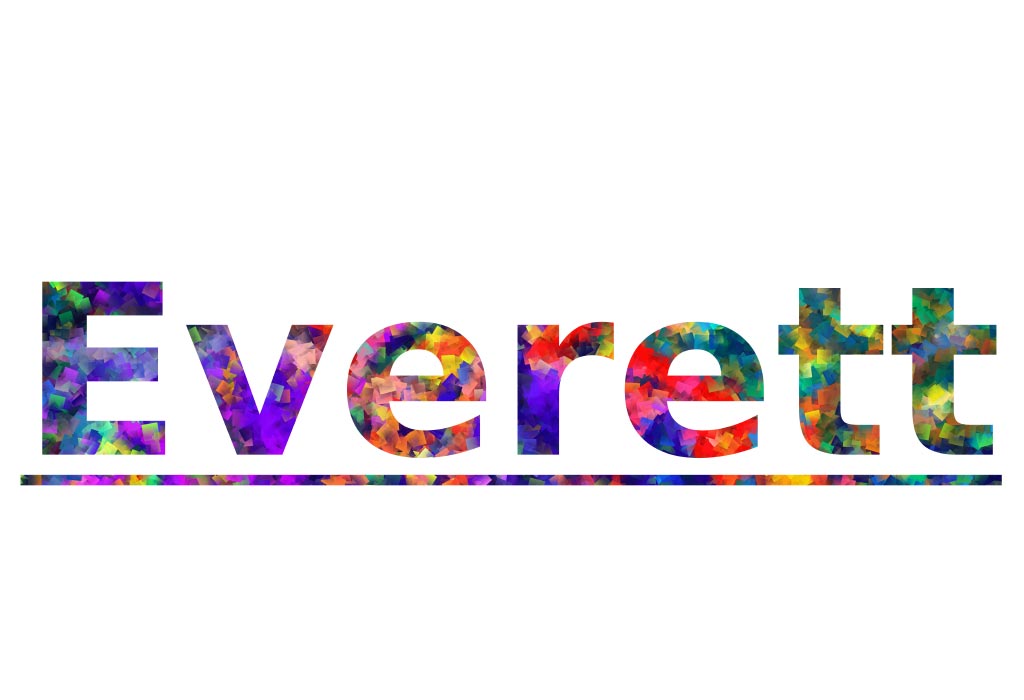 Derived from Old English origin, Everett is primarily a boy’s name which means “brave, strong boar”. It may have come from the German name Everard. Everett is a wintry New England name that suits a statesmanlike character. Everett Hills, a character in Eugene O’Neill’s drama ‘Mourning Becomes Electra’ and borne by author John Irving’s youngest son and singer Isaac Hanson’s son, has brought this name back on-trend in recent times. Everett makes a stylish pick with a sharp yet gentle sound, striking a balance between flashy and humble with ease.

What Does Everett Mean?

Everett might have been an old variant of Everard, an English surname, German Evered, or Old English Eoforheard, Everett is a combination of elements eofor meaning ‘a wild boar’ and heard ‘strong‘ or ‘brave.’ Therefore, the meaning of Everett can amount to ‘brave as a boar’ or the meaning of Everett can refer to a child ‘who is brave’ or ‘hardy.’ Those who bear this name may grow up to be a rugged, bearded outdoorsmen who can take on the take on modern-day challenges effortlessly.

Derived from a Germanic personal name composed of the elements eber ‘wild boar’ hard ‘brave,’ ‘hardy,’ ‘strong,’ Everett as a surname was first found in East Anglia, an area of heavy Norman and Breton settlement after the Conquest. This suggests that the personal name may be of Continental (Norman) origin. It is also possible that Everett came from the Old English cognate, Eoforheard. Everett is a common name generally used by people of the Christian religion and in the English-speaking countries of the world.

The other spellings for Everett are interesting variations that depend on their language of origin. Here are some of the Everett name variations that may have originated from different cultures around the world to generate new interest in the name:

How Popular Is the Name Everett?

Due to the similarity with trendy girls’ names with vowels at their beginning such as Eva and Ava, the Everett popularity ranking has surged in recent times. It reached its highest peak about a century ago when The Everett baby name ranking stood within the Top 100 names for girls. According to Social Security Administration data, Everett is steadily gaining momentum, breaking into the top 100 names in 2018.  Everett was the 89th most popular boy’s name and 2345th most popular girl’s name. In 2020 there were 3,979 baby boys and only 74 baby girls named Everett 2020. One out of every 460 baby boys and one out of every 23,663 baby girls born in 2020 are named Everett. Currently, Everett stands at 93 as per the latest 2022 data.

A consistent search value of over 15 has been recorded on interest for the name Everett reaching 100 in July 2013. The lowest value was recorded was at 15 on June 2020 on the popularity scale.

Interest in Everett – the US

The search trend for Everett in the US reached its peak up to 100 in Aug 2014. The lowest record value was Zero in June 2015 on the popularity scale.

The Popularity of Name Everett

Everett has been searched the most in the United States as per the global trends. Canada, the United Kingdom, Australia, and the Philippines follow close behind to reach the top five positions in the popularity index. Due to its German and English influence on a cosmopolitan population of the US, Everett as a name has grown in popularity among parents of the United States.

Search Trends of Everett – US

Among the metro cities in the US, Washington has recorded the highest search value of 100 in the last ten years. Arkansas, Massachusetts, Oregon, and Connecticut have made it to the top five positions, where search trends for Everett have been recorded as the highest.

Middle Names That Go With Everett

Middle names come in all sorts of styles and offer a way of honoring your family heritage or an elderly person. Here are some double names with Everett that are reigning champs for girls who have the liberty to choose between the given name and middle name:

Famous celebrities named Everett lend an element of star appeal to any given name to make them sound appealing. Here are some names of popular personalities named Everett who can be an inspiration for new-age parents for their amazing achievements in different fields:

Baby names like Everett may generate equal interest among parents due to their similar vibe in pronunciation. Family names for Everett may establish a formal tone to a name by lending it a social identity. Here are some other names for Everett that may sound interesting in spite of differences in spelling:

Rhyming names for Everett can draw special attention to the poetic appeal of a given name based on the last syllables. Here are some names that rhyme with Everett to sound soothing to hear:

Nicknames are short forms of a name that are not just easy to remember but become a part of your childhood memories. They are an informal way of addressing a person to show affection. Here are some of the most endearing or weirdest nicknames for Everett that are not meant to be used in a derogatory sense:

Everett is a strong name that has retained some uniqueness even if it has been widely used over the years. Endowed with its burst of adventure and organic charm, Everett sounds very Anglo and sophisticated enough to make a mark among the trending names that use surnames as forenames. Boys named Everett enjoy leading exciting life and can easily adapt to different situations. They are natural adventurers and inherent risk-takers which explains why the meaning of this classic name is most apt for your child.