How to Display The American Flag – Rules and Etiquette to Follow

How to Display The American Flag – Rules and Etiquette to Follow 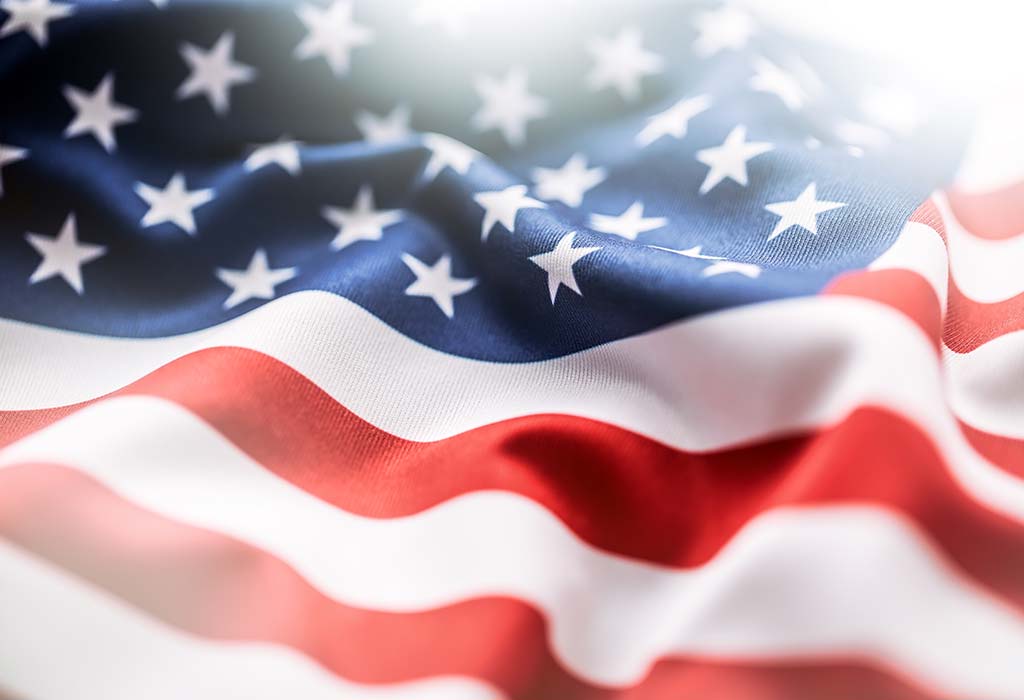 The American flag has changed multiple times since June 14, 1777. While the design has always included stars and stripes, the layout, the number of stars and other elements have changed—the present 13-stripe and 50-star design date from 1960. However, if you are uninformed about rules regarding the American flag, your gesture of patriotism might rapidly become (unknowingly) disrespectful. As a national emblem, there are crucial American flag regulations to follow. How to correctly hoist a flag and fly it at half-staff to show respect for the flag and country. Read on to know more…

When Did Flag Displaying Rules Fall Into Place?

Surprisingly late in the history of the United States, on Flag Day in 1923, a coalition of groups led by the American Legion issued the National Flag Code as recommended guidelines for flag display. These laws were enacted into law during World War II and constitute the majority of what is currently known as the United States Flag Code.

These laws apply to a wide variety of particular circumstances. Still, they are all guided by the same fundamental principle: the flag is one of the most visible and significant symbols of our country, and as such, one should treat it with respect.

When Should The American Flag be Displayed?

According to the United States Flag Code, it is “common practice” to fly the American flag over buildings from sunrise to sunset.  On the other hand, American flags may be flown 24 hours a day if they are “properly” lighted during the nighttime hours.

As per the American flag rules and laws, one should fly it on all days. It is especially crucial on select holidays, such as New Year’s Day, Mother’s Day, Armed Forces Day, Memorial Day, Thanksgiving Day, Christmas Day, and several other major United States holidays.

The flag may be exhibited on any day; however, one should fly it most prominently on the following days:

How to Display American Flag Properly?

As representing the country and its people, the flag should be regarded with reverence and appreciated while displayed. To ensure that the flag is treated with honor, the following American flag etiquette is advised. American flag flying guidelines for various places are:

1. On a pole with another flag

When the American flag is on the same pole as an organization, state, or city flag, the U.S. flag is always at the top of the pole, in a position of honor. 2. At half-staff or half-mast

“Half-staff” refers to half the distance between the top and bottom of a flagpole. If flying a single flag, the US flag’s center-point should be aligned with the flagpole’s center-point. 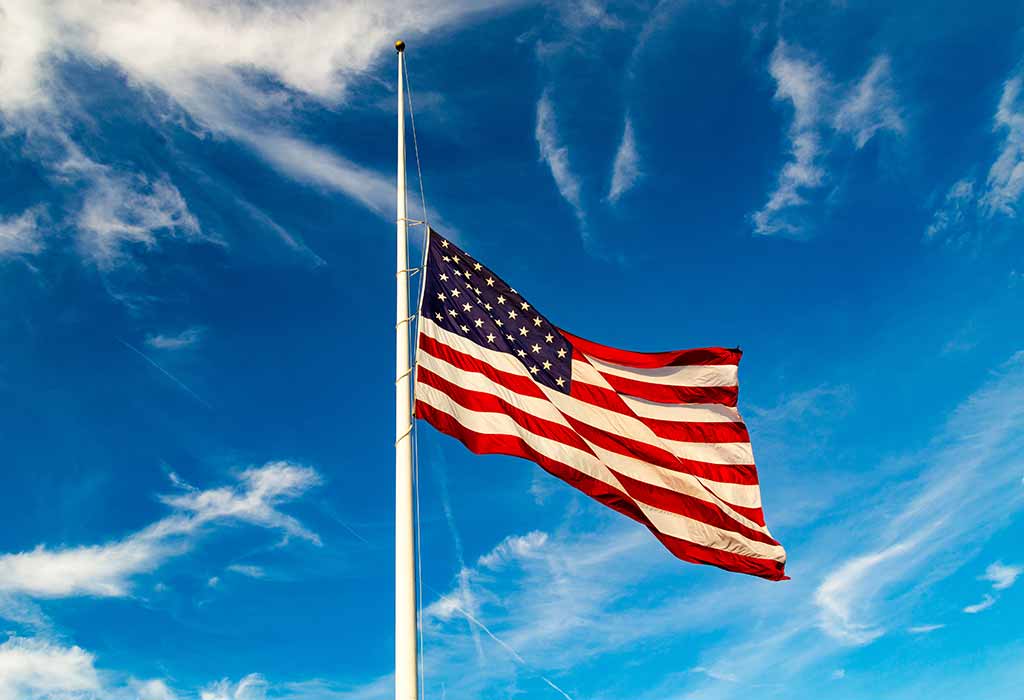 3. Against a wall or in a window

When the union or blue field is exhibited horizontally or vertically, it should be to the observer’s left, as indicated. 4. With the flags of other nations

Each flag should be the same in size and proportionate in height. It is improper to fly one country’s flag higher than another. 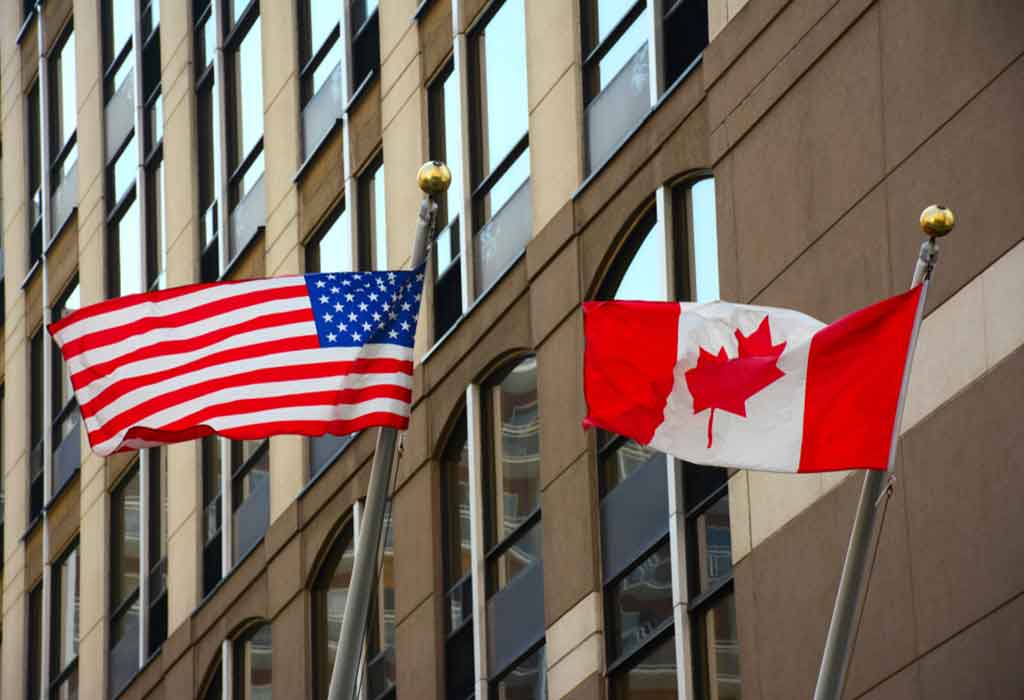 5. From a staff adjacent to others

One should display the American flag in an honorable position at the far left of the most common viewing point. 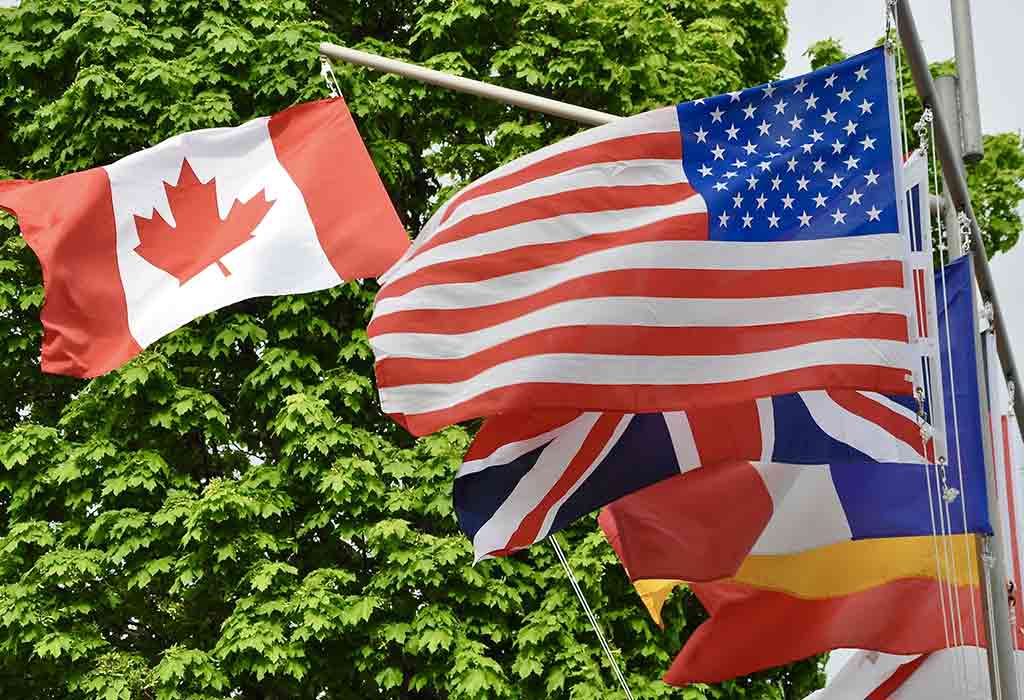 The US flag should be at the center and the highest point of a collection of flags displayed on the flagstaff. 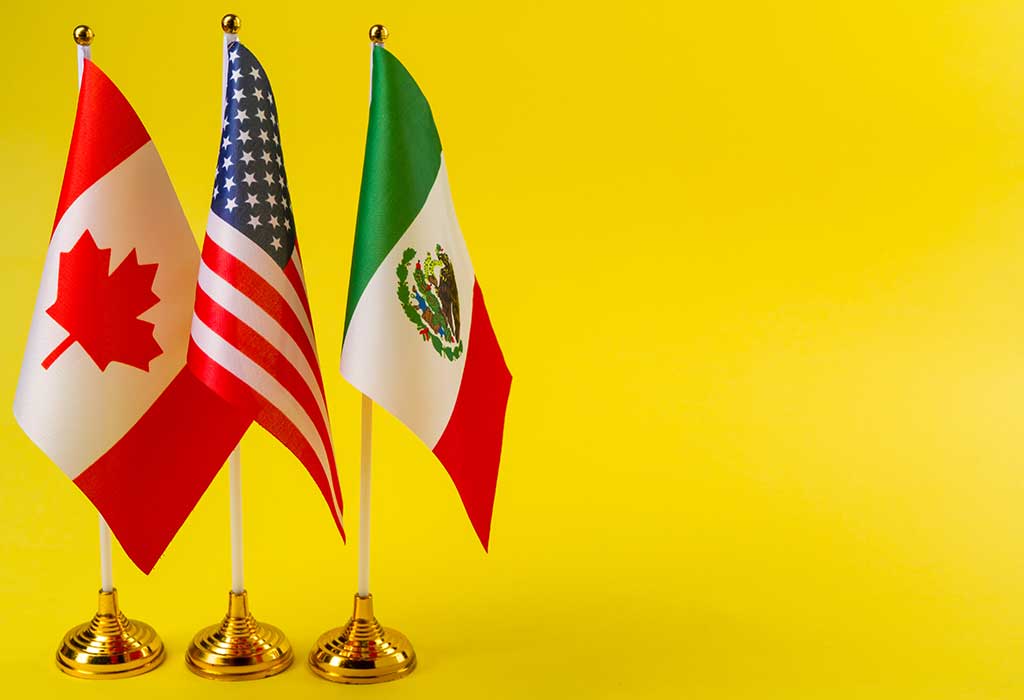 7. Suspended or hanging over the street 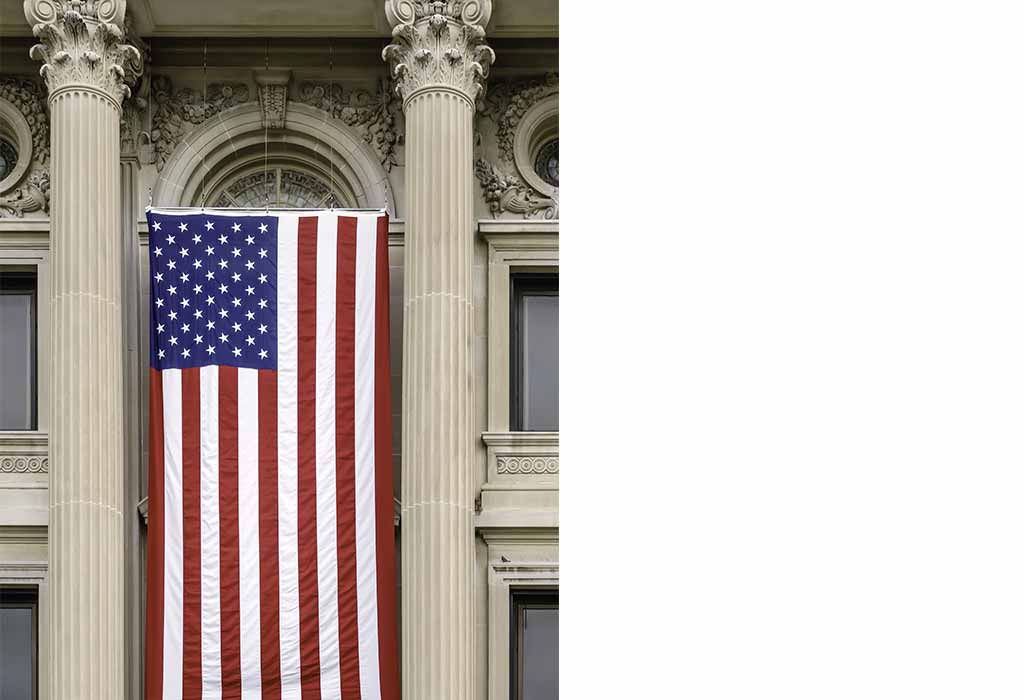 8. Crossed staffs with another flag

When exhibited beside another flag on crossed staffs against a wall, the flag should be on the right, the flag’s own right (viewer’s left), and its staff should be in front of the other flag’s staff. 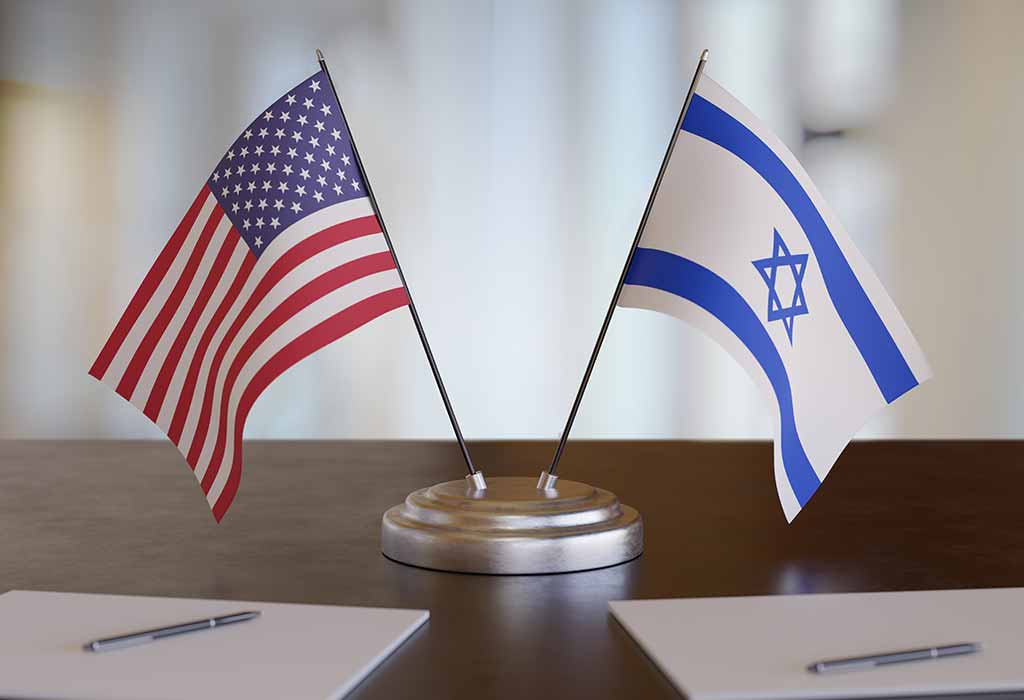 9. In an auditorium or church setting

When the US flag is hoisted on a staff on a platform or stage with a speaker, one should display the flag to the speaker’s right. From the most common vantage position, one should display additional flag sets to the right of the American flag. If hanging vertically or exhibited flat, it should be positioned above and behind the speaker, with extra flags to the right of the most common viewing point. 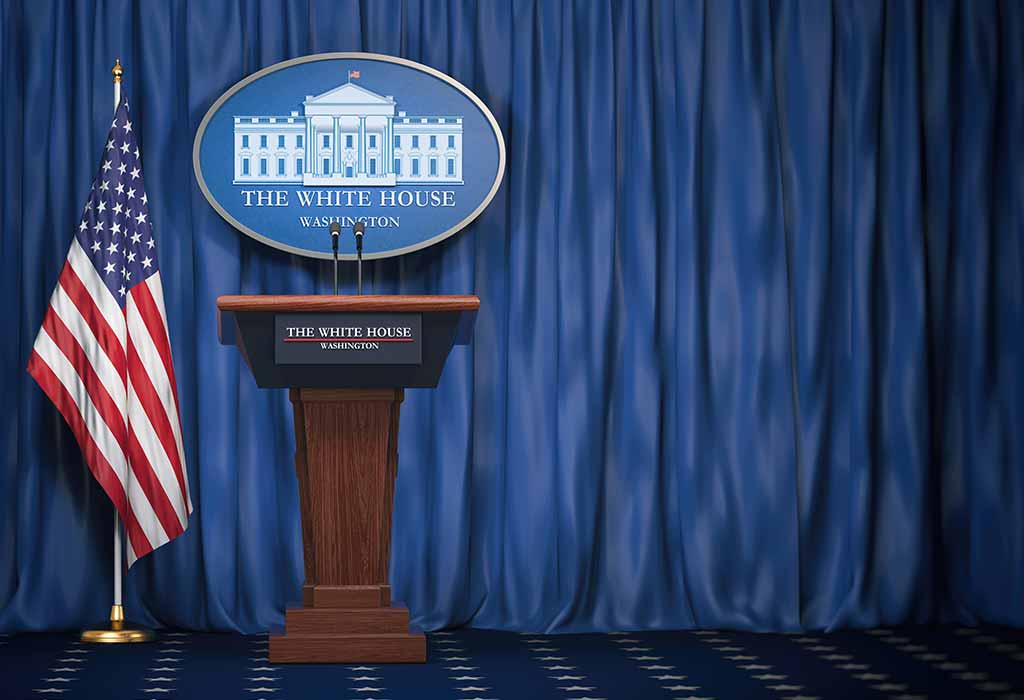 Whether the flag is displayed on a wall, in the yard, or on a vehicle, specific standards for treating the American flag respectfully.

Mistakes to Avoid With The American Flag

Our right to show our country’s flag is unassailable, yet there are more restrictions than you may think. The flag has a lot of significance for many individuals. No one wants their patriotic gesture to be mistaken for a show of contempt. This is what you need to keep in mind.

What is The Right Way to Dispose of The American Flag

On Flag Day, you may discover that your flag has gotten torn and ragged. However, there is no need to be concerned about how to dispose of it properly! The most critical point to remember is that you should not throw your flag in the garbage.

When celebrating a holiday or other special occasion, flying the American flag can be entertaining and patriotic. When it comes to displaying a flag correctly, there are some guidelines to follow. Therefore, you must act like an informed citizen. Thus, make sure that you keep the considerations mentioned above in mind when flying the flag.