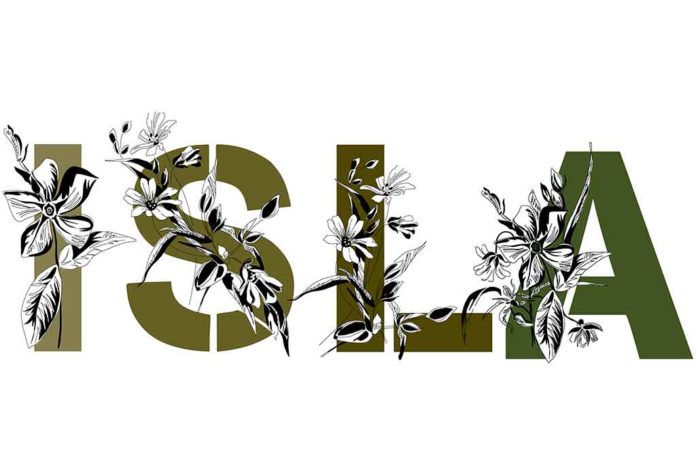 Derived from the Latin’ insula’, Isla is of Scottish and Spanish origin and means “island.” the name is primarily popular in Scotland and other English-speaking countries like England, Australia, New Zealand, and Canada. Its variation Islay is the name of a Scottish river and the southernmost island of the Inner Hebrides of Scotland, known as “The Queen of the Hebrides.”

What Does Isla Mean?

Derived from Spanish and Scottish origin, the meaning of Isla as a girl’s name is “island.” Popular as “Islay,” the meaning of Isla refers to the name of an island off the west coast of Scotland. This stunning Scottish variant of Islay has a gentle sound and relaxing vibe that fits into the category of on-trend names with -la suffix style that is on the rise.

Isla, the Spanish word for island, is also the name of two Scottish rivers and an island spelt Islay. Although the root word has no known origin, the name in its original form might have been Ilay or Islay that were masculine given names rarely used among women. Islay was probably recorded by Ptolemy as Epidion, the use of the “P” in the name suggesting a Brittonic or Pictish tribal name. Other forms of the feminine name derived from alternate historical spellings of the Scottish island’s name include Ile and ILA. The original name might have come from Gaelic’ Aileach’ meaning ‘rocky place.’

Isla name variations usually have alternate or equivalent spellings as a result of cultural and national differences. Here are some of the other spellings for Isla that are linguistics cognates from various countries:

How Popular Is the Name Isla?

Isla as a name has been a favorite among English-speaking nations, including America, England, Wales, and Scotland. Isla did debut on the charts briefly in the late 1800s and early 1900s but managed to climb onto the US naming charts to the top 1,000 names for girls in 2008, ranking at 619th place. Having stayed as a long-neglected name for over 100 years, the Isla popularity ranking has been increased by Isla Fisher, an Australian actress who became famous through “Wedding Crashers” in 2005. This friendly and unpretentious name has maintained its short spell in the popularity charts of the United States and has not fallen into the category of overused names. According to Social Security Administration data, the Isla baby name ranking reached 150 in 2014 before entering the top 100 names in 2017 and peaking at 44 in 2020. It invokes namesakes Isla Fisher, Isla Elizabeth Phillips (great-granddaughter of Queen Elizabeth), and Isla Blair. It was also chosen as the name of a character in Harry Potter.

Over the last ten years, interest in the name Isla has recorded consistent search popularity of over 40, reaching 100 on Jan 2020. The lowest value of 40 was recorded on two instances – December 2017 and April 2020.

Interest in Isla – US

Over the last ten years, search trends for the name Isla have recorded a consistent search interest of over 40 reaching 100 in May 2014. The lowest value was recorded in Oct 2011 at 34.

The Popularity of the name Isla

Search trends for the name Isla show the highest interest in Puerto Rico in the last ten years. Countries like Cuba, Spain, Panama, and Chile follow close behind. Due to a large population of Spanish ethnicity in Puerto Rico, a traditional Christian name like Isla has gained maximum popularity among parents in this American settlement.

Search trends of Isla – the US

Florida has led the search trends among the sub-regions of the US for the name Isla over the last ten years. Texas, California, New York, and New Jersey have secured a place in the top 5 positions.

Middle Names That Go With Isla

Whether single or double syllable, the perfect middle name can be an eye-catcher. Here are some of the short and unique double names with Isla that may sound oh-so-sweet.:

Most of us are inspired by the names of celebrities, politicians, businessmen, and living legends who have been extremely successful in their respective fields. Here is a round-up of famous people called Isla who may be a part of the baby naming trend.

Baby names like Isla have a strong connection with the original name and are worth paying attention to. Family names like Isla conform to the norms of the different cultures. Here are some of the other names for Isla that help you make the perfect first name and surname pairing.

Names that rhyme with Isla may sound evocative and poetic enough to become memorable in their own right. A trendy name like Isla may sound appropriate and meaningful under any circumstances.

Matching sibling names may sound cute together whether you’d like to stay on or off theme. Here are some of the best sibling names that go with Isla:

You can choose nicknames after considering your children’s persona. Here are some of the most adorable nicknames for the name Isla:

Unlike other vintage names that are more popular and overused Scottish names, Isla is still relatively simple, fresh, and not too frilly. It has a connection to nature which makes it a one-of-a-kind name for parents interested in the culture of Scotland or who wish to trace back their Scottish ancestral roots through this name.