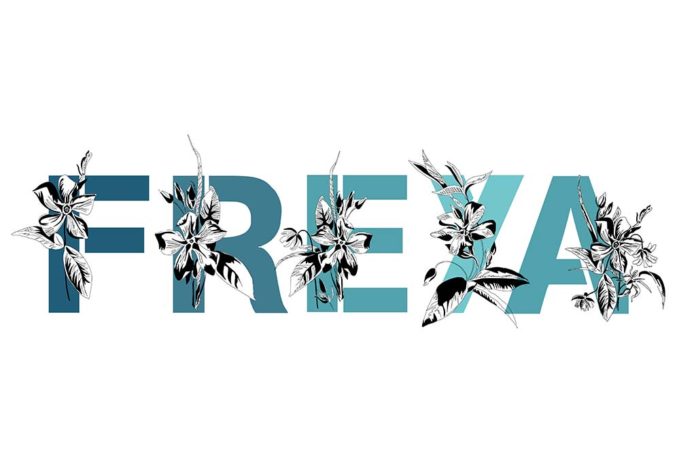 The name Freya is relatively unique and rare. The name even has a beautiful pronunciation and stands apart in the crowd. The name did not gain much fame in the earlier decades. However, it gained popularity and entered the top 1000 baby names list from 2013. The name’s popularity is rooted in its meaning and association with mythology. The name is also distinctive in Joseph Conrad’s novel titled “Freya of the Seven Isles.”

What Does Freya Mean?

Many parents prefer to name their children after carefully evaluating the name’s meaning. The meaning of Freya is “lady” or “a noblewoman.” In Old Norse mythology, this name was the Norse goddess of fertility, love, and beauty. The goddess performed magical arts and divination, which helped its practitioners glimpse the future and even change it. The goddess Freya is honored in the Danish national anthem, where the name denotes the “hall of Freya.”

The name Freya originates from Scandinavia and stands a strong presence in Old Norse mythology. The goddess Freya was a ruler over the meadows and practiced magic. She was a victorious warrior, and the name is a feminization of Frey or Freyr, which is the name of the goddess’s brother.

A name has several variations ranging from different origins. Other spellings for Freya indicate the name’s significance in terms of religion and culture. Therefore, some of the Freya name variations and their origins are:

How Popular Is the Name Freya?

According to the SSA data, Freya entered the top 300 name rank in 2018, ranking 266. The Freya baby name ranking further went up to 200 in 2019, followed by 179 in 2020. The upward trend in the name implies the rise in the name over the years. This also indicates that the name has a significant probability of entering the top 100 list shortly.

The interest in the name Freya has been gradually increasing over the last ten years across the world. The name has a rank over 30 and experienced popularity in February 2011, after which it significantly dropped. The name started to go up the ranks from April 2015, followed by April 2018 onwards. The name reached its highest popularity in December 2019.

Interest in Freya – US

Over the last decade, the interest in Freya’s name in the US has been steadily moving towards an upward trend. The name dipped the lowest in November 2011, after which it maintained a rank over 30. The name slowly increased in rank from April 2018 and attained the most popularity in December 2019.

Popularity of the name Freya

The top five countries where Freya is the most searched are Belgium, the United Kingdom, Hungary, Ireland, and Estonia. These countries rank the highest in the search trends over the last decade, indicating the increased use of the names.

Search trends of Freya – US

In the US, Washington ranks the highest among the search trends for the name Freya. In the last ten years, Alaska, North Dakota, Wyoming, and Idaho are other countries that also have the highest search trends, respectively.

Middle Names That Go With Freya

When choosing middle names for your child, you need to select one that maintains the overall name’s harmony. It also plays a vital role in preserving the heritage of your family. Therefore, some of the double names with Freya are:

The influence of celebrities can be observed in lifestyle and fashion trends, among others. Their impact on name trends is significant as well. Therefore, some of the famous people called Freya are:

Keeping a few alternatives in mind can provide more options when naming your child. You can choose variations of a name with the same meaning. Similarly, for baby names like Freya, you can select similar baby names with careful consideration. Therefore, some of the family names for Freya and other names for Freya are:

Parents can choose from rhyming or similar sounding names in the context of a specific name. Hence, some of the names that rhyme with Freya are:

Choosing the names of your children by keeping a balance among them is essential. When choosing sibling names that go with Freya, keeping this in mind can help select suitable names. Therefore, some of the sister and brother names for Freya are:

Nicknames stay with us for a long time. They are usually given to us by our close family or friends when we are kids and used in informal settings. Therefore, some of the nicknames for Freya are:

Freya’s popularity has been gradually increasing in the last decade. They managed to enter the top 1000 list in 2013 and even entered the top 200 name list by 2019. This indicates the inclination of using rare and unique names in the present generation. Therefore, this name can further move up in the rank list and become one of the most used names in the future.

COVID-19-Positive While Pregnant or Breastfeeding? Here’s What You Can Do

Using Nasal Decongestant Spray during Pregnancy – Is It Safe?

6 Weeks Pregnant With Twins or Multiples