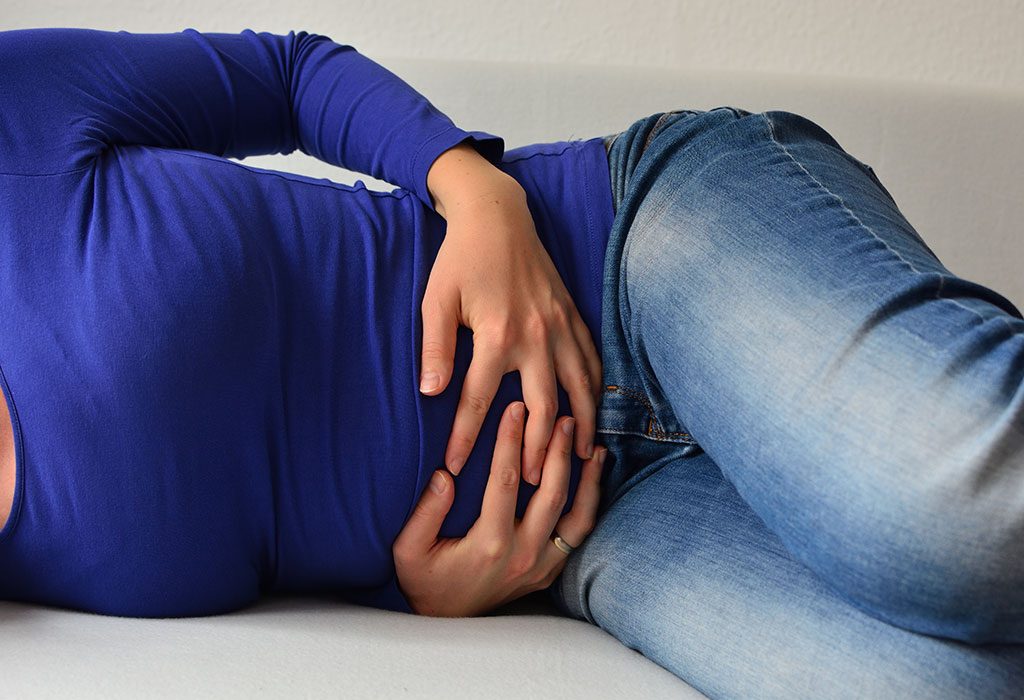 If you’ve heard someone you know had a uterine rupture, we are sure it took some time for the news to sink in and also raised concerns and curiosity about what it really is. The name itself sounds like a nightmare, and before you read further, you must know that yes, it is scary, but it is a very rare condition. Though you may have one or more risk factors that are mentioned below, the chance that you might face this is low. Studies show that a majority of women who deliver after a prior caesarean have a safe and normal birth. According to the National Health Institute, 992-993 women out of 1,000 give birth without the complication of a uterine rupture.

Let’s dive deep into the topic and know what uterine rupture really is.

What Is Uterine Rupture?

Uterine rupture or a tear in the uterine wall during pregnancy is a very rare complication usually observed in the last trimester of pregnancy which can cause maternal and foetal distress.

The uterus is a stretchable bag-like structure located in the abdominal cavity, and its wall is three-layers thick. These layers are –

Uterine rupture occurs when the uterine wall is disrupted in such a manner that the contents of the uterus (like the foetus, the placenta, and the umbilical cord) can be expelled into the abdominal cavity.

On the other hand, uterine scar dehiscence or uterine window or scar separation involves the disruption and separation of a pre-existing uterine scar, and it does not disrupt the serosa. Hence, the contents of the uterine cavity remain within the uterus.

Uterine rupture usually occurs during peripartum, that is the time period shortly before, during, and immediately after delivery. This is obviously because it is the time when the foetus has attained the maximum size, and the uterus is maximally stretched. It can either occur in women with a native, unscarred uterus or a uterus with a surgical scar from previous surgery done for any reason – previous Cesarean section or any other surgery like a myomectomy (partial removal of the diseased uterine wall be it by open surgery or a laparoscopy).

What Are the Chances of the Uterus Getting Ruptured?

Even in high-risk groups, the overall incidence of a ruptured uterus during delivery is quite low. It occurs at the rate of 1 in 1,146 pregnancies (0.07%). The chances of uterine rupture are even fewer in an unscarred uterus. But if you have undergone a previous Cesarean section or any surgery on the uterus, the risk of a uterine rupture during delivery doubles consequently. Also, the higher the number of various risk factors present, the more is the chance of rupture, the incidence still being very low.

What Are the Risks for a Uterine Scars Separation?

The possible causes of the uterus rupturing are different for an unscarred uterus and a scarred uterus, the latter being accountable for most of the cases.

Reasons for Uterine Rupture in an Unscarred Uterus

An unscarred uterus is least susceptible to a uterine rupture. The incidence is only 0.012% that is 1 in 8434 pregnancies – almost all the cases being those of second or third pregnancies rather than first pregnancies. So, if this is your first delivery and if you have never had any surgery done on your uterus, you need not worry.

Following are the risk factors in an unscarred uterus:

Reasons for Uterine Rupture in a Scarred Uterus

A single cesarean scar increases the overall rupture rate to 0.5%, with the rate for women with two or more cesarean scars increasing to 2%. Medical literature suggests that there is an increase in the complications following vaginal birth after previous cesarean section (VBAC) due to uterine rupture. This and the medico-legal fears is the reason why there is a decline in the doctors offering and women accepting planned VBAC in the UK and North America and now also in urban India. Can uterine fibroids rupture? Well, the scar of myomectomy on the uterus (the surgery done to remove the fibroids) can give way to uterine rupture. The fibroids per se, causing a rupture in an unscarred uterus is extremely rare.

Risk factors in a scarred uterus:

There is a threefold increased risk of spontaneous uterine rupture after a previous C-section compared with women who undergo elective repeat cesarean delivery. But, it is quite interesting to note that if there has been one successful VBAC (vaginal birth after C-section) earlier, the chance of uterine rupture during VBAC subsequently is decreased.

Multiple potential theories exist, but the two most obvious are that a successful prior VBAC attempt ensures that –

The upper vertical scar in olden times is now almost obsolete as it carried the maximum risk of rupture. The lower transverse scar most commonly used today is least susceptible to rupture.

There is a threefold increased risk of a rupture if the interdelivery time between the previous C-section and the subsequent delivery is less.

There is a threefold increase in the rate of rupture if the maternal age is greater than 30 years compared to younger mothers.

There is no increased risk in twin pregnancy compared to singleton pregnancy.

There is a slightly higher risk of rupture if the weight of the baby is more (> 4000 gms).

There is a significantly higher risk of rupture if the gestational age is greater than 40 weeks as usually they are associated with induction of labour.

What happens if a scar starts to tear during labour? The initial signs and symptoms are quite nonspecific, and that makes the diagnosis difficult, delaying the definitive treatment. The signs and symptoms may vary from being minimal like in small dehiscence to a severe life-threatening one, like in the case of a large rupture which involves a major blood vessel. It largely depends on the timing, site, and extent of the uterine defect. Uterine dehiscence at the site of a previous uterine scar is typically serious because the scar has relatively fewer blood vessels.

What the Mother Can Experience

A mother, when in labour, or due to lack of experience, may not be able to notice any symptom and hence delay the diagnosis and treatment. Following are some symptoms that may indicate a uterine rupture:

What a Doctor Can Pick Up

These signs are not specific for uterine rupture, but only indicative and needs a proper diagnosis by experts.

What Happens If the Scar Starts to Tear During Labour?

The consequences of uterine rupture depend on its severity, the time between diagnosis and treatment and the level of medical care available.

Foetal consequences are admission to neonatal intensive care unit, fetal hypoxia or anoxia (decreased or no oxygen to the baby respectively), and neonatal death. The chance of death varies from 6-17%, but the incidence of perinatal death associated with uterine rupture is decreasing in the modern era.

Uterine rupture is an emergency, and it needs rapid diagnosis and treatment. Because of the short time available before the onset of irreversible damage, time-consuming diagnostic methods and sophisticated imaging modalities have only limited use. It is only the clinical expertise of the doctor that will help based on the standard signs and symptoms.

The most critical part of the management of uterine rupture is timely diagnosis and commencement of the treatment as fast as possible. As a rule, the immediate stabilisation of the mother (including fluid resuscitation and blood transfusion) and the delivery of the foetus within 10-37 minutes of uterine rupture is necessary to prevent serious complications to both the mother and the child. The newborn may require admission to the NICU (Neonatal Intensive Care Unit) and observation. Later, the mother might need a surgical intervention which again may vary from a simple tear repair to removal of the uterus (hysterectomy) depending on the type and the extent of uterine rupture, the degree of bleeding, the general condition of the mother and the mother’s desire for future childbearing.

Can Uterine Rupture Harm the Baby and the Mother?

Yes. Uterine rupture can cause significant harm to the mother and the baby. It can also result in death. But in a well-managed case with prompt diagnosis and treatment in a well-equipped hospital, the mother and the baby usually do well, and death is an extremely rare occurrence. In some cases, uterine rupture recovery time is prolonged and needs longer hospital admission adding to the cost. Uterine dehiscence is less harmful and in fact, may not cause any trouble at all.

How Can Uterine Rupture Be Prevented?

The most direct prevention strategy for pregnancy-related uterine rupture is to minimise the risk factors. The risk modification begins even before the first conception until the last delivery.

What Can a Mother Do?

What Can a Doctor Do?

Although uterine rupture can have dire consequences, it is important to remember that it is extremely rare, and can be harmless if detected early. Being aware and staying alert are the best ways of avoiding uterine rupture.

Previous article « Haemorrhoids (Piles) During Pregnancy: Causes Symptoms and Remedies
Next article How to Deal With Cracked or Bleeding Nipples »