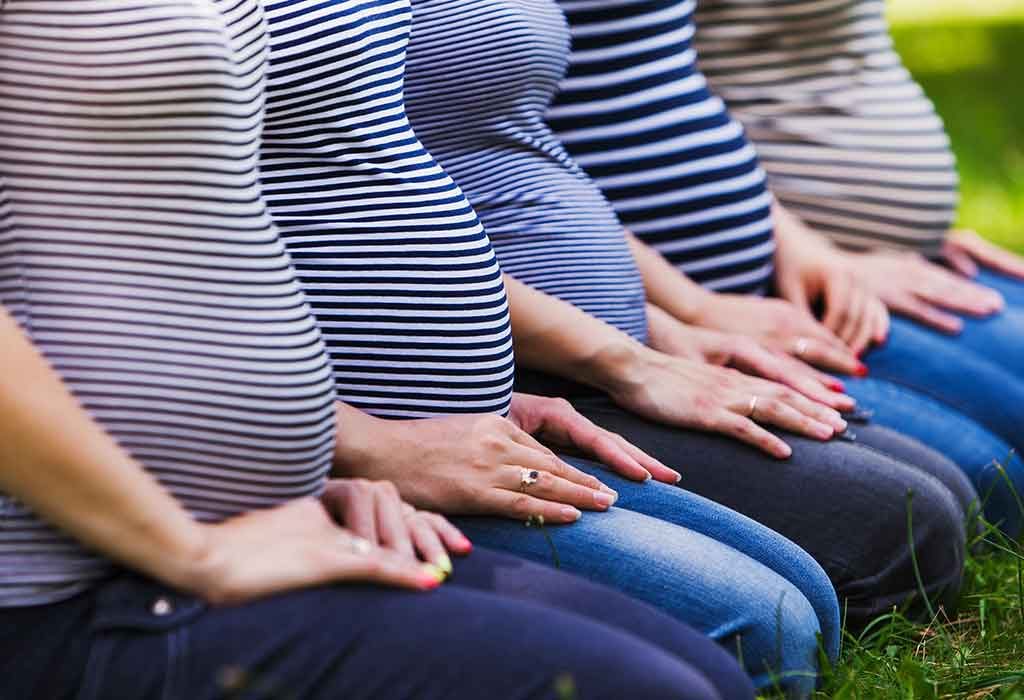 A question that is frequently asked by expecting mothers is, how long is each trimester of pregnancy? If you, too, have searched for this question, then you might know that there are many answers in response. Different practitioners use different methods to calculate the start and end date of pregnancy, which causes a slight variation in each of the calculations.

How a Trimester Is Measured

Practically speaking, each trimester must contain three months – that’s why there are three trimesters in a pregnancy, which make up the nine months of gestation. While some practitioners break up the trimesters into 13 weeks each, others add on some extra weeks to make a grand total of 40 weeks.

Duration of Each Trimester, and Why It Is That Long

In medical terms, a human pregnancy lasts for a total of 40 weeks. A trimester is a way of measuring the progress of the pregnancy, making it easier to identify the segment in which the expecting mother is! While we know broadly that each trimester consists of 3 months, that’s not the exact calculation of each trimester. The difference between a certain month and the corresponding weeks may cause worry as to why a specific change is not happening in the pregnancy, or if some change is happening too early in the pregnancy. A simple answer to this question is that the changes in pregnancy happen week by week, and some events may occur over a range of weeks and months.

Another reason for the difference is that all women are not alike! Some women may feel the heartbeat of the baby in the 8th week, while others may feel it at the 6th week. To ease the worry of the expecting mothers, the ultrasound that is done during the routine check-up will give an almost accurate picture of the week of pregnancy the woman is in, and how the fetus is growing inside the womb!

How Long Is the First Trimester of Pregnancy?

Read on below to know exactly how long your 1st trimester will last.

As we all know, pregnancy is calculated from the first day of your last menstruation date. So, in the first three weeks, you’re clearly unaware of this beautiful, life-changing surprise you’re about to receive! In the first week, although implantation has not happened, women who are trying to conceive are given folic acid. In the second week, ovulation occurs, when the egg is released from the ovary and is ready for fertilization. The sperms reach the egg, and one of the sperms successfully fertilizes the egg to form a zygote. By the third week, fertilization happens in the Fallopian tube.

Implantation finally happens in the fourth week, and with that, all the fluctuations in the hormones start to take place. The zygote attaches itself to the wall of the uterus, and it can sometimes cause a bit of bleeding known as implantation bleeding. However, it’s not necessary that all women experience this; it only means that the hormones are not high enough to be detected. By the time you get a positive pregnancy test, you would have already crossed week four or five. By week five, the fetus is in the shape of a C, and can be detected in an ultrasound. By week six and seven, the human chorionic gonadotrophin (hCG) hormone is at its peak, and the woman is likely to experience all the early symptoms of pregnancy.

As you enter week eight, the baby starts developing tiny fingers and toes. It also begins to move, but it’s too tiny to be felt at this point in time! By week nine, the heart is fully formed, and the baby is supplied with oxygen through the umbilical cord. The baby gets oxygen from the mother, so practicing deep and proper breathing will raise oxygen levels in the mother’s body and thus supply more oxygen to the baby. At this stage, the woman experiences a lot of fatigue, which will make it difficult to exercise or walk for a long period of time.

One of the most interesting parts of the pregnancy is in this week – the first trimester scan! Did you know by the 11th week, your baby can suck its thumb and move its head? At this point, the head of the baby is bigger than most other parts of its body, with the head alone making up more than half the part of the entire body. Genitals begin to form during the 11th week, but won’t be clear in the ultrasound. By week 12, the baby comes into more of an upright position from the curled position. At this time, most women experience gastric trouble, nausea, vomiting, gas, constipation, and acidity.

How Long Is the Second Trimester?

Now that you know for how many days your first trimester lasts, let’s move on to the second trimester.

Week 13 will mark the beginning of your second trimester! The second trimester is usually the most relaxing trimester of your entire pregnancy. Nausea and vomiting will subside by a great extent by week 14 or 15. The baby’s features are more distinct by now, with the nose and lips being fully developed. Important organs such as the pancreas, thyroid glands, and gall bladder are formed by this time. During the 14th week, the liver is also developed, and is able to produce bile. The pancreas produces insulin.

The baby becomes quite active by week 16. It will now start kicking the amniotic sac, and also start playing with the umbilical cord. As the mommy, you will start feeling heavy due to the increase in blood volume, amniotic fluid, and expanding breast size. By week 17, fat begins to deposit in the baby’s body. Its skin is still thin. As the bones start to develop at this stage, your calcium intake is very important. The baby also starts developing its retinas by week 18. Accurate gender detection is now possible during this week.

During the 19th and 20th weeks, the baby is fully exploring the womb, and is busy touching and kicking the amniotic sac. By now, sweat glands would have developed. Follicles will also start to develop in the ovaries of girl babies. As you reach week 20, you are considered to be halfway through your pregnancy, and the risk of miscarriage drops considerably at this point.

By week 21, your baby can see, and eyelids and eyelashes would have appeared by now. Taste buds have also developed in the tongue. Efficient breathing movements begin at this point. The molars and canines of your baby develop by week 22, along with fingernails and other other functional organs of the body. The reproductive organs are also formed by now.

Your baby now has soft, wrinkly skin. Sleep and wake patterns are developed during this time. You can now feel your baby kicking, and talking and touching your belly will give you a tiny kick, which will make your bond of communication grow stronger and better! Mommies can find it difficult to sleep due to the growing belly, so using a maternity pillow will be of great help.

How Long Is the Third Trimester?

Welcome to the third and last trimester of your pregnancy!

The beginning of your third trimester is marked by week 27. In case your baby is born at this point, it has an 85% chance of survival with the help of incubators. The baby takes up more space in your womb now, so the amniotic fluid level is reduced by half. By now, most mothers can see the baby moving, by concentrating on the abdomen. The bones are completely formed by now, and the baby is gaining layers of fat. The weight of the baby should be more than 2.5 pounds, and it has now developed a sense of taste and smell.

The 29th week is vital for hormone developments. Prolactin a necessary hormone for the production of milk and milk duct formation, and it is produced at this point in time. This makes breastfeeding successful and possible, even if the baby is born early. Some mothers may experience breast leak, as the body prepares the colostrum. The baby’s eyes are now able to detect light, so a flashlight on the bump may stimulate a fetal response.

The baby is getting heavier and heavier with each passing day, but does not increase in height. By the end of the 32nd week, all the senses have developed. Some mothers may experience Braxton-Hicks contractions (which may feel scary, but are not a cause of concern). The baby weighs around 4.5 pounds at the end of 33 weeks.

By week 34, the eyes of the baby synchronize with its sleep and wake pattern, meaning that the eyes are open when the baby is awake, and closed when the baby is asleep. The baby sleeps more often during this time, as a lot of brain development is taking place. The nervous and immune systems are almost developed. Babies born during these weeks have a 99% chance of survival without any medical assistance.

At week 37, the baby is completely developed, and looks clearly like a newborn. It now has less space in which to move around in and kick. The intestines of the baby are completely formed, and begin building up the meconium, which is the first bowel movement of the baby once it is born. The relaxin hormone relaxes all the muscles in the mother’s body, preparing it for labor.

Your baby is the size of a pumpkin by the end of week 39! This is the time when the mothers would feel the most tired, as the baby is fully grown by now, and starts kicking the other organs of the body. Normally, the baby settles down in a head-down position at this stage, known as an anterior presentation, in preparation for its birth. You can expect to go into labor anytime now. Typically, a pregnancy lasts for 40 weeks, but labor can begin sooner, or a little later. An intensive examination of dilatation and effacement of the cervix begins at week 40, to know how close labor is.

This basic guide to the week-by-week development of your pregnancy will help you keep calm, be ready for what’s coming, and patiently prepare for labor. Every woman’s experience is different, and your pregnancy journey will be unique to you. Cherish it while it lasts!