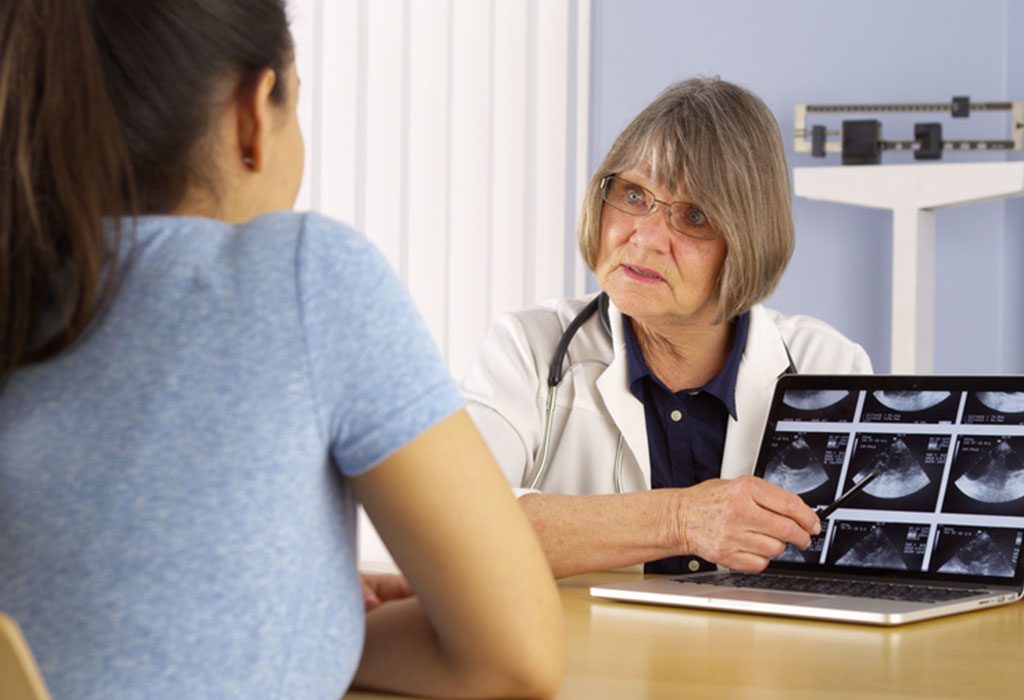 Getting your first scan in your pregnancy can be quite exciting. Getting a scan of the belly is a very special moment, especially for first-time mothers, and is something surreal as it gives them the surety that they indeed have a little being growing inside their belly! No wonder you see so many couples cherish the image of the first scan!

Ultrasound Scan During the First Trimester

The first trimester is a critical period, and adequate monitoring and support are needed to ensure that the pregnancy is sustained and progresses normally. This is also the period during which potential issues are identified and addressed. First-trimester screening results can guide the health provider towards taking precautions which ensure that the baby and the mother stay healthy.

Types of Ultrasound Scans in the First Trimester

On average, for a normal pregnancy, four scans might be needed in the first trimester.

The first one is a dating and viability scan, which can take place between the 6th and the 9th week. This is done to observe the condition of the gestational sac and cardiac activity.

The other one is the early morphology scan or NT scan, which is done between the 11th and the 13th week of the pregnancy. This is done to evaluate any congenital anomaly or birth defects if present.

This scan is done by around the 10th week. The ultrasound device probes the lower stomach to get a view of the baby. A gel is applied to the tummy for better movement of the device.

Why Would You Need the Early Pregnancy Scan?

An early pregnancy scan, which is also known as the dating or viability scan is important for four main reasons:

Screening during the first trimester works like a prenatal test to provide early information about the baby’s risk of having certain chromosomal conditions like Down’s syndrome and Trisomy 18.

Down syndrome causes lifelong mental and social development impairment, while Trisomy 18 is a fatal condition in which the child may not live beyond the age of 1.

Since screening in the first trimester is done much before any other prenatal screening tests, it is an indicator that can give you a direction to decide on further diagnostic tests as the pregnancy progresses, especially in cases of high-risk pregnancies. The first-trimester scan for Down syndrome can also prepare the parents for the possibility of looking after a child with special needs.

However, the first trimester scans do not evaluate results for other birth defects like spina bifida. This is done later in the pregnancy.

There are some cases when an early scan is particularly important. These include:

How Is the Ultrasound Scan Performed in the First Trimester Pregnancy?

There are two ways in which a first-trimester ultrasound exam is done:

A transvaginal scan is usually done when the scan needs to be done before the pregnancy is 10 weeks along. The reason for this is because the baby is too small to be picked up by an exterior scan or ultrasound.

A transvaginal scan is done using a probe which is introduced into the vagina. The probe emits sound waves which bounce off the baby. These waves are then captured by the probe, which magnifies them and produces an image on the computer screen. While a TVS may feel awkward and uncomfortable, it is not painful unless one is tense. Taking deep breaths and relaxing as the probe is inserted is sure to help ease the discomfort.

When Is It Usually Performed?

Medical experts usually recommend that the first scan during pregnancy be done in the 6th week of pregnancy. This one will most probably be a TVS or transvaginal scan. After that, the next scan of the first trimester is usually recommended between the 11th and the 13th week of pregnancy, which is mostly an abdominal scan. Exceptions might be made in high-risk cases, and more scans might be recommended. One point to note here is that first-trimester screening is optional, and the test results only indicate an increased risk of birth defects and do not confirm it.

How to Prepare Yourself for First Trimester Scans?

Unlike an abdominal scan, a TVS does not need you to have a full bladder and is thus an easier procedure to prepare for. You will be required to undress from your waist down, and lie down with your knees bent, much as you would for an internal exam. Consider wearing a two-piece outfit so that you only need to remove your lowers. You will also be asked to empty your bladder just before the scan.

What is Analysed in the First Trimester Pregnancy Scans?

The first one, or the 6-week scan is done for the following reasons:

The next scan, which is usually done between the 11th and the 13th week is mostly an abdominal scan. As we mentioned before, the screening during the first trimester usually combines the results of two tests- blood and ultrasound tests. Here is what they indicate:

The first-trimester ultrasound scan is used to measure the thickness of the area behind the baby’s neck. If the thickness is above limits, it can be an early indicator of Down’s syndrome. Beta human chorionic gonadotropin (beta-hCG), which is a hormone made by the placenta, and pregnancy-associated plasma protein-A (PAPP-A), is a protein in the blood measured during the tests. High levels of beta-hCG might indicate birth defects while low levels of PAPP-A might also indicate the same.

There are certain cases in which the doctor might ask for multiple scans in the first trimester. These include:

What Can I See During the Early Pregnancy Scans?

Not much can be seen during the scan at this stage. The doctor might be able to see a small gestation or pregnancy sac which looks more like a black hole. That is because it is filled with fluid. At this stage, an ectopic pregnancy can be ruled out owing to the location where the sac has implanted in the uterus.

If you are taking a first pregnancy scan at 6 weeks, you will notice that there might be a small white circle seen in the gestation sac, which is the yolk sac. This is attached to the embryo and provides it with nutrients. At this stage, the length of the embryo can be measured to calculate the due date.

A small little embryo can be seen, and the heartbeat can usually be heard.

The embryo becomes clearer to notice on the scan, and measures about 1 to 2 cm.

The baby grows fast and can measure about 3 cm during this time. The heartbeat can be both seen and heard.

This is when you’ll be due for your NT scan. The baby will measure about 5 to 6 cms from crown to rump. This scan is used to check:

Can I Figure out Whether I have Twins?

Twins or multiple pregnancies can be seen from about six weeks onwards, but the doctor may miss them at such an early stage. This happens because sometimes, while the heartbeat is visible in one sac, it might not be visible in the other. In several cases, twins are conceived, but only one embryo grows and develops. This is called the vanishing twin phenomenon and is quite common. In the case of twins, the scans can also determine whether the twins share a placenta or a sac, or have individual ones.

What If the Results Show a Problem?

It is okay to be a bit nervous, especially if it’s your first pregnancy, and of course, if the initial tests do indicate something wrong, then it is natural to be worried. However, the advantage of an early scan is that if anything unusual is noticed, your doctor is sure to address the issue before it becomes a cause for concern.

In certain cases, the indicators can be a sign of a serious condition like Down’s syndrome. The doctor may offer some specific further tests, which can give a clearer picture of whether or not your baby has a chromosomal abnormality. But since these tests do carry a small risk of miscarriage, an ultrasound is always done beforehand. If an ectopic pregnancy is detected in the scans, surgery might have to be performed to terminate the pregnancy before it becomes dangerous for the mother.

If the problem is more serious, like the pregnancy not being viable, then it can be a hard call, depending on how risky is the condition, and the pregnancy needs to be terminated in the initial stage itself.

While the very first scan during pregnancy is not compulsory, it is highly recommended, especially if you’ve conceived with difficulty. The scan between the 11th to 13th week is especially important and is one you should not miss on any account, as it can be an important indicator of the baby’s health and the viability of the pregnancy.