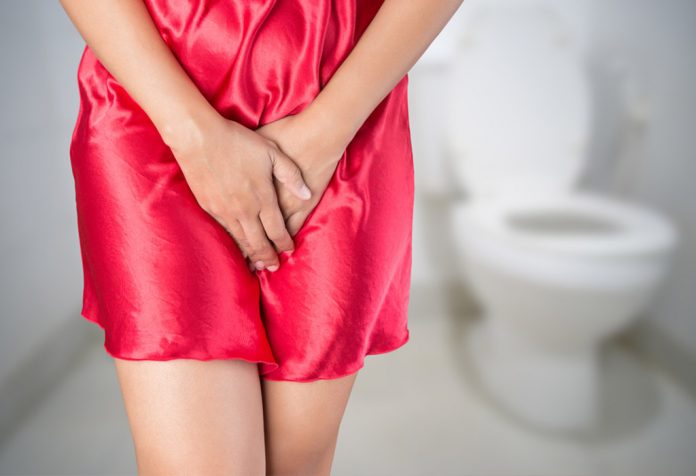 Getting pregnant is something that can be quite unpredictable. It can happen either by accident or you can try and try till you finally get to see those two pink lines on a pregnancy test! Often, many women end up becoming the victims of morning sickness and only then realise that they’ve been pregnant for a while! Is there a way you can figure out if you are pregnant shortly after conception? Yes, through a phenomenon called implantation bleeding! With this, you can figure out in a week if you’re pregnant or not!

What Is Implantation Bleeding?

This is a type of light bleeding (spotting) which is an indicator of the egg attaching itself to the uterus. It is estimated that 33% of pregnant women experience this. It is not a medical emergency and is a completely natural phenomenon.

It makes its presence known in the form of a brown or pink hue. Unlike your period, it doesn’t last for long and doesn’t have any agonizing pain attached to it. In fact, it’s so subtle that you may not even realize its significance.

Every woman is familiar with what her menstrual cycle is like. Being observant helps a lot, as a slight difference in the colour of the blood and reduced flow could make you aware of possible implantation.

When Does Implantation Bleeding Occur?

On an average, implantation bleeding occurs around nine days after conception. However, the range is variable with the same taking place either within a week or even two weeks after conception. In many cases, the bleeding will take place just prior to your menstrual cycle. As ovulation takes place after 11-14 days, there are chances that you could confuse the blood you see with that of what you see during your menstrual cycle. This is what makes it difficult to detect implantation bleeding; women don’t realize that what they think is their period is, actually, a sign of being pregnant!

After the egg is fertilized by a sperm, cell division occurs until the fertilized egg becomes a blastocyst, after roughly five days. The blastocyst then travels for about a day towards the uterus where the following stages of implantation take place:

When the embryo is about a week old, it attaches itself to the walls of the uterus.

The embryo begins to penetrate the walls of the uterus so that it can securely fasten itself.

In this final phase, the embryo begins to embed itself into the uterine wall. 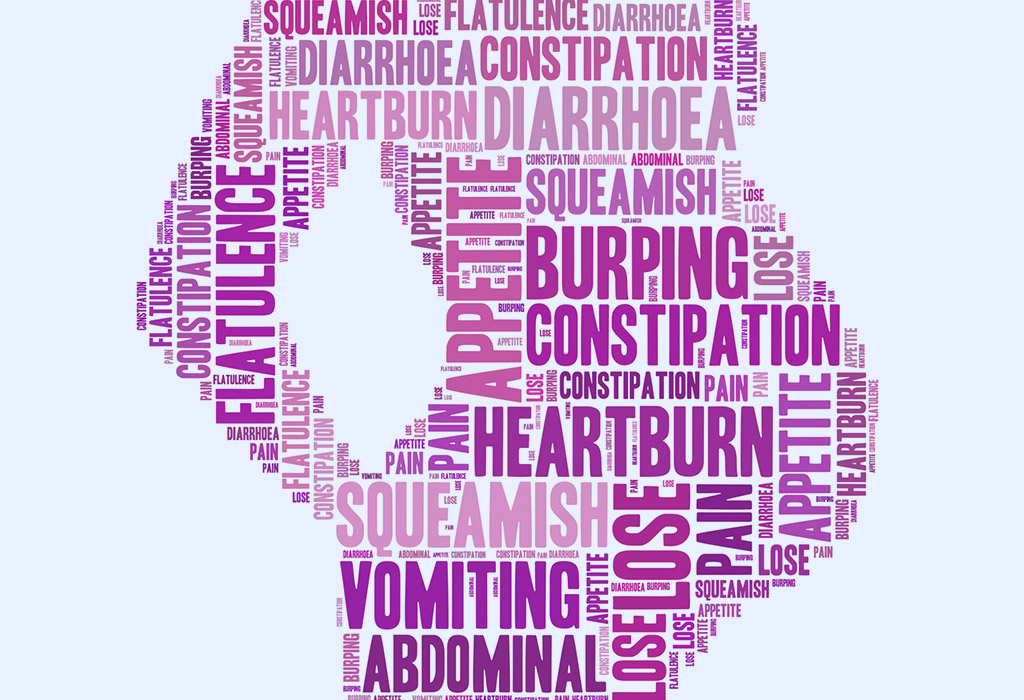 Below are some of the symptoms associated with pregnancy implantation. However, not all women experience these symptoms, and a pregnancy test is the only sure-shot way of finding out whether you are pregnant. Additionally, many of these symptoms must continue for at least a week after the ovulation cycle is over.

Implantation spotting is the most reliable indicator that implantation has taken place. Light, short bleeding without regular period cramps is a sign of implantation. However, spotting may also be a result of sexual intercourse due to increased sensitivity of the cervix.

The process that takes place within your body leads to implantation cramping. However, this pain can be differentiated from menstrual cramping as its intensity is lesser. One aspect to be noted is that cramping isn’t the result of the physical embedding as it is too tiny to make such an impact. The mild cramping is a result of the hormonal changes that take place within the body after implantation.

3. Soreness of the Breasts

After implantation, hormones begin to send chemical messages to the body to prepare itself for pregnancy. In response, the breasts start becoming tender and swollen. You may experience some soreness because of this.

Basal Body Temperature (BBT) is the temperature of your body during a state of inactivity. Many women who are actively trying to get pregnant have a BBT chart to track their ovulation. The best time to take this measurement is right after waking up. When you are ovulating, the BBT increases due to the increased progesterone levels. During implantation, there is a dip in the BBT to below 98.6 degrees Fahrenheit, after which there is a dramatic rise in temperature.

The implantation leads to a flurry of activities taking place within the body, one of which is an increase of blood flow to the pelvis. This puts stress on the bladder making you feel the need to urinate often. However, this is associated with menstrual cycles as well and is not a guarantee for implantation.

The surge in hormones could make you crave a specific food item that you don’t usually eat. Alternatively, you might feel an intense aversion to food items that you eat on a regular basis.

This can happen due to the dynamic change in hormones that takes place during implantation.

There will be a marked increase in your mucus flow due to an increase in hormones that will stimulate the cervix.

You will experience rapidly changing emotions that can range from crying one minute to being elated the next minute. This is on account of the changes in your hormones. However, these are also pre-menstrual symptoms and do not guarantee implantation.

How Long Does Implantation Bleeding Last?

It is difficult to give an accurate number for this as each woman’s body is different. However, an estimate is that most of the bleeding due to implantation lasts for 24-48 hours. In some cases, the duration has reached more than a month, which is an exception and not the norm.

The Difference Between Implantation Bleeding and the Menstrual Cycle

While a lot of the symptoms mentioned above can be characteristic of both implantation bleeding and the menstrual cycle, here are some ways in which both of these are different.

How to Verify If Your Implantation Is Successful 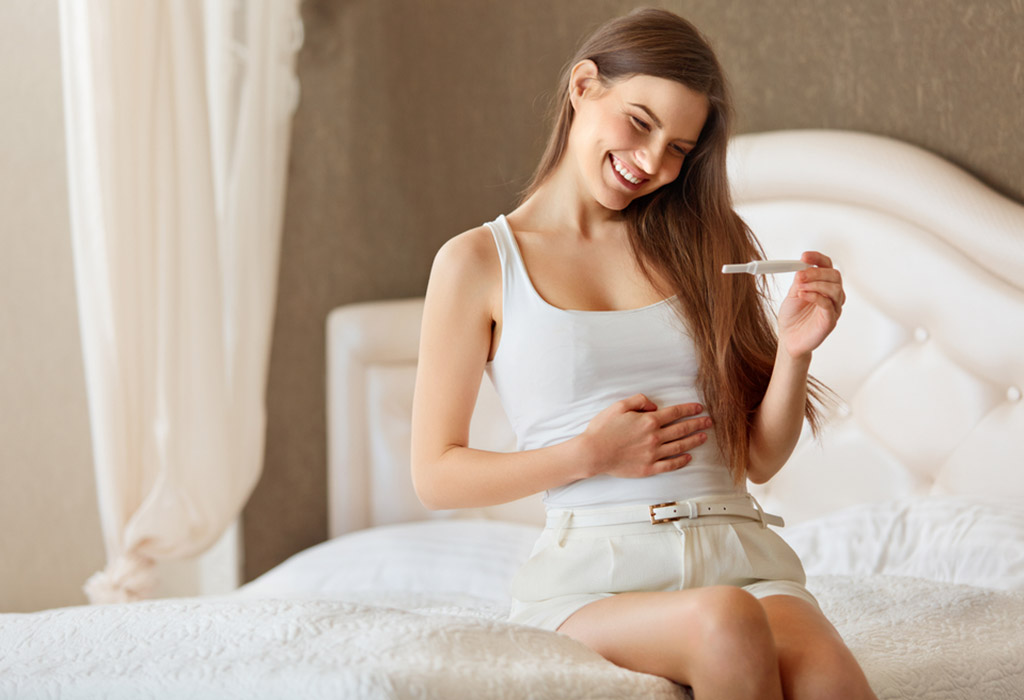 While the symptoms associated with implantation are a good indicator of pregnancy, there can always be other reasons for them such as low hormones. The best way to verify whether your implantation has been successful is by taking a pregnancy test. Ensure that you take your test at least 10 days after the seeing the blood you suspect to be of implantation bleeding, to avoid a false positive.

How Can You Improve Your Chances of Implantation?

Below are a few tips you can try to get pregnant:

Fibre-rich foods, such as green leafy vegetables, have been known to help the body maintain a healthy progesterone level.

Fish such as salmon and mackerel, which are high in omega-3 fatty acids, prevent the uterus from contracting too hard which can cause pain and lead to the faulty positioning of the uterus.

Stress can throw your ovulation cycle off balance as high levels have been known to affect the hypothalamus, the area that regulates your hormones. It can begin a vicious cycle, as not getting pregnant leads to stress, which in turn leads to not getting pregnant. You can see the signs of stress in your cervical discharge, which, instead of increasing in volume, becomes patchy and interspersed. So take a chill pill, and you’re sure to improve your chances of getting pregnant.

4. Stay Away From Xenoestrogen

These are chemicals that have oestrogen-like properties. They are very harmful to the body and reduce the elasticity of the uterine wall. Xenoestrogen is often found in non-organic foods and non-vegetarian products subjected to growth hormones.

This may seem a little strange, but the little swimmers stand a better chance of reaching the egg with gravity to gently nudge it along. Lie down with some pillows under your bottom and your legs rested on a wall to improve the mobility of the sperm.

Overtaxing the body while you’re trying to get pregnant isn’t a good idea due to the stress that your body has to go through. It would lead to the body giving precedence to keeping up with your pace during pregnancy. Avoid vigorous exercises and switch to easier forms of keeping the body fit, like yoga or walking. Those with an active social life could also scale it down a little and focus on spending some me-time to rejuvenate themselves.

Herbs have been known to help the overall health of the uterus by toning the muscles and reducing cramps. Some of the herbs that recommended by herbalists include cramp bark, black haw and partridgeberry.

Most women aren’t aware of what implantation bleeding is, let alone know the symptoms associated with it. We’ve curated some of the most common questions that pregnant women around the world have with respect to the topic:

1. What is Implantation Discharge?

This is the thickening of the cervical discharge. It takes place once the egg is fertilized to protect the egg from harmful bacteria, and lower preference is given to sperm movement. There is also an increase in the discharge which would result in your underwear being wet often. You can examine this by following the below steps:

2. Can the Blood Seen Due to Implantation Bleeding Be Heavy or Red?

The amount of blood you will see due to implantation bleeding will always be light and would not even require you to change your pad. Anything heavy may be an indicator of something else. If you experience heavy bleeding along with nausea or vomiting, it may be a sign of an ectopic pregnancy, which is a medical emergency.

3. If There Is No Implantation Bleeding, What Does It Indicate?

It isn’t necessary that every implant must have bleeding associated with it. While many women do experience bleeding, around 2/3rd of pregnant women do not experience it! In situations like these, you can check if you show other symptoms related to pregnancy. If you are pregnant, then the hormonal fluctuations would have already begun, and you may experience nausea, fatigue and swollen breasts.

4. What Should Be Done If Implantation Bleeding Takes Place After a Missed Period?

There are some instances where you may experience bleeding without having a period. In these instances, it becomes crucial that you understand the difference between a period and implantation bleeding. You can always take a pregnancy test to keep your mind at ease. Do wait for a few days before taking the pregnancy test to avoid a false negative result.

5. When Should I Consult a Gynaecologist?

There are two scenarios where you can seek the guidance of your gynaecologist. First, there is heavy bleeding followed by fever or vomiting. This can be a sign of the embryo being placed outside the uterus and requires medical assistance. The second scenario is after a being tested positive for a pregnancy test.

6. When Should I Take a Pregnancy Test?

Now that you know about implantation bleeding, getting a pink/brown bleeding can have you excited. However, don’t be too quick to pull out the pregnancy test kit. The hormone hCG, which is secreted by the foetus, and is detected by most pregnancy devices, takes a while to reach the bloodstream and urine. This means if you do a pregnancy test too early, it may result in a false-negative. Testing for pregnancy via a blood test would be faster as the hCG reaches the bloodstream first. To be on the safe side, you can take the test after 10 days. Also, if you are checking your urine for hCG, follow the below steps to avoid a false positive:

Vaginal health is sacred, and an unannounced visit by Aunt Flo can be a scary experience. Spotting as a result of implantation is, by all means, normal and shouldn’t cause any worry. If anything, it is a time to rejoice because it means you’re about to be a mom soon!