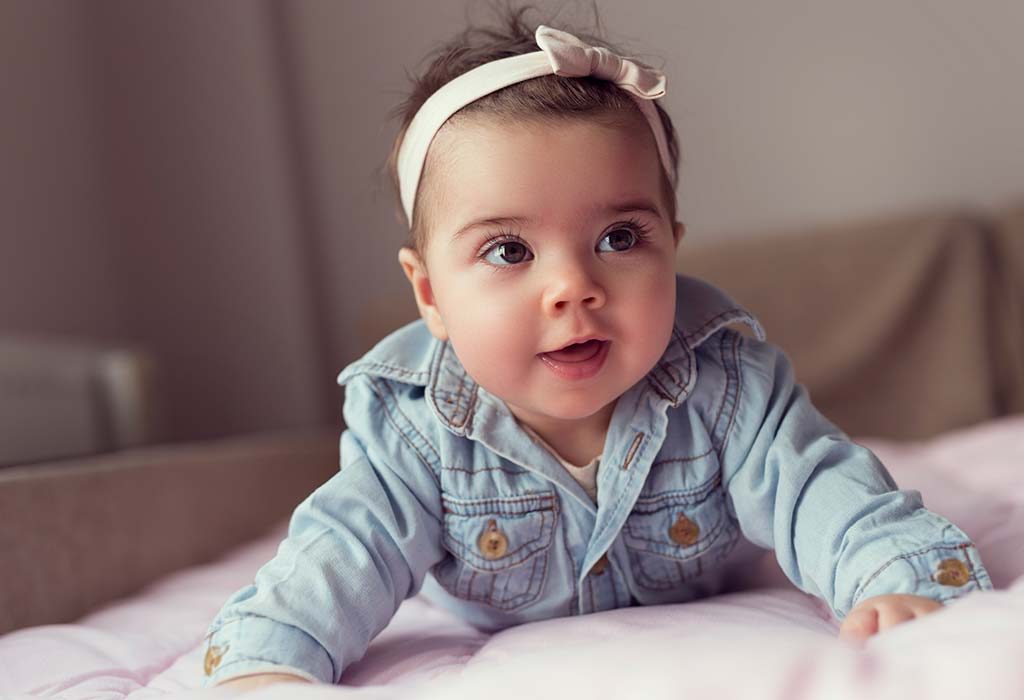 One-of-a-kind names are the trend these days with new babies and modern parents! If you are also looking for something new and out-of-the-box kind of a name for your daughter, then you’re in luck. Here, we present you with 20 cute tomboy names for baby girls that will surely inspire you to choose a unique name for your daughter!

The list of not-so feminine tomboy girl names with meanings are listed below:

A cute and classic name that sounds charming on both boys and girls! Avery is an English name which means ‘an elf counsel or ruler of the elves.’

An exotic name that looks super cool on girls! Anais is a Hebrew origin name that means ‘grace.’

Names ending with ‘x’ are quite rare! Beatrix is the modern version of the name Beatrice, and Bellatrix!

More commonly used as a boy’s name, this moniker also looks equally charming on girls. Blake, in English, means ‘fair-haired.’ So, it would make a perfect choice for girls with blonde or brunette hair!

There’s something about Scottish names that we just can’t stay away from it! Bellamy is a cute variation of the name ‘Bella.’ Bellamy is an Irish origin name which means ‘fine friend.’

Charlie is probably one of the best not-so feminine tomboy names you can give to your daughter! Charlie is the feminine version of the name Charles which means ‘free man.’

Yes, we know Cody has been traditionally used as a name for boys, but who cares about tradition? Cody is a perfect tomboy name that your daughter will love. It is an English name that means ‘helpful, pillow.’

A common unisex name that has an angelic appeal attached to it! Evan is a Welsh name that means ‘God is good.’

A short and sweet name that would suit well on your cutie pie! According to Greek mythology, Iris was the name of the goddess of the rainbow and the messenger of Zeus and Hera.

Jamie is probably one of the most common unisex names we hear worldwide! Jamie is a variation of the name James that means ‘supplanter.’

Jordan is a very popular unisex baby name but looks cuter on girls! This cool and classic Hebrew name has a pretty meaning ‘flowing down.’

Cute, elegant and tomboyish Josephine is a name well-suited for your angel! Josephine is the feminine version of the name Joseph that means ‘Jehovah increases.’ A cute nickname of JoJo would suit this name!

A cute and classic name which is the name of the goddess of moon and hunting as per Greek mythology. A cute nickname of Abbie would go well with this name!

A short and sweet name that looks super cute on girls! Quinn is again an Irish origin name that means ‘descendant of Conn.’

A perfectly befitting unisex tomboy name for your daughter! Sydney is a French name for Saint-Denis and also the name of a beautiful city in Australia.

If you are looking for a stylish name with a tomboyish feel attached to it, then Sloane is a great option! Sloane is an Irish origin name which means ‘raider.’

Yet, again an Irish origin name that’s pretty popular. Teagan looks cuter on girls than on boys. The Welsh meaning of Teagan is ‘fair or little poet.’

The above-quoted names are the topmost trending tomboy names for baby girls! We hope that it makes your name selection easier!