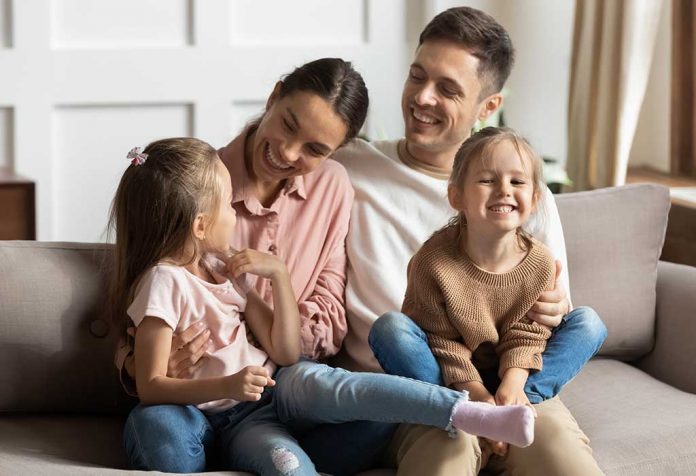 Surnames are usually derived from a place, a nickname, occupation or relationship with a one’s father or mother. Investigating the origin of one’s own last name can be interesting for those who want to trace their family history and roots. Most often, surnames get corrupted over a period of time, and their original meanings change. The letter M is associated with a lot of last names, some popular and some unique. Pick one from this comprehensive list of last names starting with the letter M and let it define yours and family’s identity.

This catalogue of the most common last names that start with M with their meanings has been arranged in an alphabetical order to help you select one for your little baby or yourself.

Ma is a Chinese surname which means ‘horse’.

Derived from Mack, Maack means ‘the greatest’ in Latin and ‘charming’ in Scottish.

This Dutch and German-surname is derived from Middle Dutch ‘Mage’ and Middle High German ‘Mac’, Maag means ‘relative’ or ‘kinsman’.

Mabee is, and English surname derived from French’ Mabil’ or ‘Amable’ that comes from Latin Amabilis meaning ‘loveable’.

Derived from Welsh Maponas or Mabon meaning’ great son,’ Maben is popular among the Celtic tribes.

This Italian surname is derived from Arabic Makhlus meaning ‘liberated’.

Derived from Arabic Maqqari, this habitational last name refers to ‘someone from the Algerian city of Maqqarah or the Italian city of Maccari’.

This Irish surname is an anglicised form of the Gaelic Mac Carthaigh meaning ‘son of Carthach’ or ‘loving’.

A variant of the last name McBean, Macbain is an anglicised form of Gaelic Mac a Ghille Bhain meaning’ son of the fair or white-haired lad’.

This Scottish origin surname means ‘son of Beth’. It is also an anglicised version of the Gaelic name MacBeatha which means ‘son of life’. A famous bearer of the surname Macbeth was the King of Scotland who also featured in the famous Shakespeare play “Macbeth”.

Derived from South Italian Maccaroni, this is an occupational surname for a pasta maker.

Macchia is an Italian topographic name that comes from the Latin word ‘macula’ meaning ‘scrub’ or ‘thicket’.

Mace is a Polish surname meaning ‘Sea of bitterness’.

MacFarlane is an anglicised form of the Gaelic Mac Pharlain meaning’ son of Parlan’.

Derived from Scottish and Irish roots, Macgowan means ‘son of a blacksmith’.

Derived from Hungarian form of Matyas and Matthew, Macha is a habitational name for ‘someone from the place Masca’.

Machala is a derivative of Macha meaning ‘swing’ or ‘sway’ in Polish. It’s also similar to a Czech first name Mach.

Machamer is derived from Germanic first name Magan meaning ‘might’ or Mag meaning ‘kinsman’ and Mari that means ‘famous’.

This Dutch surname originates from a Germanic personal name which is composed of the elements Mag, which means ‘relative’ and hard meaning ‘strong’.

Machin is a Scottish-Gaelic surname for a ‘stone mason’ and ‘a member of the ancient guild of Masons.’

Machuga has a Polish, Slovak and Slavik origin. It refers to ‘a weapon that was used as a ceremonial symbol of office’.

Macina means ‘millstone’ and is an Italian habitational name for a place.

This Irish surname refers to ‘child of the wise leader’. It is also a popular unisex first name.

The Gaelic form of Mac Aodha refers to ‘Aodh the fire God’ or the ‘son of Aodh’.

This Scottish surname means ‘son of the leader’.

A variant of Scottish and Irish McKay, Macky means ‘descendant of Macdha’ or ‘manly and virile’.

This Scottish surname means ‘son of the Master’.

This Scottish occupational surname means ‘son of the tonsure’.

This Irish surname means ‘son of the hound of the sea’.

This Scottish surname means ‘son of Nechtan’. Nechtan was an Irish god.

This Scottish surname of Irish origin means ‘son of Neil’ and Neil means ‘champion’ in Gaelic.

This Scottish surname refers to ‘a dark-featured, peaceful person.’

Derived from Gaelic’ Mac an Mhadaidh,’ Madden means ‘descendant of little Matthew’ or ‘gift of Jehovah’.

Derived from the Arabic word Mayoof meaning ‘fattened’, Maloof is common in Syria and Lebanon.

This patronymic Hebrew surname, which is derived from the name Immanuel that means ‘God is with us’.

Originating from the Latin word Marcus, Marco refers to the ‘belonging to Mars’ or ‘descendant of Marco’.

Derived from the Latin name Martinus who was the Roman god Mars, this surname means ‘warrior’ or ‘Of Mars’.

Matthew means ‘gift of Jehovah’ in Hebrew, and’ gift of God’ in English.

Mayberry is an English habitational name that means ‘dweller at or near the tribal hill’.

McAlpine is the anglicised form of Gaelic’ Mac Ailpein’ and in Scottish and Irish ‘Mac Ailpin’ means ‘son of Ailpean’.

This Irish surname is derived from the Gaelic name Mac Amhlaoibh meaning ‘son of Amhlaoibh’ and the Old Norse first name Olaf.

This Scottish surname is an anglicised form of the Gaelic Mac Beatha meaning ‘son of life’ or ‘man of religion’.

McBride is the anglicised form of the Gaelic Mac Brighde which means ‘son of the servant of Saint Brighid’.

McCallum is the anglicised form of the Gaelic Mac Coluim’ son or follower of Columba’. It may also have come from the Latin word Columba meaning ‘dove’.

This Scottish and Irish surname is derived from the Gaelic Mac an Leigh meaning’ son of the physician’.

Derived from Scottish and Irish origin, McDonald is a patronym, meaning ‘son of Domhnall’.

McGeorge is a Gaelic surname meaning ‘son of George’. The name George has a Greek origin, and it means farmer.

The anglicised version of this Scottish and Irish surname is Gaelic Ghoill meaning’ son of the stranger’.

Derived from the first name Isaac, which means ‘laughter’ in Hebrew, McIsaac means ‘son of Isaac’.

The Gaelic form of this Scottish surname means ‘son of Leod’.

Derived from Scottish and Irish origin, it is a variant of the name Paul, meaning ‘small’ as a term of endearment.

Mendoza originates from the Basque region, and it refers to ‘a cold mountain’.

Miller is an occupational surname that refers to ‘the mill keeper’. It is derived from the Old Germanic name ‘Mulinari’, Old Norse name ‘Mylnari’.

This surname is derived from the famous Hebrew name Michael. Mitchell means ‘son of Michael’.

Moore is derived from Old Irish Moores meaning ‘stately’ and ‘noble.’ Its Middle English form refers to ‘persons dwelling near a moor.’

This surname has a Welsh origin, and Morgan means ‘great kingdom’.

Derived from the Old French name Mauris, and the Anglo-Norman de Marisco meaning ‘of the marsh’.

Derived from Irish and the Gaelic Ó Maoláin, meaning ‘son of Maolán’, another meaning is ‘monk’ or ‘shaven head’.

A variant of Moray from Scottish Gaelic for ‘sea settlement’, Murray comes from the native Irish name Mac Muireadhaigh’ descendant of Muireadhach’.

​​Hope this directory of surnames beginning with M had managed to shed light on the important aspects of their meaning and the people’s lives in times gone by. So, whether you’re investigating your family origins or trying to find a suitable surname that can be passed on from one generation to another, this is a good place to begin your quest for last names starting with M.

8 Delicious (and Healthy!) Recipes for a Guilt-Free Diwali

10 Easy and Healthy Sweet Potato Recipes for Toddlers and Kids