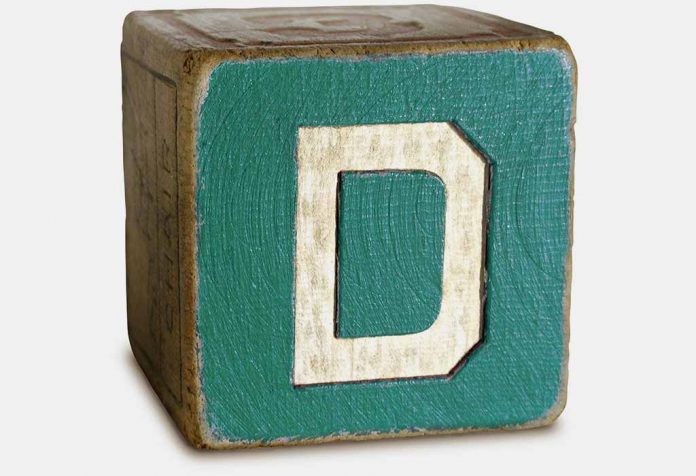 From the hunter-gatherer society to the more advanced industrial societies, the nature of the surnames depended on what was important to the society at that time. Most often the surnames were derived from occupations, place of settlement and social statues as they were passed from one generation to the next. This family name or last name can be in compound form, gender-specific, ornamental or descriptive as per cultural laws in different countries. However, in the modern era, surnames were adopted for administrative or political reasons. Thus the institution of the last name is indeed fascinating as it exists as a form of social address based on which we find a place in the social universe we inhabit. Last names beginning with ‘D’ can be symbolic as the alphabet resonates the ideas of pragmatism, deliverance, focus and security. Here is a list of last names with ‘D’ that would help you to add some spice to your personal and family identity.

This list of common last names beginning with ‘D’ with their meanings can be an instant reckoner for those looking to pick a suitable surname for themselves or their little baby.

Derived from Latin Ambrosius, meaning ‘immortal’, the name was popular in the 4th century.

This Italian surname means ‘son of Antonio’. The Antonius Roman clan was considered as ‘priceless’.

Derived from Basque ‘haran’ that means ‘valley’, D’Aramitz denotes the one who came from Aramits, a town in the French Pyreness.

Originating from Iberia, Cruz spread to Spain and Portugal where it means ‘Christian cross’.

‘Daal; means ‘valley’ in Dutch and ‘man’ means ‘man’. The name refers to ‘a person who lived in a valley’.

The name is derived from Southern Italian Sabbato, which means ‘Saturday’. It also comes from a Late Latin word ‘Sabbatum’ or Hebrew ‘Shabat’, which mean ‘rest’. Dabato refers to ‘someone born on a Saturday’.

This patronymic medieval surname is derived from the Germanic name Robert, which is composed of the elements of ‘hrod’ and ‘berht’ meaning ‘famous’.

Dace is a metonymic occupational name derived from Old French ‘dars’. It is a nickname for someone who resembles a dace fish. It also means ‘fisherman’ or ‘fish seller’.

Dach is a Polish and German topographical surname that refers to ‘a settler on clayey soil’.

Derived from the medieval origin, Dack means ‘a badger’ referring to somebody known for their nocturnal habits or has unusual physical features.

Derived from Portuguese, Italian, Jewish origin, Da Costa is a topographic name for Costa. It refers to ‘someone who lived on a riverbank or sea coast’.

This Welsh name of Celtic origin may be derived from Germanic ‘dudd’ or ‘dodd’ denoting ‘a stupid person’ or a ‘lumpish person’.

Derived from Old English ‘Dodda’ or ‘Dudda’, it was a term of endearment for a baby boy.

This Swedish surname means ‘dale’, ‘valley’ and ‘man’ referring to ‘someone who lived by the valley’.

Derived from Old English ‘dael’, meaning ‘valley’, it indicates ‘a person living by the valley’.

Daly is an anglicised form of Irish O’Dalaigh which means ‘descendant of Dalach’ or ‘one who is present at assemblies’.

Dam means ‘dike’ in Dutch. In modern Danish, it means ‘pond’ referring to ‘someone who lived by it’.

This patronymic Italian surname is derived from Latin ‘Damianus’ which in turn comes from a Greek goddess name ‘Damia’.

This Italian patronymic surname comes from Amore meaning ‘love’. It sometimes refers to a ‘love child’.

This Anglo-Saxon topographical surname is derived from ‘denu’, which means ‘valley’. It refers to ‘dwellers in the valley’.

This surname of Danish and Norwegian origin means ‘son of Daniel’.

Derived from Late Latin ‘arealis’, meaning ‘open space’, Darrel denotes ‘one who came from the Airel town of Normandy’.

This habitational surname is a Scottish variant of northern Irish Darragh. It comes from Gaelic ‘darach’ that means ‘oak tree’.

Derived from German ‘Taube’, the name means ‘pigeon’ or ‘dove’. The name also refers to a ‘mild and gentle person’.

Derived from Gallo-Roman name Albinus, Daubney is a toponymic name for towns in France called Aubigny.

This Brythonic Celtic surname originates from Wales, and it means ‘friend’ or ‘darling’ in Hebrew. The name was popularised by King David of Isreal.

This patronymic Welsh surname is translated into David which in Hebrew means ‘beloved’.

This is an Irish surname, which is derived from Gaelicword ‘damh’, meaning ‘a stag’ or ‘an ox’.

Derived from a medieval diminutive of David, this patronymic surname means ‘day-servant’.

A variant of Debenham which denotes the name of the River Deben, which also denotes ‘deep’, and the word ‘hem’, which means ‘settlement’. Deadman refers to a ‘person from Debenhem town’.

This Anglo-Saxon surname is derived from English ‘dene’ meaning ‘valley’.

This Italian surname is derived from the place name Campo.

This English surname is a variant of Derek and means ‘Gifted ruler’.

This Old English given name means ‘dear’ or ‘beloved’.

This French surname means ‘from the forest’.

Derived from French ‘de Garmeaux’, this surname refers to a place named Garmeaux in Normandy.

This Dutch surname means ‘someone who lives or lived at a harbour’.

This Dutch occupational surname indicates ‘an ancestor who was a jonkheer or worked for one.’

This Dutch occupational surname refers to ‘a scribe’ or ‘a clerk’.

This Spanish surname means ‘of the cross’.

Derived from Norman French ‘de l’aunaie’, the name means ‘from the alder grove’.

This Turkish surname refers to ‘the iron-maker’.

This English surname refers to someone who comes from Denzell, a manor in Cornwall.

This Italian surname means ‘from the palm tree’.

Derived from Gaelic Deasmhumhain, Desmond refers to ‘someone who came from South Munster region of Ireland’.

Derived from French ‘rosier’, the name refers to a ‘person who lived near a rose garden’.

DeWitte is a nickname for ‘a person with white hair’.

Derived from Anglo-Saxon patronymic name Dick, Dixon is a baptismal name that means ‘son of Richard’.

The name is derived from Gaelic ‘Dubh’, meaning ‘dark’.

Dunn is an anglicised form of Irish surname O’Duinn that means ‘grandson of Donn’. The Gaelic form of this name means ‘brown-haired’.

Derived from Czech’ dvur’ meaning ‘manor’, Dvorak indicates someone who works in a manor’.

This English surname refers to ‘a person who worked or lived at a dyehouse’.

Hope this inventory of surnames beginning with ‘D’ can play a role in unravelling your family’s origin, ethnicity or religion. As often the power of a surname is linked to a successful life, it is important to carry it wherever you go as an identity. If you’re hunting for surnames starting with ‘D’, this can be your perfect database guide to begin your search.

All about Various Types of Skin Problems in Newborns

Rough and Tumble Play for Pre-schoolers

20 Foods That Cause and Relieve Constipation in Babies