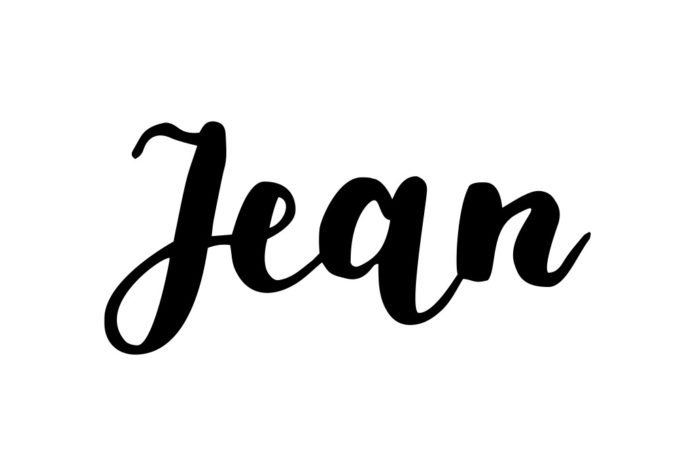 In This Article
Jean is a girl’s name of English origin meaning “God is gracious.” Originally a feminine of John, Jean was popular in Scotland long before it became a favorite elsewhere. It achieved its share of fame in the era of Jean Harlow, the glamorous silver screen artist.

What Does Jean Mean?

The French form of John and an English and Scottish form of Jane, this given name originally comes from the Hebrew name Yochanan meaning “God is gracious.” And thus, the meaning of Jean can be translated as the same as well. Pronounced in traditional French, Jane exudes an exotic air than its anglicized version. However, either way, Jane will carry a life of faith with its definition of “God is gracious.”

Whether in the European continent or all the French-speaking countries, Jean is a male name derived from the Old French Jehan. It may have come from the Scottish Jane or sometimes spelled as Jeaine. Other variations include Johanna, Joanna, Joanne, Jeanne, Jana, and Joan. Its Old French modification Jehanne, comes from the Latin name Johannes, or Greek name Ioannes. The Greek name derives from the Biblical Hebrew name Yochanan, a short form of the name Yehochanan meaning “YHWH/Yahweh is Gracious.”

The other spellings for Jean with alternative spellings cater to some parents who like to think differently of a classic name. Here are some Jean name variations that might sound phonetically different but carry a similar vibe to the given name:

How Popular Is the Name Jean?

In spite of its perennial presence in the popularity list, the Jean baby name ranking dropped in 1994. Jean ranks among the 100 most common names for girls of the past century. It was highly well-used as a middle name, as in Michael Jackson’s song “Billie Jean,” tennis champ Billie Jean King and  Hermione Jean Granger from Harry Potter. Maggie Smith shone in the 1969 film The Prime of Miss Jean Brodie. The highest popularity ranking of #12 was reached for the first time for Jane in 1926 and as recently as 1929. Relative to the fact that this name has steadily fallen out of favor in recent years, the number of Jean’s popularity ranking stands at no. 2,733 as of 2021, this distinctive name has recently started to rise upwards as a rare given name, with some parents selecting Jean for their newborn.

Interest in Jean – the US

Popularity of the Name Jean

According to the global trends, Jean has been searched the most in France, followed by Haiti, Reunion, Congo-Kinshasa, and Luxembourg in the last ten years. The elegance of the name Jean with its meaning reinforces God’s faith, making it a favorite among parents in France.

Search Trends of Jean in the US

Among the metro cities in the US, Arkansas has registered the highest search value of 100 in the last ten years. Louisiana, New York, Massachusetts, and the District of Columbia have made it to the top five positions in the US, where search trends for Jean have been recorded as the highest.

Middle Names That Go With Jean

Beautifully long middle names add an extra layer of fun elements to a given name. Here are some double names with Jean that sound doubly sweet when pronounced together:

Popular personalities named Jean are the accurate inspirational role models that the younger generation needs to know about and idolize to draw inspiration from. Here are some fascinating options that may catapult your child to fame:

Baby-names like Jean might have a similar flow of sound yet different in their meanings. Jean’s family names can form a social identity for a child while representing a distinct family unit. Here are some other names for Jean that may interest new parents:

Jean’s rhyming names depend on the accent and precisely where the stress falls in the last word. Here are some names that rhyme with Jean to create a similar phonetic effect:

The best sibsets have names that hit the same style notes. Sibling names that go with Jane can be formed depending on the ease of their pronunciation. Here is a list of suitable sister names for Jean and suitable brother names for Jean that offer delightful choices for both genders:

Supercute nicknames convey your heartfelt feelings about your beloved child in a short form under private settings. Here are some quick suggestions for the name Jean that might be gems of childhood:

As Jean evokes a spiritual meaning as a gift from God, this chic and short name has come back to gain favor among parents who are sure to consider their baby girl as one of the most beautiful presents to fill their life with happiness.

12 Internet Terms Every Parent Must Know For Their Child’s Cyber Safety!