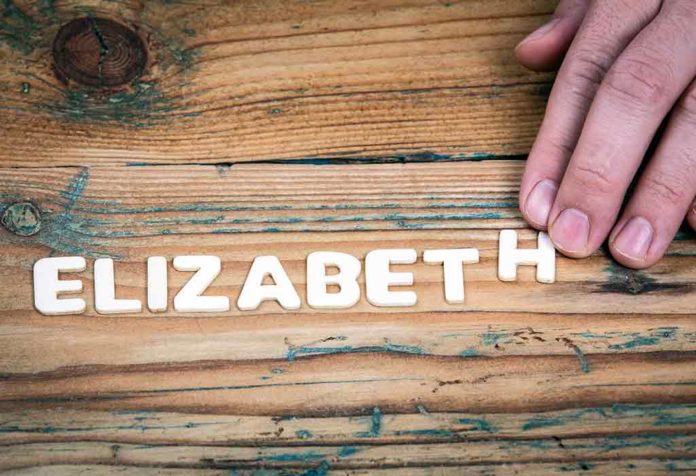 Elizabeth is a royal name to gift your child. Choosing a nickname for the little Elizabeth expresses your affection for your beloved. The four-syllable length of Elizabeth is perfect for differentiating it from the middle name before introducing a person to the last name. Common nicknames for Elizabeth are all fairly popular and widely used as shortened versions or pet names of the name. While some are cute and quite common, others are quirky and rarely heard. The combination of them all makes this name very versatile yet unique.

Nevertheless, they are all worth trying on for their size and different meaning. Elizabeth has been rooted in history for centuries, making it an evergreen choice for generations of girls. Cool nicknames for Elizabeth are surprisingly versatile and trendy enough to strike a chord with new-age parents. They roll right off the tongue with elan and can be creatively conceived to make your child stand out in the crowd.

Meaning and Origin of Elizabeth

Derived from the Hebrew name Elisheva, the wife of Aaron, who is the brother of Moses, this biblical name is formed by combining two Hebrew words – El, meaning “God,” and Shava, meaning “oath.” Thus, Elizabeth means ‘Consecrated to God” or “my God is bountiful.” The earliest origins of Elizabeth can be traced back to the Old Testament of the Holy Bible, where the name is translated as “My God is abundance” and “pledged to God” as rendered in the Septuagint and popularized by Europe’s embracement of the Bible.

The most famous reference to the name is John the Baptist’s mother in the New Testament. According to the Bible, Mary, who was expecting Jesus, goes to visit Elizabeth, her cousin. It was the same time when Elizabeth was pregnant with her son, John the Baptist. When Mary calls out a greeting to her, the baby in Elizabeth’s womb leaps up, and she gets filled with the Holy Spirit. In Greek baby names, the meaning of the name Elizabeth is either ‘oath of God’ or ‘God is satisfaction.’

Masculine variations of this ultra-feminine name are not very common, but names such as Eli and Eliseo have gained some favor due to their identical meaning. The Americanized spelling of the Dutch family name Elisabeth comes from the personal name derived from the Biblical Elizabeth, meaning ‘God is my oath.’ Thus, the spiritual meaning of the name confirms the promise of a life dedicated to the service of God. In Shakespeare’s ‘King Richard III,’ Elizabeth is the Queen to Edward IV.

Since “Elizabeth” is quite long, there are innumerable options for nicknames or pet forms of this lovely name. Funny nicknames for Elizabeth can be sweet, crazy, and cheesy without causing any damage to a child’s personality or hurting their feelings unintentionally. Here are some adorable nicknames for Elizabeth that may help revitalize childhood memories and impact the child’s perspective towards the world around them.

Elisa is a short form of the Greek variant Elisabet.

This Latin name means ‘she who brings happiness.’

This English name means ‘God Is My Oath.’

Ella means “other.” As the word ella means “she” or “her” in Spanish, the name can be considered to mean “girl” or “feminine” as well.

This short form of Elspeth, which is a Scottish form of Elizabeth, means ‘pledged to God.’

This diminutive of Elizabeth means ‘my god is bountiful.’

Bette is a version of the Dutch and English name Betty and means ‘God’s promise’.

This rich nickname with vowel ending means ‘pledged to God’.

This variant of Liddie means ‘woman from Lydia’ in Greek.

This name of Romanian and African origin means “pledged to God”.

This attractive name of Hawaiian and Hebrew origin, means “God is my oath”.

This nickname is an alternate spelling of the name Theia, the Greek Goddess. It means the “gift of god.”

This name of Hebrew and English origins, mean “God is bountiful.”

This name of German origin means ‘Oath To God.’

This Jewish name means ‘my shadow’.

This Hebrew name means ‘God is my oath.’

This Hebrew name means ‘God is my perfection.’

This short diminutive of Elizabeth means ‘pledged to God.’

Etta in french means ‘Keeper of the hearth.’

This stylish nickname means ‘God is my oath.’

This nickname with a fashionable sound means ‘God is my oath.’

This name of Irish origin means ‘leader of the elves.’

Popular since 16th century, this hypocorism of Elizabeth means ‘god of plenty.’

Originating from French Leticia, Lettie means ‘one who brings joy.’

This English nickname means ‘God is my oath’ and reminds of the Buffy the Vampire.

Bett is the short form of Bartholomew, Beatrice, or Elizabeth. It may mean ‘son or daughter of Bett’ in its patronymic or metronymic form.

This popular nickname of Elizabeth means ‘God is my oath’.

Becky can be an abbreviated form of Rebecca or Elizabeth and means ‘captivated’.

The addition of Z always makes this nickname meaning ‘God’s promise’ a winner.

Popular in Germany and Scandinavia, Lisbet means ‘God is my oath’.

Elle in French means ‘ she’.

This slightly retro and fun variation of Elizabeth means ‘God is satisfaction’.

This pet form of Elizabeth means ‘God is my oath.’

Libby can be a stand alone name meaning ‘pledged to God’.

This French name means ‘God Is My Oath’.

This nickname with unusual spelling means ‘God is my oath.’

A variant of Lily or Elizabeth, Lilethy means ‘pure.’

This nickname is a blend of the purity of Lily flower and Elizabeth meaning ‘God of plenty.’

This attractive pet name is a quick variation of Queen Elizabeth’s nickname Lillibet.

Liese is a topographic name for someone who lived in an area of reeds (Liesch).

Etty in French means ‘keeper of the hearth.’

This nickname works on very preppy or petite girls and means ‘pledged to God.’

Bethzy is an alternate spelling of Bethany which means ‘house of figs’ in Hebrew.

This name means ‘God is abundance’ in Hebrew.

Popularity of the Name Elizabeth

According to Social Security Administration data, Elizabeth maintained its rank in the top 15 until 2019, after which it slipped to 16th rank in 2020. Over the past decade, Elizabeth has ranked in the top 50 girls’ names in England, Wales, Canada, and Australia. It featured in the top 100 popular girls’ names in Scotland and Ireland. In Moscow, the Russian variation ‘Elizaveta’ has been in the top 10 popular girls’ names in the past decade. The latest statistics of 2020 show Elizabeth’s ranking settling to the 16th position as the most popular name for girls in America. A total of 5,220 males and 16,58,583 females have been bestowed this given name. Belonging to several saints, celebrated monarchs, artists, activists, singers, politicians, and movie stars, Elizabeth has maintained its appeal and held its position as one of the famous girls’ names across the globe.

Famous Celebrities With the Name Elizabeth

From pop culture to historical figures and saints to Biblical characters, names of famous personalities directly influence why parents do and don’t choose particular names for their kids. While sifting through more than a century’s worth of meticulous Social Security Administration (SSA) data that charts the popularity of baby names, a strong proof of the connection between celebrities, fictional characters, and monikers that end up on birth certificates have been established. Here are some notable celebrities with the name Elizabeth who may blossom into a pretty girl on the branches of your family tree:

Foreign forms of famous names that vary by ethnicity may relate to a specific country. Since names take on the character of the language, region, group identity, and family history, we commonly associate various names with certain ethnicities or their histories. Language is one defining factor and an indication of a separate ethnicity. Moreover, as ethnicities are constantly changing with new ones developing and others passing away, the historical and religious dimension of a name lends it a dynamic character that appeals to parents who’re particular about their choices. Here are some variations of the name Elizabeth help parents discover new versions of the name that defy the mainstream naming game to become a favorite in other cultures and languages.

Noble and timeless and divine, Elizabeth is a classic name that has transcended time through royalty and commoners alike, sprinkling her magic across the centuries. There can be no competition for an easily recognizable female name like Elizabeth, the perfect blend of sophistication and beauty. The elegance of this historic name makes every child a head-turner wherever they go. However, beyond its elegance and beauty, Elizabeth tends to flow very well with many names. Moreover, its religious reference makes it vastly popular among Christian parents. Your little Elizabeth can be distinguished and proud, bearing a mighty historic name on her shoulder as she gets ready to take on the world. Despite her class, little Elizabeth may have a playful side that adds color to her personality. Thus, you may choose unique nicknames for Elizabeth by considering the varying shades of a child’s mood and character that define her best qualities and help establish her identity.

Natural Sunscreen for Babies – Why to Use and How to Make

Simple Ways on How to Make a Bed Beautifully