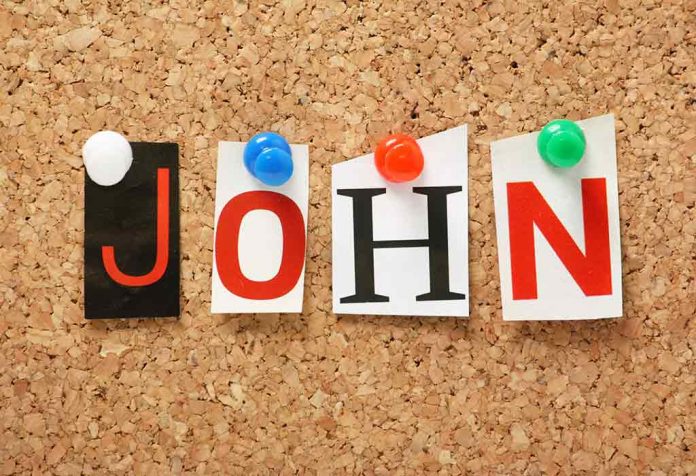 John gained popularity as a baby name in 1912, and since then, its use has gone up by more than 118.6%. John is a prevalent name among boys, but you may have noticed some girls bearing this name these days. Get to know more about this classic name before you name your newborn.

What Does John Mean?

The meaning of John is ‘gracious,’ according to the Latin variant of its Greek origin, and its Hebrew version appears in the Old Testament. John The Baptist, a forerunner of Christianity, was famous for bearing this name, and almost a fifth of all male children in the later Middle Ages had this name. John is a popular name that hails from the Old Testament in the Bible. It has Hebrew roots and is a traditionally masculine name that translates to ‘Graced by God’ while in Aramaic, John means ‘God is gracious.’

In the New Testament adaptation, John was adapted from the Hebrew name “Yohanan,” which later became Johannes in late Latin and finally, John in English. John was held by thousands of Kings and nobles, making it a title fit for the royal and prestigious. Children named John are blessed by the Lord and Savior Himself, indicating they are showered with spiritual gifts, good luck, and prosperity.

Different regions have different variations and meanings for the name John. Other spellings for John in Ireland and Turkey make it sound regional and links to local culture and religion. John is a religious name which means it has Biblical roots and the different John name variations are as follows:

How Popular Is the Name John?

John’s popularity ranked 14th during the year 2000 and has slowly climbed down the ranks since then. According to Social Security Administration records, it reached the No. 1 position in 1880 for the first time and was a trendy name for boys in 2001. John is a trendy name in the United States and is preferred by many parents. Due to its high frequency of use, John’s baby name ranking is expected to drift downward over the next few years as it is becoming a common choice.

John ranked 27th in popularity according to the Official Social Security Website Database and has steadily been falling in ranks since 2000. Over 0.447% of male births in the US held the name ‘John’ in 2020 alone, and 2001 was the year it became most famous, amounting to a total of 18893 male births bearing that name. John is very popularly used as a first name in the United States, with at least 39.93 people out of every thousand having it as a first or middle name.

The interest trendline for John has been decreasing steadily over the decade. While the name garnered the top popularity in January 2011, the lowest popularity has been recorded in March and July 2021 at 61.

Interest in John – US

In contrast to goal interest statistics, interest for John has remained considerably consistent over the decade, only starting to dip in 2020. The highest popularity at 100 was reached in August 2018. The least interest for the name was recorded in March and July 2020 at 67.

Search trends for John worldwide show that the United Kingdom generated the most searches for the name in the decade. This is followed by Ireland, the US, Canada, and Australia, where search trends are considerably less than in the UK.

Search trends of John in the US

Among the sub-regions in the US, the District of Columbia and Indiana both generated the highest searches for John in the ten years. This is followed by Iowa, Massachusetts, and Vermont, which round up the Top 5 sub-regions with extremely high search frequencies.

Middle Names That Go With John

Choosing middle names that sound traditional or religious and go well with John might seem difficult. If you’re debating among these options, try out these double names with it and see how naturally they complement John:

Over the years, several actors, politicians, movie stars, and famous sports personalities have made contributions from their end that made ‘John’ popular. Below is a list of some popular personalities who have made John a widely used name today:

You can find various middle names, first names, and last names related to John online these days. Baby names like John have many alternatives, making it easy to choose other names for your child. There are several family names for John as well, as listed below:

John has many names that rhyme with it, and you can find many modern adaptations of the name John that stem from different continents. Some well-known names that sound just like John are:

Nicknames are a great way of fondly addressing your kids without calling them directly by their original name. There are many nicknames for John which you can use as a term of endearment for your kids:

John can be a popular first, middle, or last name for children despite its deterioration in popularity over the years because of its increased use. While its popularity has declined, it remains a classic name with immense Biblical importance. Thus, it is worthy of a resurrection, and you can do so by naming your little boy John!

Household Work During Pregnancy – What to Do and What to Avoid

How These 6 Celebrity Moms Claim They Lost Weight