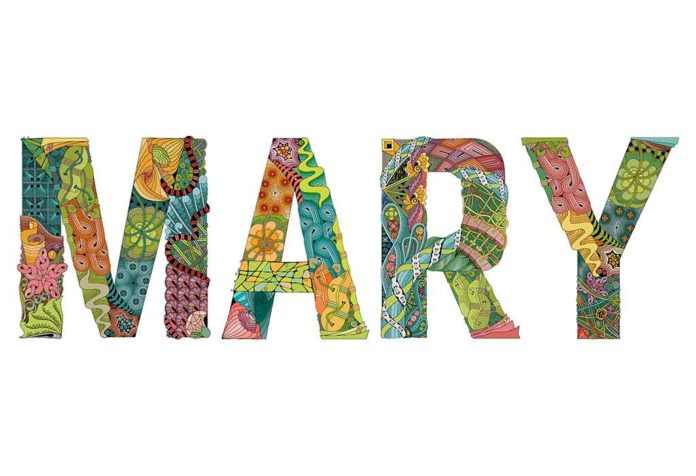 Every parent wants to choose the best name for their child. Mary is a wise choice in this case since its roots originate from the Bible. This name was widely popular among the generations of aunts and mothers. The name reached massive popularity in the 1880s; however, it began fading after 1946, not doing enough justice to this simple and elegant name.

What Does Mary Mean?

When choosing a name for their children, parents consider several factors, such as their pronunciation, meaning, or origin. The meaning of Mary is “beloved” and has a biblical reference to Christ’s mother. The name is associated with “rebellious” or “bitter” because of Miriam’s life as an Egyptian slave. The name means “beautiful” in Italian and “the star of the sea” in Hebrew.” The name also means “merciful” in Latin, giving it a sophisticated touch.

The name originates from the Hebrew name Miriam. It was the name of Moses’s sister, as stated in the Old Testament of the Bible. Because of this reference, the name has been relatively popular, especially among Christians.

How Popular Is the Name Mary?

The name Mary was significantly popular during the 1880s and regained its fame from 1953 to 1961. However, after this time, the name gradually started losing its charm. The Mary popularity index suggests the name’s popularity remained until the early 2000s. According to the data obtained from Social Security Administration, the name Mary ranked among the top 50 baby names until 2002. After that, the name ranked 59 in 2003, followed by 62 in 2004 and 72 in 2005. The name dropped from the top 100 list in 2009, with a rank of 102.

The interest in the name Mary has remained mostly consistent over the last decade, staying over 45 worldwide and reaching the highest score in December 2018. The popularity of the name faltered after this, reaching 47 in May 2021. However, the name’s rank shows an upward curve indicating its probable scope of regaining fame.

Interest in Mary – US

In the US, the interest in the name Mary has experienced an upward and downward curve. With a score of over 45 in the last ten years, the name reached its highest peak in December 2018 and the lowest in May 2021. It shows a faltering curve after 2018; however, it has stemmed towards a positive direction since June 2021.

Popularity of the name Mary

The top five countries where Mary’s name is the most searched are Ireland, the United States, the United Kingdom, Australia, and Canada. The name has been widely popular in these countries in the last decade, indicating its most use.

Search trends of Mary – US

Over the last ten years, the name Mary has been among the most searched names in Virginia. It is followed by Louisiana, the District of Columbia, Florida, and North Dakota. These five cities rank the highest in the US, indicating the name’s popularity in these cities.

Middle Names That Go With Mary

Middle names have a symbolic significance in American culture. They are often used to honor the heritage of a family. Therefore, careful considerations should be made when deciding a middle name for your child. This list includes some of the double names with Mary:

Celebrities have a massive influence on our lives. For instance, the ranking of a name also depends on celebs. Some of the famous people and characters called Mary are:

Different names have the same meaning yet different spellings. This is also true for the Mary baby name, which has several variations. Some of the other names and family names for Mary:

Similar sounding names are also great alternatives for a chosen name. Some of the names that rhyme with Mary are:

Choosing proper sibling names that go with Mary can help maintain the rhythm of all your children’s names. Hence, this list presents worthy sibling names for Mary:

Nicknames are a special part of our lives because loved ones give them. These names have a touch of affection and humor which makes them unique. Some of the nicknames for Mary are:

The name Mary was one of the most popular names in the previous generation. Although the name faded in popularity in the present decade, it still maintains a consistent rank within the top 150 baby names list. In 2020, the name notched up a rank in the list, indicating its scope of moving back up in the popularity list.

Am I Not a Wife Just Because I am a Mother?