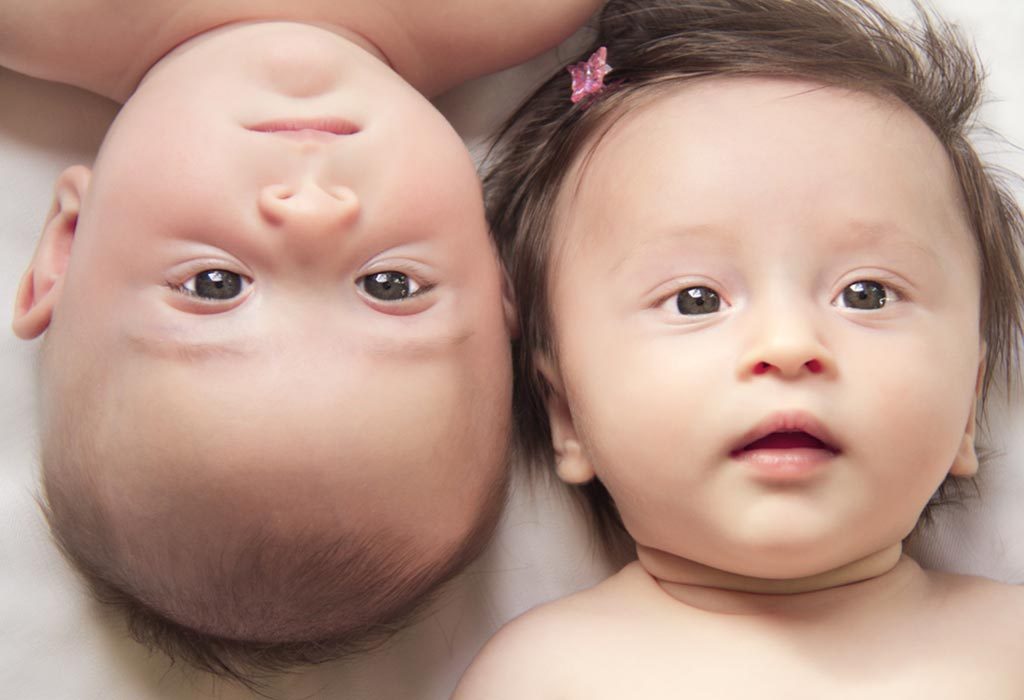 It is indeed a double blessing for a parent who has twins, but it is also double the trouble. Raising twins can seem tough at times, but there are also some amazing things about having twins. Fraternal twins are the most common type of twins, and they do not share the same genes. Here, you can find out some interesting and surprising fraternal twin facts.

What Are Fraternal Twins? Fraternal twins or non-identical twins are either of a pair of twins who, as a result of developing from separately fertilised ova, are genetically distinct and not necessarily of the same sex or more similar in appearance than other siblings.

Fraternal twins in the womb, therefore, develop after some special adaptations during foetal development.

How Are Identical and Fraternal Twins Different?

It is common to have a fraternal twin set with one of each gender as opposed to the same gender. For example, in 100 births there will be at least 2 fraternal twins making them more common than identical twins.

How Do Dizygotic Twins Fit?

The fraternal twins have two different amniotic sack in the womb. They also have a separate placenta. This is medically called as being dichorionic-diamniotic (Di means two). The two different sacks ensure equal chances of survival for the twins.

How Are Fraternal Twins Formed?

In a fraternal twin pregnancy, the first step that occurs is two eggs or ova are fertilised by the same sperm and produce two genetically different foetuses. They share only 50% of the DNA, making them siblings who could have also been born years apart.

What Increases the Chances of Fraternal Twins?

Researchers have shown that having twins depends largely on the mother’s genetic side, and if they include fraternal twins, then the chance of having them are higher.

Apart from this, many other factors help increase the chances of fraternal twins. Some of them are:-

Do fraternal twins look alike? Yes and no. Because they share 50% DNA, they look similar just like any other brother or sister. How we look is completely controlled by chromosomes from how tall we are, to the colour of our eyes, hair and so on, thereby making them look as close to alike as possible. Your twins are also born at the same time, same age and at the same rate, so it is normal for them to grow up together and look similar.

How Will You Know That You Are Pregnant With Non-Identical Twins?

A fraternal twin pregnancy can be something that you know because of intuition. Some women may even have dreams that they are pregnant with non-identical twins. You may even feel more nauseous than other pregnancies in the first trimester itself. High levels of intolerance for certain foods, smells, textures like meat, seafood, coffee can also be a sign. The most obvious one will be you will look ‘large for dates’ from early on itself which is a clear indicator of a twin pregnancy. Frequent urination is more magnified when you are having twins. Also, higher levels of hCG than a single pregnancy could also be another confirming factor.

A fraternal twin pregnancy week-by-week can be broadly divided into early and later development.

In the first 8 weeks of fraternal twin pregnancy, each fertilised egg has started developing into hundreds of cells having layers, attached to different sides of the womb. They have their own amniotic sac and start developing body parts and organs. By 8 weeks, they have arms and legs that bend, their hearts are beating, and they start developing the nervous system.

By 24 weeks, eyebrows start growing. The twins also have a full set of tooth buds for the teeth to come in after birth. By 28 weeks, the twins can open eyelids, layers of fat are building under their skin and smoothing out. They can suck on their fingers. By 32 weeks, the twins are fully formed with arms, legs, torso, and have a full head of hair by now. They are ready to be born in a couple of weeks.

What Are the Risks of Having Dizygotic Twins?

One must be cognizant of the many risks involved in a twin pregnancy. Some of them are:

Some unique facts about fraternal twins you may not be aware of:

Twins are rare, and every parent should count themselves lucky if they have them. Enjoy the journey of parenthood and focus on keeping your infants healthy and happy.