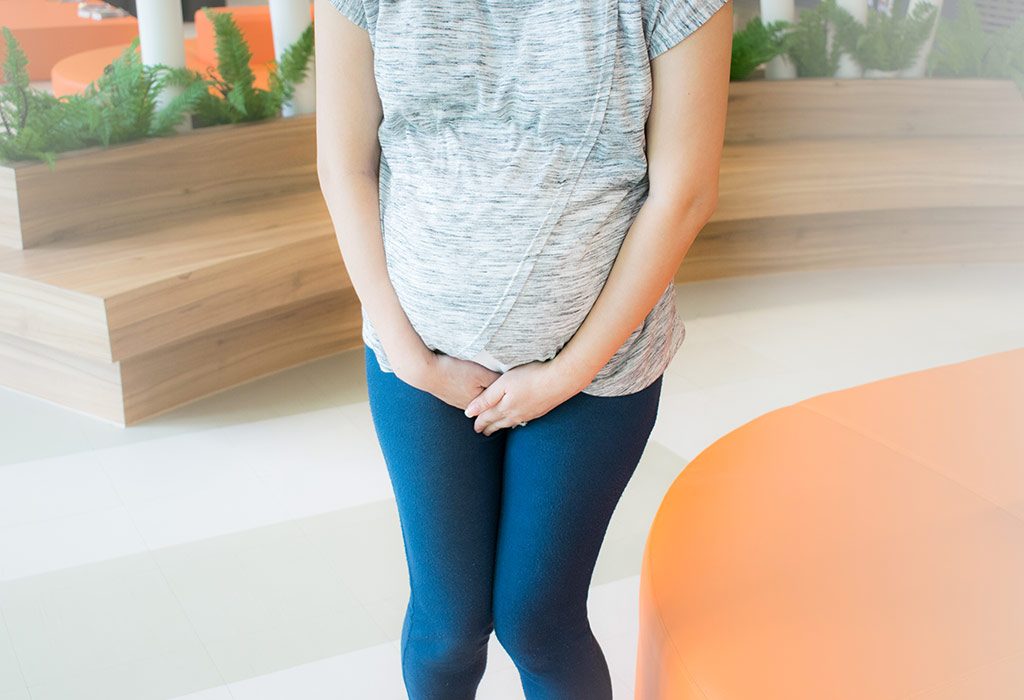 Going through pregnancy can get a little confusing with the amount of information made available on which remedies to try and which ones to avoid. We have put together some trustworthy information that will help to clear your doubts. In this article, we are addressing one of the most common symptoms that every pregnant mother worries herself with – frequent urination. It is around the 6th week of pregnancy (first trimester) that this starts to occur and the frequency can alarmingly increase as the pregnancy progresses.

What Are the Causes of Frequent Urination?

The reason for frequent urination during pregnancy is the hormone hCG which increases the blood flow to the woman’s kidneys by up to 35 to 60%. The kidneys produce up to 25% more urine after conception due to the extra blood flow. The excess production of urine peaks for about 9 to 16 weeks, only after which it settles down.

While the increased blood flow is one of the main reasons for frequent urination, it can also be affected by the increasing pressure on the woman’s bladder due to the growing uterus. This pressure is the primary cause for rather frequent urination by pregnant women during their final three months of pregnancy. This increase in pressure is caused as the baby grows in size and moves down into the mother’s pelvis, just weeks before the birth.

Urination In Each Trimester

A woman’s urinary system will go through various changes during the nine months of pregnancy. These changes are explained below by each trimester:

One of the first signs of pregnancy is frequent urination and the increased hormone levels are the primary cause. The expansion of the uterus which presses into the bladder contributes to the cause too.

You might get some relief from frequent urination during pregnancy in the 2nd trimester. This is because the uterus which continues to expand will rise higher in the abdomen and away from the bladder, thereby, reducing the pressure on the bladder. Remember though that this is temporary!

You will see a spike in this symptom during the third trimester. Frequent urination during the 8th month of pregnancy is mainly because the baby drops lower in the woman’s pelvis in preparation for delivery. This, in turn, puts pressure on the bladder resulting in frequent visits to the bathroom.

I Leak Urine While Laughing Or Sneezing. Why Does This Happen?

Leaking urine when you sneeze, exercise, cough, or even laugh during your pregnancy is a common symptom and occurs especially during the eighth month of the pregnancy. This urinary incontinence or unintentional passage of urine is a result of stress inertia. Stress incontinence occurs during any physical activity (mentioned above) which puts stress or pressure on your bladder. How to Ease Frequent Urination During Pregnancy

Every pregnant mother out there is looking for a remedy to reduce their urination frequency. We have mentioned below some remedies that will certainly help:

Frequent urination is a common symptom during pregnancy, mainly owing to changes in hormone levels and urinary incontinence. However, other factors could also be involved. Urinary tract infection can also lead to frequent urination. It is better to consult with your doctor to rule out the possibility.

UTIs are common during pregnancy as the baby puts pressure on the bladder, causing bacterial growth. Additionally, the urethra expands during pregnancy, causing an increased volume of urine to accumulate, and therefore more bacteria to grow. UTIs result in symptoms such as painful urination, frequent urination, burning sensation when peeing, nausea and vomiting, fever, lower back pain, abdominal pain, cloudy or bloody urine, and a frequent feeling to urinate. If you experience any of the above symptoms along with frequent urination, its best to consult a doctor to rule out or treat at UTI that could be causing it.

When Will You Get Relief From Frequent Urination in Pregnancy?

Pregnancy and urination go hand in hand and are a subject discussed quite often by pregnant mothers. Even after delivery, the body continues to eliminate excess fluid that was gained during pregnancy. The urge to urinate frequently will not reduce for at least the first few days after the delivery. Only after elimination of the extra fluid will you get some relief as your system reverts to normalcy.

Do remember that these urinary inconveniences are just minor issues that are sure to fade away when the baby is born.

Previous article « Taking Folic Acid Before Pregnancy – Why Is It Important?
Next article High BP in Pregnancy: Causes, Symptoms & Treatment »