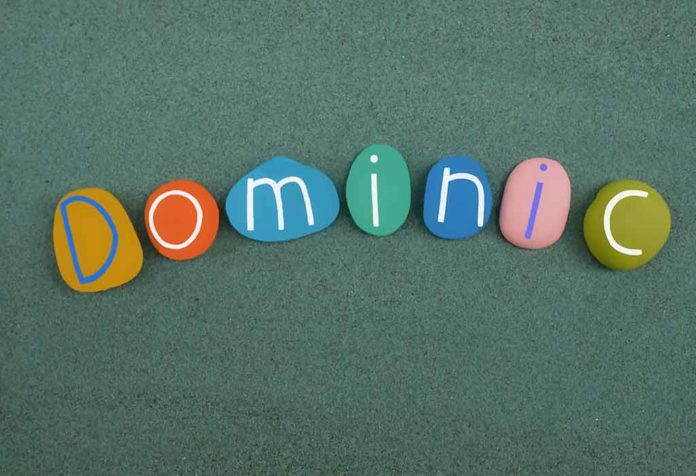 The name Dominic is pretty unique and has not been used much during the 1800s. The name started becoming popular in 1910; however, it soon faded away. It wasn’t until 1990 that the popularity of the name picked up. Dominic is a one-of-a-kind name that is traditional yet distinctive. Therefore, this name has a special meaning and makes a great name choice for your baby boy.

What Does Dominic Mean?

Understanding the meaning of a name makes it easier to select a name for your child. The meaning of Dominic is “of the Lord,” “the Lord’s,” or “belonging to the Lord” in Latin. Therefore, this made the name widely popular among Christians. According to Roman Catholic tradition, the name Dominic was given to male children born on Sundays earlier.

The origin of the name comes from the Latin name “Dominicus.” The name has been used since medieval times. One of the most famous bearers of the name was Saint Dominic, the founder of the Dominican order of monks in the 13th century.

There are various other spellings for Dominic worldwide. It indicates the name’s significance in different cultures, nationalities, or religions. Therefore, some of the most beautiful Dominic name variations are:

How Popular Is the Name Dominic?

Over the last ten years, the name Dominic has experienced an upward trend worldwide. The name has maintained a rank over 25 and has never dipped below rank 28. The interest in the name peaked in June 2016, followed by June 2019. The name’s appeal reached its highest level in May 2020. It ranked well in October 2020 as well followed by a slight decline.

Interest in Dominic – the US

In the last decade, the interest in the name Dominic in the US has experienced an up and down curve. With a rank over 45, the name has been in consistent use over time. The name was popular in July 2011, May, and December 2014, followed by January and June 2016. The name was the most popular in October 2020.

Popularity of the Name Dominic

The top five countries where the name Dominic was the most searched are Austria, the United Kingdom, Ireland, Ghana, and Nigeria. These countries denote the highest search trend globally in the last ten years. Therefore, this name is the most used in these countries.

Search Trends of Dominic – the US

In the US, the top five cities where the search trends for Dominic are the highest in the last decade are Mississippi, Delaware, Connecticut, New Jersey, and Maine. These cities have the highest search trend signifying the use of the name.

Middle Names That Go With Dominic

A middle name works as an act of personalization for your child. Due to this, choosing a middle name with relevant significance is important. Some double names with Dominic are:

The influence of celebrities can be observed in every aspect of life. Whether it is clothing, makeup, or even name, the impact of celebrities is evident. Hence, some famous people called Dominic are:

Many names sound similar to a chosen name. The same goes for the name Dominic. This list presents such names that rhyme with Dominic:

Since childhood, we have been given nicknames. Our loved ones call us with nicknames more than the proper name. Hence, some of the nicknames for Dominic are:

The name Dominic has been consistently present in the baby name list in the US for the last decade. Its presence in the top 100 names signifies the use of the name to this date. Parents also look forward to naming their children with relevant meanings. Therefore, with Dominic’s symbolic meaning, the name has high scope to enter the top 50 names in the future.

What to Eat and Avoid on Empty Stomach – Check Out Here

Repeating Kindergarten or Not – How to Make Right Decision?

Toys for a 7-month-old Baby