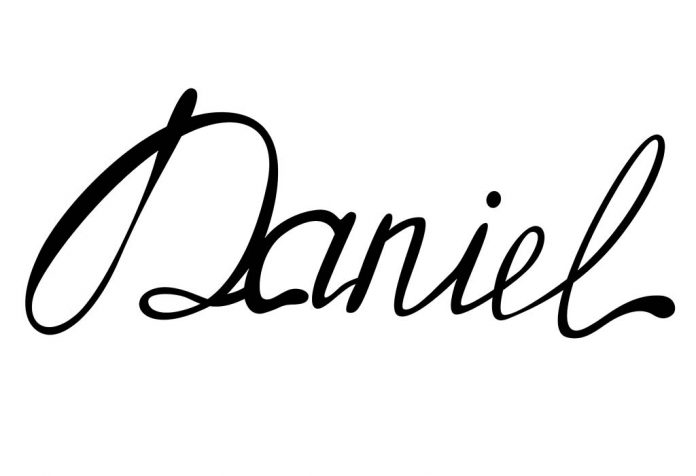 Daniel is one of the most popular and endearing biblical male names. It is used as a first name as well as a middle and surname in many countries. You are sure to know a Daniel or two in your social circle. Despite such popularity, the name still is trendy among new parents due to its origin, biblical connotation, and deep meaning.

What Does Daniel Mean?

Daniel is a name widely popular in many countries of the world for ages. The name is formed by the combination of Hebrew words Din and El. Din means “to judge,” and El means “God.” So the meaning of Daniel is “God is my judge.” With its religious meaning and biblical origin, the name is still prevalent across cultures and ethnicities. Daniel is also a patronymic surname prevalent in many languages, including English, French, and Portuguese. This variation of the meaning makes this name equally suitable across multiple cultures and nationalities, making this a classic and popular choice for parents.

Daniel is a Hebrew origin personal name. It has its origins in many languages, including English, Spanish, French, German, Portuguese, Romanian, Hungarian, Polish, Slovak, Czech, and Jewish. Daniel has been a masculine name historically. The name first appeared in the Old Testament, mainly in the Book of Daniels. Daniel in the Old Testament remains loyal to the God of Israel despite the fear of persecution and other dangers. It is mentioned in the Bible that he was thrown into a den of lions when he refused to worship the King instead of God.

However, his faith in God remained steadfast, and he was unharmed by the lions due to the power of God. Daniel was also the name of a 2nd Century Christian martyr and a 9th-century popular hermit. Due to a 4th century Persian martyr named Daniel, the name became popular among orthodox Christians of Eastern Europe. In Irish, Daniel is the diminutive version of McDaniel, a variant of McDonnell formed from Donal or Donald.

Due to its biblical connotations, Daniel name variations are found in almost all parts of the world and almost every language. Other spellings for Daniel and variations found in other languages, cultures, and ethnicities are:

How Popular Is the Name Daniel?

Daniel has been a popular male name for ages, and it has never been out of popularity. From the past century, it has been among the most popular boys’ names. However, this ever-popular name came in the top 20 in 1952. Since 1952 it has been among the top 20 boys’ names per the Social Security Administration’s ranking. In 1976 it rose to the top 10 and remained on the list till 2011. Daniel’s popularity reached its peak in 1985 and 1990 when it was at #5th rank. From the year 2012, its popularity declined slightly, as it slipped from 10th rank to 11th. But still, it remained in the top 15 popular boys’ names list.

Daniel has generated commendable search trends and values over the last decade, implying a significant level of interest in the name. Specifically, the highest search value of 100 was reached in February 2016, with January 2012 recording a close second at 97.  Subsequently, the lowest search value was recorded for May 2021 at 58, followed by 59 in May 2017.

Interest in Daniel – the US

In the US, search trends for Daniel have recorded values above 40 consistently since 2011. However, the highest search value of 100 was recorded in February 2016, while the lowest value of 42 was recorded in March 2021 and May 2021.

The popularity of name Daniel

Search trends of Daniel in the US

Daniel is most searched in the sub-region of South Carolina in the U.S. As per the search trends, it is searched the most in the District of Columbia, New York, Massachusetts, and New Hampshire after South Carolina.

Middle Names That Go With Daniel

A beautiful middle name will further enhance the impact of your baby boy’s name. Suitable double names with Daniel will make the name appear fluid and connected. You can choose from the below range of middle names to make your baby’s name more impactful:

With the vast popularity of Daniel, it is no wonder there are numerous famous people called Daniel. Below are some of the famous people with the name Daniel:

Due to its vast popularity baby names like Daniel can be found across countries. Below are other names for Daniel, along with its suitable family names:

Daniel is a trendy boys’ name. So to make your baby boy’s name unique, you can opt for a variant of Daniel that retains its essence and is distinctive. You can choose from the below list of names that rhyme with Daniel:

Like other parents, you will also want all your kids to have names that complement each other. It is crucial to have meaningful sibling names that go with Daniel to make them impactful. Below are some beautiful sister names for Daniel, along with some suitable brother names:

Nicknames are the affectionate names that you use casually to address your baby. These are some nicknames for the name Daniel that you may choose to call your little boy:

Daniel is a trendy boys’ name with immense acceptability. Due to its religious significance and origin in most languages, it still has a strong appeal despite the name being used consistently over centuries. Daniel, with its traditional affiliation, is a meaningful name for any boy.

Awesome Bullet Journal Ideas That You Must Try

Menopause vs Pregnancy – Know the Symptoms