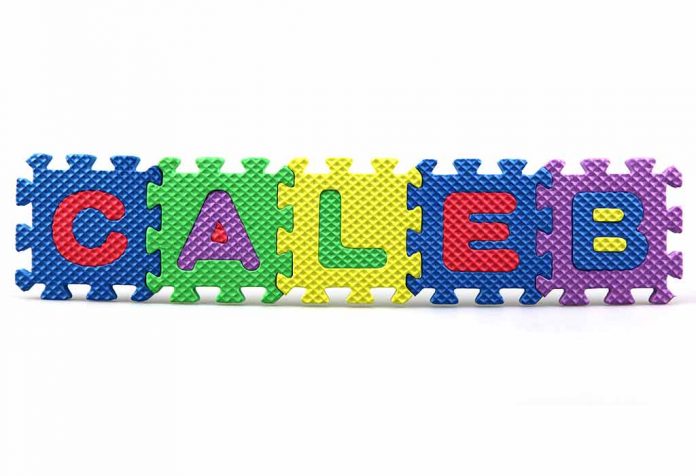 Of Hebrew origin, Caleb comes “from the word dog” and is a symbol of devotion to God. With more parents looking towards ancient mythology and religious texts for names, this name is becoming a choice for parents. It is also a derivative of Hebrew components “Kal” and “Lev,” which together mean “whole heart.” In the Old Testament, Caleb is one of the two Israelites who set out from Egypt to enter the promised land.

What Does Caleb Mean?

The meaning of Caleb has immense religious significance with Biblical references. “Faithful,” “Wholehearted,” “Bold,” “Brave,” and “Devotion to God” are some of the meanings of the name. Bought to popular culture from the Bible, Caleb was a companion of Joshua and Moses. One among the two to make it to the promised land, Caleb survived with Moses to make it to Cannan.

The name Caleb has spiritual roots and appears in the Bible. Even though it has Hebrew origins, it became famous as an English name post the Protestant reformation. This was a strong movement in the 16th century to reform the Catholic church. Caleb was also a popular name in the English Protestant sect called the Puritans, who introduced it to America in the 17th century.

How Popular Is the Name Caleb?

A popular name in the United States, Caleb has remained in the top 100 list of names for boys and is popular among Christians. The name rose to popularity in the late 60s and has remained popular since then.

2009 was the year when the name Caleb was most popular. Since 2000, the name Caleb has only risen in popularity. This can be attributed to popular TV shows “Buffy the Vampire Slayer” and “The Desperate Housewives,” where Caleb-named characters played pivotal roles.

Over the last ten years, search trends for ‘Caleb’ have recorded consistent popularity and interest of 50 and above, reaching 100 in November 2015. The least popularity was recorded in August 2021 at 43.

Interest in Caleb – US

The name has been extremely popular in the United States, fetching a popularity index of 100 in 2015. It did show a drop between the years 2016 and 2020 but again rose to popularity in 2021. The least popularity for the name was recorded in 2012 at just 17.

Search trends show that the name has been searched the most in the United States in the last ten years, followed by Nigeria, New Zealand, Ghana, and Honduras. Canada, Australia, Kenya, Puerto Rico, and Guatemala round off the top 10 countries. The top 10 countries have also recorded a search interest of 50 and above in the last decade.

Search trends of Caleb in the US

Indiana in the US records the most searches for the name Caleb in the last ten years. Oklahoma, Arkansas, Tennessee, and South Dakota follow closely, with search interest between the value of 92 and 98.

Middle Names That Go With Caleb

Middle names that you choose should be equally glorious to hear while retaining the beauty of the Biblical name. A few double names with Caleb that you could select include:

Celebrities named Caleb could take credit for its popularity in recent years. The name is expected to rise in popularity or be used as a middle name because of its Biblical origin and beautiful meaning.

Caleb as a name has several variations, meaning that there are many names that rhyme with Caleb. This could also be a great and unique alternative to naming your baby boy while retaining religious significance.

Sibling names that go with Caleb could seem like a tall task. However, sibling names must go with each other. Below is a list that offers choices for sisters and brothers.

Nicknames somehow creep into our lives once we have kids. There are so many affectionate ways to address your kids. Some parents give them an entirely new name, while some shorten their name. A few nicknames for Caleb are:

A useful exercise to know the meaning of the name helps gain more perspective. The Biblical reference for Caleb lends a degree of devotion and faith. With its soaring popularity, you might just be molding a determined and strong personality.

Fun Facts About Cars for Kids

When and How to Introduce Bread to Babies

7 Things to Consider When Picking a Diaper for Your Baby