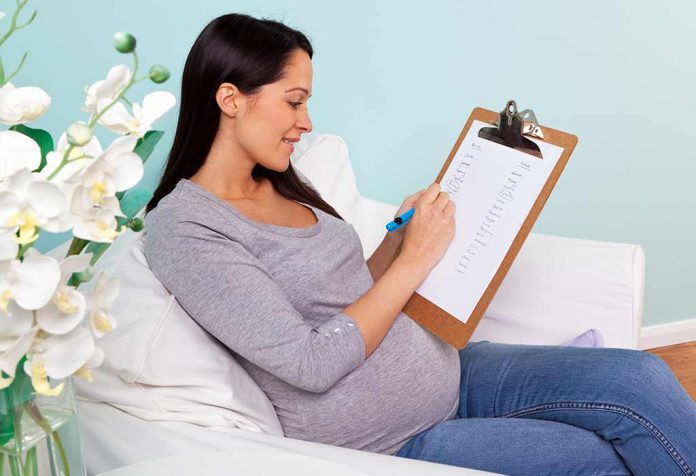 “Faith is taking the first step even when you don’t see the whole staircase”- Martin Luther King, Jr.

Faith means complete trust in something. This is a beautiful attribute that always keeps you full of hope. Parents believe that their children will grow up to be nothing but the best. That itself is inspiring enough to choose their names based on “faith” and “hope”. Go ahead and instil faith in your children with a beautiful name from the list given below. These names have different verbatim for faith as they come from all over the world. Read on to know more.

The name has its origin from Arabic or Sanskrit. It means “hope and aspiration” in Arabic. It also means “Diligent” or “Reliable”.

The name has Arabic and Persian origin, and it means “faithful and trustworthy” and also “truthful”. The Prophet Muhammad initially was called “al-Amin”.

Its a name of Arabic and Indian origin. It means “strong desire”. In French, it also means “Army man”.

The name has an American and Celtic origin. It means “Strong warrior filled with love and hope”. It is a rare name and is apt for the ones who prefer uncommon names for their little ones.

The name means “faithful” and refers to “a dog” in Hebrew. The name was popular among Puritans who carried it to America in the 17th century.

Chislon pronounced as Kis-lone has a Hebrew origin and means “Hopeful” and “confident”. Biblically, Chislon was the father of ‘Elidad’, a Prince of Benjamin.

This name of English and French origin means “steadfast and faithful” in Latin.

Originated from America, the name means “Light and Hope”. It is a unisex name and has a very optimistic feel.

This name has a French origin. It is most often used as a male name. Deene means “hope” in French, and is a unisex name.

It is a name that has Irish origin and means “ray of hope”. This name has Dylan as a variant which means “great”.

The name has its Hebrew meaning “God is with us”. It has been in use in England from the 16th century. The name is common in Spain and Portugal too. It is the old testament name of the Messiah. This is one of the boy names that mean ‘faith in God’.

The name has an Italian and Latin origin which means “faithful”. Fidel is a Latin and Spanish variant of Fedele.

It is a Hebrew name that implies “God’s gift of hope”. The name has taken a back seat in recent days. Its time to consider giving it a fresh entry.

This name is originated from Japan, and means “filled with hope”. Kybou is another variant of Kibou.

Kit in Greek means “hope and carrier of Christ”. The name is derived from Greek Christophoros, which is composed of Christos (Christ) and pherein (to bear). Kit is a popular name for baby boys among Americans.

Matthan has a Greek and Latin origin. It has some biblical significance also. Matthan is the great grandfather of Jesus. It means “the gift or hope of the Lord”.

Moutaqad has an Arabic origin and it means “belief”.

The name has multiple origins and meanings. In Egyptian, it means “pure and faithful”. “pure” in Arabic and “unconquered “in Greek. The name gained its popularity in America through the television series ‘Nakia’.

The name has an African origin and means “hope”. It is also an Arabic derivation of the term “ridha“, which means “wish”, “goodwill”, and “desire”.

It is a name of Latin origin meaning “title of honour”.  It can be pronounced as tee-toos in Latin and tee-tes in English.

The name means “hope”, “faith”, “trust”, and “promise”. It originated either in Estonia and Finland.

This name has an English origin and means “faith man” or “the faithful one”. The usage of the name dates back to the ancient Anglo Saxon culture of Britain. It is a unique name for a boy.

The name has an African, Arabic, and Egyptian origin. It means “hope” and “courage” in Arabic. The name is pronounced as too-mai-nee.

It is an Icelandic name derived from Old Norse term von, which means “hope and expectation”.

Let’s now take a look at some names for baby girls that mean “faith” or “hope”.

We have collated some beautiful name for girls that come from various parts of the world. They all have the same meaning, but the different sounds and connotations make them worthy of a consideration as the perfect name for your little darling.

The name has an Arabic origin. It means “faith” or “trustworthy”, and comes from the Quran. The name, thus, has a pious tone to it.

This is an Arabic name, which means “trustworthy”. Amina was also the name of a warrior queen from Zazzau, and was known for a strong personality with an unwavering character.

It has Urdu origin and means “faithful”. A beautiful name to call and its meaning makes it all the more endearing.

A name with Arabic origin, it means “hope”. This feminine name has the beauty of both faith and hope.

A sweet Irish baby girl means which is apt for those who follow Christianity as it means “believer of Christ”.

This is an English name which means “faith”. A name that is always in fashion and has a unique sound.

This name has a Hebrew origin and defines someone who “trusts or believes in God”. This name has an airy feel to it, which combined with its meaning, makes it very special.

This is an Irish name which means “loyal and faithful”. Loyal people are the ones who instil faith, and your girl with this name would have a strong connection with family.

The name has Arabic and Irish origins and means “faith” or “belief”. Isn’t it a heartwarming name for your cute girl.

This name has a Hebrew origin and means “faith”.

A sweet word that stands for its English meaning “someone who has tremendous belief in God”.

This name has a Latin origin and it defines a “loyal” person. A beautiful choice of name for a baby girl which would certainly suit your princess.

This is a unisex name in English and it means “to be loyal and committed”. It is a smart and sophisticated name for your classy girl.

This name has Kurdish origin and means “hope”. Faith and hope are so interrelated and we think this charming name is perfect for your baby girl.

This name has a Greek origin. Its literal meaning is “rainbow”, but it also is the name of a flower that symbolises faith. A pretty name for your pretty girl, isn’t it?

This name has Arabic origin. A very popular name in the muslim world, it is also catching up in the West. It means “Faith”

Those who believe in or follow Christianity, this is a suitable name for you. This name stands for someone whose faith lies in Christ.

Leala is a French name that means “faithful”. It has a graceful and pretty ring to it.

It is a French name which means “faithful protector”, a name which will evoke feelings of safety in your little girl.

This name has an Arabic origin, and it means “faithful”. A name that is gaining popularity in recent times, it will certainly make your girl stand apart with its uniqueness and beauty.

This has Japanese origin and apart from its one meaning “green vegetables” it also means “summer” and “hope”. A name with an exotic touch will be a great choice for your baby girl.

This has Indian origin and means “faithful person” or “someone who’s guided and led”. It also has Spanish origin where it means “God’s gift”.

This name has Arabic origin it denotes someone who has true faith and pious at heart. It is a stylish name with a royal touch to it. Your girl will enjoy being called by this name.

It is a gorgeous Russian name which means “faith”. This is amongst the top 100 popular names for baby girls.

An Anglo-Saxon baby name, the literal meaning of this is “hoped for”. It could also be taken as a short form of Wilhelmina, which has Dutch and German origin meaning “desire or helmet”.

A name that has faith instilled in it is a very suitable choice for those who are religious or even for those who like inspirational names. The list provided above is sure to provide you with ample beautiful names that mean hope and faith.

Washing your Windows: Look Out in Style!