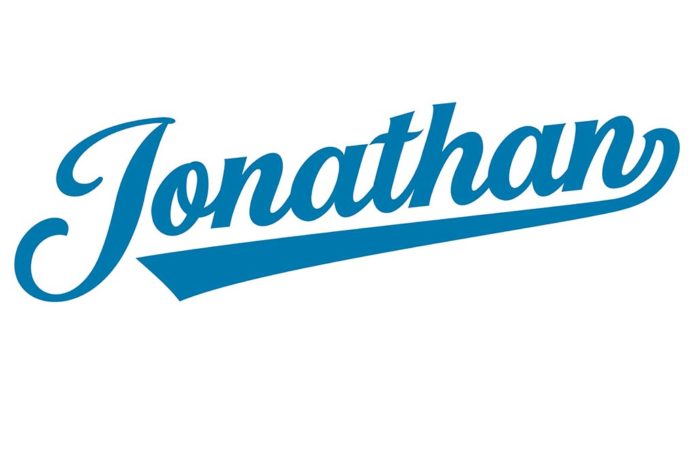 What Does Jonathan Mean?

As a Christian name, Jonathan did not become common until after the Protestant Reformation in Europe. According to the Old Testament, Yahweh is the God of the Israelites. His name was revealed to Moses in the form of four Hebrew consonants. In the Old Testament, Jonathan was the valiant eldest son of King Saul. His friendship with his father’s rival and brother-in-law David gave rise to the expression “Jonathan and David” to denote devoted and steadfast friendship. He was ultimately killed along with his father in the war with the Philistines. The Anglo-Irish satirist Jonathan Swift popularized this name in recent times among the English-speaking countries of the world.

Nathan name variations have crossed borders to become worthy contenders across various languages. Here are some of the other spellings for Jonathan that would make their mark in the baby naming selection process:

How Popular Is the Name Jonathan?

Jonathan features in other languages throughout the world. This Biblical name has been on the US popularity charts since 1880 when it appeared in the Top 500 names. Around the 1940s, the Jonathan popularity index started steadily increasing while featuring in the Top 500 in the US. By the 1950s, the name started being widely used, and by the early 1960s, it entered the Top 100 names for boys. After being in the Top 50 names in the 1970s, it became a favorite choice for parents by the 1980s. According to the Social Security Administration data, the Jonathan baby name ranking peaked in 1988. However, after remaining high on the list for several decades, Jonathan’s present ranking stands at 136 as of 2021 data.

Interest in Jonathan – US

Popularity of the name Jonathan

Interest in the name Jonathan has been the highest in Zimbabwe in the past 10 years. Other countries like Nigeria, the United Kingdom, Canada, and United States occupy the top five positions. With Christianity being a dominant religion in Zimbabwe, Jonathan is highly appreciated and embraced by the parents of that country.

Search trends of Jonathan – US

Among the sub-regions in the US, the District of Columbia leads in the search trends for the name Jonathan over the last 10 years. Connecticut, Massachusetts, New York, and Rhode Island have secured their respective places in the top five positions.

Middle Names That Go With Jonathan

A middle name can complement the first name or portray its unique identity. Some of the best double names with Nathan that might sound meaningful and sounds good when you say your baby girl’s full name aloud are:

Successful people from different walks of life often inspire parents looking for a suitable name for their baby. Here is a list of some of the most famous people called Jonathan who might influence your choice of names:

Baby names like Jonathan have a similar vibe without being overused. Jonathan’s family names began to identify a certain aspect of an individual, either by trade, father’s name, location of birth, or physical features. Here are some of the other names for Jonathan that might sound appealing to hear.

Nicknames are special monikers that can be conceived by breaking down complicated names. Here is a comprehensive list of some of the best nicknames for the name Jonathan that might bring back fond memories that are sure to make your child break into a smile.

The Bible has portrayed Jonathan as a man of immense strength. This name makes a great pick for those looking for J names for boys and a name with a solid foundation. Moreover, this vintage name fits in well with other trending names among the Top 100, yet it is polished enough to stand apart from the rest.

Maintaining a Positive Attitude During Pregnancy