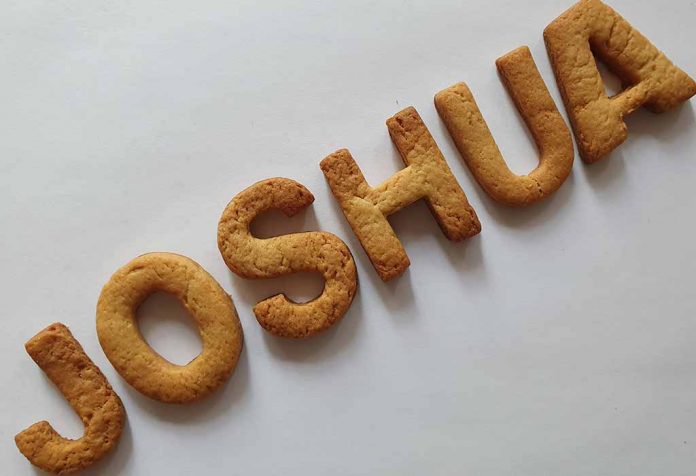 Joshua is a popular Christian first name for males in many countries and is used as a common family name in some parts of the world. The name has been prevalent among Jewish and even other religious people way before the 17th century. Even 17th century onwards, the name didn’t lose its popularity.

In English culture, the name has been popular since the Protestant Reformation. It was one of the common Welsh surnames in England. Joshua, with its Biblical connotations and beautiful meaning, still ranks among the top male names. The shortened version of Joshua, Josh, is also a popular male name in the U.S. and other countries.

What Does Joshua Mean?

The name Joshua is derived from the Biblical name Yehoshu’a. The meaning of Joshua is “Yahweh is salvation” or “may Jehovah help him,” implying God is the savior. The name is formed by combining “yeho,” referring to God in Hebrew, and “Yasha,” meaning “to save.”

In the Old Testament, Joshua is a prominent leader who was the companion of Moses. Joshua was up on Mount Sinai with Moses when Moses received from God the Ten Commandments. Later Joshua was among the twelve spies who went to Canaan. After the death of Moses, Joshua succeeded him as the Israelites leader during the conquest of Canaan, the Promised Land.

Joshua is a Biblical male name derived from Yehoshua with Jewish and Gentile roots. This Hebrew origin name features in many books of the Bible the name of an early Hebrew leader from the Exodus period. Joshua was a popular variant of the name from the Greek spelling (Iesous) of this name Iesus of Latin is derived that later became Jesus in the English language. Due to the Hebrew origin of the name, most people with this name were Jewish before the 17th century.

How Popular Is the Name Joshua?

Joshua has been a consistently popular name even before the 17th century. As per the Social Security Administration, it has been in the top 50 male names till 2019. During the years 2000 to 2008, Joshua’s popularity was at its peak as it featured in the top 5 names. From 2008 onwards till 2014, Joshua experienced a decrease in popularity; still, it retained its position in the top 25 though. However, post-2014, the name-dropped in popularity rank from top 25 to top 50 until 2019. In 2020, Joshua popularity ranking further decreased to rank 54. Considering the religious connotations of the name, there might be a dip in Joshua baby name ranking. However, it will always remain one of the top popular male names across cultures.

The name Joshua has experienced a volatile popularity trend over the past ten years. While the highest search value for the name was generated in December 2019, recording a search value of 100, the lowest search value has been recorded at 19 in the June and July months of 2011.

Interest in Joshua – the US

Popularity of the name Joshua

Search trends of Joshua in the US

The sub-region of California in the U.S. tops in search of Joshua in the last ten years. Following California, the District of Columbia, Arizona, Nevada, and Texas sub-regions are the top places with the highest search trends for Joshua.

Middle Names That Go With Joshua

Choosing a beautiful middle name that appears fluid and suitable with Joshua is vital for maintaining the overall beauty and impact of your child’s name. For your baby boy, you may choose from a range of double names with Joshua, such as:

There are many similar-sounding names that rhyme with Joshua. To give a unique name to your baby boy while retaining the traditional importance of Joshua, you can go for any of these variants.

When you have more than one kid, choosing good sibling names that go with Joshua is essential. This ensures that all your kids’ names are complimenting and connected. The following are some of the sister names for Joshua as well as brother names for Joshua:

The name Joshua is a distinctive and familiar male name in many countries with religious significance. This popular name is among the top male names from many centuries. The traditional name with a warm meaning has a trendy appeal that makes it popular in modern times both as first name and surname.

13 Most Popular Indian Patriotic Songs for Children With Lyrics

How to Be Brilliant But Balanced at Work