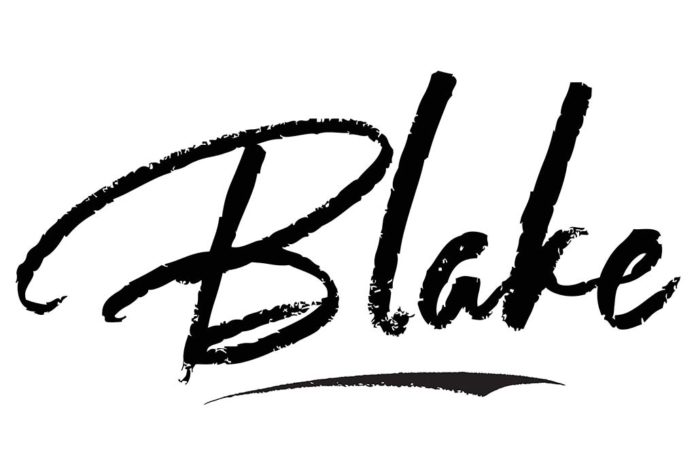 The name Blake is unique and trendy and is an excellent name choice. Since this name is unisex, you can choose it for your little boy or girl. This name has not been popular before the 1940s. The name started going up in the ranks in 1980 and achieved its highest popularity during 2012. However, the name trend has faced a decline in terms of boy name whereas it has gone up as a girl name.

What Does Blake Mean?

It’s natural for parents to evaluate the meaning of a name before naming their child. This is because every parent wants their child’s name to represent them. The meaning of Blake is “bright,” “black,” or “shining” in British. Its meaning in British also extends to “fair-haired” or “dark.” The name also means the “pale one,” “white,” or “fair” in Italian.

The origin of the name comes from English and can be used as a name for both your boy and girl. This name has a unique and contrasting meaning, which stands out in the crowd. Moreover, it has a simple pronunciation, making it an attractive baby name.

Variations of a name can be found all over the world. It denotes the trend of the name in different cultures. Other spellings for Blake indicate the cultural significance of the name across different nationalities. Hence, some of the Blake name variations are:

How Popular Is the Name Blake?

The name Blake has gained popularity since 1990. According to the Blake popularity index, the name ranked among the top 100 names list in 2015 in the boy name category. Data collected from Social Security Administration, the name increased in rank during 2001 by ranking 77 and 76 in 2002. However, after this year, the name gradually started to decline in popularity.

Interest in Blake – US

The Popularity of the name Blake

The search trends for Blake are the highest in the United States, Canada, Australia, New Zealand, and the United Kingdom. It indicates the popularity of the name in these countries in the last decade.

Search trends of Blake – US

The search trends for Blake have been highest in Oklahoma, Arkansas, Minnesota, Kentucky, and Iowa in the US. This name has been the most searched in these cities in the last decade, indicating its popularity.

Middle Names That Go With Blake

A proper middle name helps maintain the beauty of your child’s name. Therefore, careful consideration needs to be done when selecting a middle name. This list comprises some of the double names with Blake that you can use:

You can identify the influence of famous people in almost every aspect of life. Many parents prefer to name their children after celebrities. Hence, some of the famous people called Blake are:

There are multiple variations to a name, among which many have the same or similar meaning. The spellings of such names may differ; however, the meanings are the same. This goes for baby names like Blake as well. Therefore, some of the other names for Blake, along with family names for Blake, are:

Rhyming names can also be called variants of the chosen name. It gives more choice to parents to evaluate the perfect name for their child. Therefore, some of the popular names that rhyme with Blake are:

Naming all your children should be done with research and proper care. Choosing sibling names that go with Blake should maintain unity among all the names. Some of the suitable sister names for Blake and brother names for Blake are:

Nicknames are sometimes used more than our proper names. They become a part of our identity when growing up. Our loved ones often give us these names, therefore giving them a special meaning. Some of the unique nicknames for Blake are:

The name Blake has experienced up and down curves in the last decade. The name’s popularity has decreased as a boy’s name; however, it has increased as a girl’s. This indicates the parent’s name choice towards a more gender-neutral name. Despite this fact, this name has an adequate scope of increasing popularity because of its uniqueness.

Are You a Super Mom?

Are We Keeping Our Kids TOO Clean? Experts Find Dirt is Actually Good For Them!

10 Mouthwatering Seafood Recipes That Will Make Your Day

How to Wean your Preschooler from Breastfeeding?