These 35 Bollywood Couples Have Chosen The Most Beautiful Baby Names Ever!
35 Bollywood Celebrities Kids with Unique Names

Home Magazine Entertainment These 35 Bollywood Couples Have Chosen The Most Beautiful Baby Names Ever!

We know celebrities have a reputation to keep and that works well in the favour of their little ones – they get to flaunt uber-stylish names for a lifetime! Let’s look at some of the cool concoctions our favourite Bollywood couples have come up with for their babies.

Celebrities are always being watched and idolised. They have a great responsibility to inspire and motivate their fans. When it comes to being new parents, their joy is not only shared by their family but also millions of fans who’d like to share in these endearing moments. Baby names among new Bollywood mamas and papas are getting more creative by the day. Indian celebrity kids’ names have been a cause of great interest and curiosity for all of us for a long time!

Meaning: In Sanskrit, it means ‘first one’ or ‘one worth worshipping’, and boy does her family fittingly dote over her! In fact, Aishwarya always carries her daughter in her arms, for this adorable reason.

Meaning: Azad means ‘free or liberated’, which makes this one of the strongest celebrity baby boy names we know! It is inspired by Aamir’s great grand uncle, Maulana Azad (the great freedom fighter), who the family is proud of. What a wonderful gesture!

Meaning: The name Shahraan has Persian roots where ‘Shah’ means royal and ‘raan’ means knight. Thus, Shahraan translates to a royal knight or warrior. The bonus is it starts with ‘S’ keeping the tradition of boys being named with the same letter like Sunil, Sanjay and now Shahraan. Iqra, on the other hand, is a Hebrew name which means ‘to learn or educate’.

Meaning: Diva is derived from Latin and means ‘divine’ whereas Anya means ‘grace’ in Russian. Czar, on the other hand, comes from the Latin word ’emperor’.

Meaning: Shilpa’s boy’s name Viaan means ‘full of life and energy’. Yes, we like the sound of his names and what it symbolises. On another note, little Viaan is also very stylish, just like his Mamma.

Meaning: The name Nysa is of Greek origin and means a ‘goal or a new beginning’, while the name Yug comes from a Hindi word which translates to ‘an era’.

Meaning: The baby name Azaan means ‘powerful and Rayaan means ‘door to paradise’. Indeed, that’s exactly what children are – our pathway to bliss!

Meaning: Ryan is an Irish baby name that means ‘king’, while Aarin means ‘mountain strength’. Madhuri, on her part, has a unique secret to keep her kids’ strength going.

Meaning: Haroon literally translates to ‘hope’ in Sanskrit. Konakana and Ranvir were inspired by one of Salman Rushdie’s books – Haroun and the Sea of Stories.

Meaning: Hrehaan is an Indian variation of the Arabic name Rehan and means ‘God’s chosen one’. Hridhaan is an Indian name that means ‘the one with a big heart’. The parents hold their kids close to their heart and don’t let them come to any harm, as Suzanne Khan’s reply to this media report proved. God bless them!

Meaning: The name Samaira means the Greek ‘goddess of beauty’ in Latin, whereas Kian means ‘grace of God’. Such pretty names, both of them, just like their gorgeous mom!

Meaning: Akira in Japanese means ‘bright and beautiful’ and describes the little girl quite aptly. Shakya means ‘energy circle’. We think these names are the perfect blend of the spiritual and the worldly – a perfect balance!

Meaning: Alisah is of German origin and means ‘noble or kind’, and the name Reene means ‘to be reborn’. Our favourite adoptive mum dotes over her lovely girls and must have spent hours before coming up with these beautiful names.

Meaning: The baby name Mahika in Sanskrit means ‘earth’, whereas Maira from the Quran and translates to ‘light, swift and fast-moving’. Another power-packed combination for the Rampal family

Meaning: Apart from Raveenas adopted daughters, she now has two little ones who she has named Rasha and Ranbir. Rasha actually means ‘the first drops of rain’, but her entire name is Rashavishaka which means Lord Shiva. Ranbir, whose full name is Ranbirvardhan is also tied to Lord Shiva and means ‘Shiva is the war hero’.

Meaning: An amalgamation of Shahid’s and Mira’s name, Misha is actually a Russian name which means ‘God-Like’. Isn’t she that cute indeed?

Meaning: Karan Johar has named his twins Yash and Roohi, as a tribute to his parents, Yash and Hiroo. While Yash means ‘success’, Roohi is an anagram of Karan’s mother’s name, Hiroo. Sweet!

Meaning: Akshay and Twinkle have chosen thoughtful Indian names for their children. While Nitara stands for ‘the one with deep roots’, Aarav signifies ‘a calming sound’.

Meaning: The meaning of Adira is ‘the noble one’ in Hebrew, while also being a beautiful union of her parents’ names, Aditya and Rani.

Meaning: In Arabic, Ayaan signifies ‘Gift of God’, and in various African languages Ayaan means everything from the centre part of one’s soul to ‘brightness’ and ‘good fortune’.  We must say, Emraan and Parveen chose a perfect name!

Meaning: Riaan stands for ‘king’ in Irish as well as many Indian languages.

Meaning: Taimur is named after the founder of the Timurid Empire in Persia, in the 14th century, Emperor Timur. Taimur also means ‘iron’ in Arabic.

Meaning: Imara, is ‘to enliven’. That is precisely what she must have done to Imraan and Avantika!

Tollywood is the sobriquet for Telugu cinema, which has given rise to many hits, superstars and a massive fan-base over the years.

Meaning: Sitara, means ‘a star’, and Gautham is derived from Gautam, named after Lord Buddha, ‘the eliminator of darkness.

Meaning: Akhil means ‘complete or whole’ while Chaitanya means ‘the brightness of spirit and intelligence.

Meaning: Karthikeya, is named after the Hindu God of war, and Mayookha signifies ‘a ray of light’.

Meaning: While Mahadhan means ‘wealthy’, Mokshada is derived from ‘Moksha’, release from the cycle of rebirth.

Meaning: Akira means ‘bright, intelligent and clear, while Adhya being the firstborn was given an apt name since it means ‘the first power, ‘unparalleled’.

Kollywood, derived from Hollywood, is the name given to the Tamil film industry, primarily since it is located in Kodambakkam near Chennai. With the vast fan following that Kollywood has amassed, and the impact it has on fans, it would have been a crime not to include baby-names of Kollywood celebrities here.

Meaning: Vedant, apart from being a sonorous name, also has a deep meaning. Vedant means ‘the one who has the ultimate wisdom of the Vedas.

Meaning: The name Shruti means ‘lyrics of the Vedas’, while Akshara means ‘indestructible and indisputable.

Phew! Haven’t these stars inspired you to take baby naming one step further from the usual? If you and your husband have concocted some unique names for your baby, do write to us and let us know, we absolutely would love to hear how creative you are. 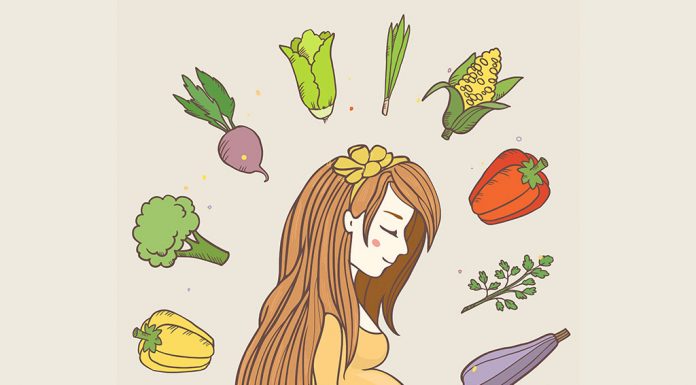 Healthy Indian Diet During Pregnancy – What to Eat & What to Avoid

The Almost Unbelievable Story of a Baby Girl Who Was Born Twice!

What You Should Eat After a Workout Session