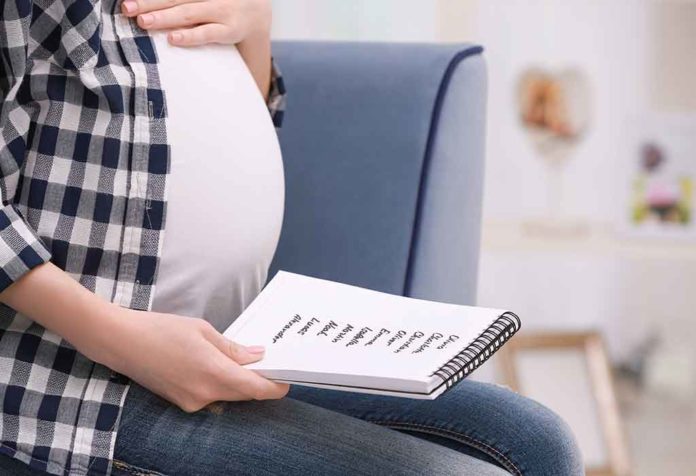 Noelle is classified as the feminine variation of the masculine given name Noël. Noelle has evolved from the old French word Noël or Nael, which comes from the Latin phrase “Natalis dies Domini,” meaning “the Lord’s birthday.” ‘Noel’ in French means “Christmas.” Being traditionally closely associated with Christmas, Noel and Noelle make an adorable choice for children born around Christmastime, particularly in the Middle Ages. Being a popular Christian name that is easy to pronounce, it is commonly used in most English-speaking countries.

What Does Noelle Mean?

Noel is a Biblical name that refers to ‘Christmas,’ and it’s an English and German version of Natalie. The meaning of Noelle in Latin is ‘the Lord’s birthday,’ which means this name is most suitable for babies born in December. The meaning of Noelle is commonly referred to as the birth of Christ, the Christmas festival derived from Latin “natalis,” meaning “birthday,” and the French “noël,” meaning Christmas. This name is present in the New Testament of the Holy Bible. The French use ‘Joyeux Noel’ to wish each other ‘Merry Christmas.’ Noel means ‘pleasantness’ in the Hebrew culture. Similarly, Noelle means “the period extending from December” in Arabic.

Derived from Latin, Noel is an English form of the French name Noël. In Germany, it is used as a gender-neutral name for boys and girls. In an early version of Kanuckstian, Noel was the Eternal Sun God, with several forms. As per common belief, the Eternal Sun God primarily resides in the Sun Prophet Form. Just like any other subtle Christmas-connected name, Noel will never go out of style.

Just as the meaning of the name “Noelle” has variants or alternatives derived from several languages, countries, and cultures worldwide. Here are some of the Noelle name variations and other spellings for Noelle that can be considered for your baby girl:

How Popular Is the Name Noelle?

Despite being a classical name, Noelle retains its trendy appeal appearing on top baby name lists since the mid-1960s. However, Noelle has never attained a prominent position on the charts, as many believe the name is only reserved for December babies. As per the latest statistical data of 2020 and the Noelle popularity index, about 1,359 baby girls were named Noelle, and nine baby boys were named Noelle, which ranks the baby name to 210th position in the charts. Among the selection of baby names inspired by the festive celebrations of December from across the globe, Noelle seems to be a worthy contender as a baby name for girls.

Search trends for the name Noelle have registered a consistent search value of over 20 reaching 100 in December 2019 over the last ten years. The minimum interest value was recorded at just 24 in March 2012 and May 2012, respectively.

Interest in Noelle – US

The Popularity of the name Noelle

Search trends for the name Noelle mirror maximum interest in France in the last ten years. Ireland, the Philippines, United States, and Canada compete in the list of countries that occupy the first five positions in the chart. With Noelle being an elegant forename for girls since medieval times and the French increasingly looking to the Old Testament for inspiration, the name has always been a favorite in France.

Search trends of Noelle – US

Middle Names That Go With Noelle

Middle names are primarily chosen as a commemoration to honor a family. Although many cultures don’t have middle names at all, some use multiple middle names. For parents on the hunt for a middle name for their little angel can look up this list of double names with Noelle that may pair perfectly together:

Parents often choose celebrity names for their children, hoping for them to attain similar fame and success. Some famous people called Noelle that can give your child celebrity status:

Baby names like Noelle have an equally gentle sound and appeal. Family names for Noelle need to be sufficiently suitable to enhance the beauty of the name. Here are some of the other names for Noelle that are a perfect mix of the classic and the contemporary.

Names rhyming with Noelle have a matching tone and style. A classic name like Noelle can impart the essence of Christmas and uphold the holiday spirit. Here are some names that sound like Noelle:

Sibling names should be well-coordinated enough to feel cohesive as a part of a group. Here are some of the most suitable sibling names that go with Noelle that may help to enhance the bond of love between them:

Nicknames are the sweetest terms of endearment that can highlight the relationship that you share with your child. Here are some of the best nicknames for the name Noelle that you can choose based on the qualities that define your child:

A Christian name reflects your family’s faith in God and the fact that your baby is one of life’s miracles. Thus, a festive name like Noelle with a joyous meaning makes an attractive choice for girls even after the constant rise and fall in its popularity in the last few decades.

Taking Care of Infants in the Monsoon

Be the Apple of Your Own Eye – Embrace Yourself!