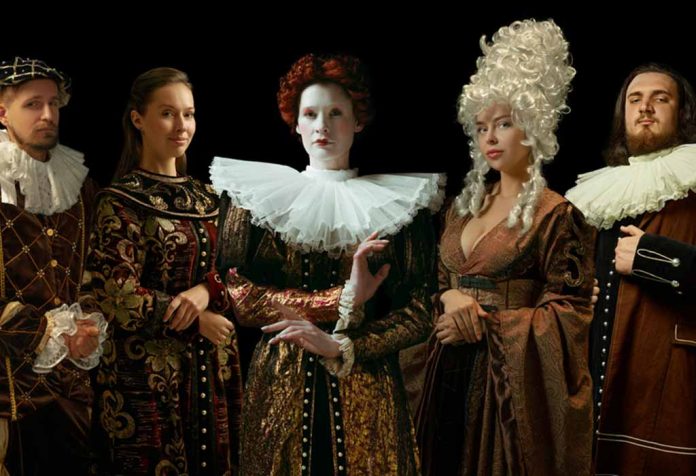 The medieval period, or the Middle Ages, took place after the fall of the Roman Empire and lasted until the Renaissance. This time of change and turmoil saw the rise of the grand castles, royal courts, chivalrous knights and the church dominating Europe as a strong member of the guilds. Upon the advent of writing, civil records began to be maintained, formal histories composed and personal names tended to become fixed. Even so, naming practices were highly variable and cannot be generalised. These names come from a variety of sources including historic events, books, important places, novels, and religion that throw light on life in medieval times.

Since vernacular languages were spoken in Europe, the same names with different spellings were found in various regions. French ending names like –et, -on, -in arrived with the Normans. After the invasion of 1066, Frankish names became common in the middle ages. Later, English forms and suffixes like ‘–kin’, ‘-cock’, along with Latin names ending with suffixes like ‘–us’, took over. Foreign names that arrived due to invasion or marriages got anglicised and began being used in modern forms. However, in the later middle ages, it became necessary to distinguish individuals having the same proper name by some kind of additional non-hereditary informal name or byname. Moreover, a study of the medieval baby names reveals the common values, beliefs, cultural norms, and how society transformed during the medieval period.

Extending from the 5th-century to the 15th-century, this epic medieval era creates a rich source of inspiration for medieval times names. Though this amazing era of history ended, Europe managed to retain the medieval village names that have their own charm, and flair.  Those who wish to name their babies such that they can trace their ancestry must consider the names recommended in this article.

This well-researched inventory of cool medieval baby boy names will come to your rescue when you’re brainstorming for a suitable name for your son.

This Gothic name means ‘ruler of all’.

August is the German form of the Latin name Augustus, meaning ‘magnificent’.

This name is a short form of Nicholas, which means ‘victory of men’.

Cyriac is an English form of the Greek name Kyriakos. It means ‘lord’ or ‘of the lord’.

Drew comes from the Frankish drogo or the Old Saxon (gi) drog, which means ‘phantom’ or ‘ghost’.

The name, in Latin, means means ‘precious and mighty’.

David is a Hebrew name that originates from Isreal, and it means ‘beloved’.

Desislava means ‘to seek glory’ and is of Bulgarian origin.

This name of Germanic British origin means ‘noble’ or ‘famous’.

It has an Anglo-Saxon origin. It means ‘noble counsel’.

This French form of German ‘Emmerich’, this name means ‘power’.

A variant of Everwin, this name is derived from Germanic elements, meaning ‘boar’ and ‘friend’.

This Aramaic name is derived from Hebrew, and it means ‘God is my strength’.

The Danish variation of Ivar means ‘yew wood’. It has French, Scandinavian, and Old Norse origin.

Jerome has Greek origins, and it means ‘holy name’.

This name of Slavic origin means ‘destroyer of peace’.

This name of Medieval English and Latin origin comes from the Old English ‘leof’ meaning ‘dear’ or ‘beloved’.

Micheal is a French name of Hebrew origin. It means ‘who is like god’ or ‘gift from God’.

Derived from Normandy and England, Nigel means ‘champion’ or ‘cloud’.

Derived from the Latin name Peregrinus, Peregrine means ‘traveller from abroad’ or ‘pilgrim’.

This German name means ‘famous throughout the land’.

The name is derived from Breton ‘rog’, which means ‘haughty’ or Old Norse ‘hrokr’, meaning ‘excess or exuberance’.

It is derived from the Basque ‘bela’, meaning ‘raven’ or ‘crow’ and the diminutive suffix -sco. The name has a Spanish origin.

A diminutive of ‘Wilhelm’, this German name means ‘resolute spirit’.

This curated list of common medieval baby girl names with appropriate meanings will help to pick the most suitable one for your little angel.

This English name has Latin origin and means ‘lovable’.

This Polish and Slavic name is derived from the word ‘Bóg’, meaning ‘God’.

Of Latin origin, the name means ‘clear or bright’.

This name of Latin and Spanish origins means ‘heavenly’.

Derived from the Greekadamas, this English name means ‘of high value or brilliant’.

This Bulgarian and Medieval Slavic name means ‘Search for glory’ or ‘finding glory’.

This Biblical name of Hebrew origin means ‘one who provides satisfaction and fullness’.

This adorable name of Latin origin means ‘blooming’ or ‘flowering’. Flora was the goddess of flowers and the season of springs in Roman Mythology.

This name is the Old French form of the Latin name Felicia. It was a stylish name meaning ‘fortunate’.

It is the short form of the Greek name Margaret, meaning ‘pearl’. It is an exotic German name.

This medieval English means ‘she who gives good battle counsel’.

Derived from the Greek word ‘Selena’, Helen means ‘shining light’ or ‘the bright one’.

This Hebrew name means ‘God’s promise’. It is the medieval French form of Isabel.

This name of Italian or Latin origin means ‘laurel’ or ‘crowned with laurel’.

Milia means ‘of the Aemilius family’ and ‘rival’ coming from Latin ‘aemulus’.

Stemming from the Latin word ‘mirabilis’, Mirabel means ‘wondrous’ or ‘of wondrous beauty’.

This Aramaic name means ‘lady or mistress of the house’.

Derived from Greek Nicholas, Nicole means ‘victory of the people’.

Petronella is an Italian diminutive of Petronia, which is derived from the Roman Petronius. Petronella also comes from Greek Petra meaning ‘rock’.

Derived from the Latin ‘pretiōsus’, this cute name means ‘dear’.

Derived from Old English, the name is borrowed from the Latin root word ‘pap’ meaning ‘to swell’.

Renée is the French form of the Roman name Renatus, and it means ‘reborn’ or ‘born again.’

A common name in the Tudor period of England, this name of French and Latin origins means ‘of Sidon’.

Sabina comes from the Latin word ‘Sabinus’. In Latin, this Roman cognomen means ‘a Sabine’ (group of people living in central Italy).

This name of Greek and English origins means ‘resurrection’.

This is an Old Danish form of Tage, and it means ‘to capture’.

This name of Aramaic origin means ‘twin’. It is a feminine form of Thomas.

Derived from a diminutive of the Latin ‘ursa’, Ursula means ‘bear’.

Victoria is a Latin word for ‘victory’.

This name of English origin means ‘meadow of quivering aspens’.

Zara, in Arabic, means ‘white’, in Swahili, it means ‘flowers’, and in Hebrew, it means ‘princess’ or ‘lady’.

Depending on the background, you may want to explore several regions in the Middle Ages for cool medieval names from Old Norse, Old Roman, Old Old Celtic, and Old English cultures.

Dealing with Social Anxiety in Preschoolers by Stepladder Approach

8 Times In Life All Moms Miss Their Moms – Very Much!

10 Activities to Avoid During Pregnancy