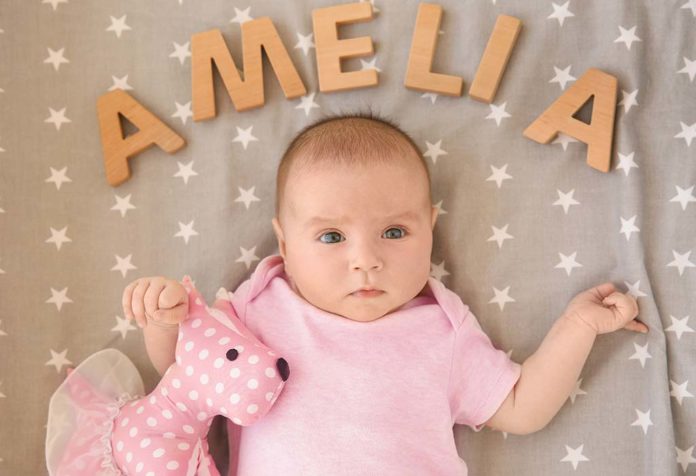 Amelia is an English variant of Amalia, which comes from the Germanic word “amal,” meaning ‘work.’ The name also exists in other foreign languages like Spanish and Romanian. It means Princess or daughter of a prince in Urdu. Although the name is sometimes confused with Emilia, it has a different origin. Amelia is a classic name with a modern edge that fits with all-time favorites like Emily and Emma.

What Does Amelia Mean?

A blend of the medieval names like Emilia and Amalia, the meaning of Amelia can be translated to “industrious” and “striving” in Latin. It means “defender” in the Teutonic language. This vintage Victorian name is a variation of Amalberga, which became a popular choice primarily due to its trendy ending with the likes of Sophia, Olivia, and Mia.

Amelia is a baby girl’s name of Latin origin, which means “work,” referring to fertility and not labor. Derived from the Germanic name Amalia, its root word Amal means ‘work”. Amelia is a feminine name with variations in Emil, Emmett, and Emery as its masculine counterparts. This name was introduced in England and Wales after the ascendency of the German House of Hanover to the throne in the 18th century. Amelia was the daughter of King George II and George III.

A traditional name like Amelia has alternative forms that are equally famous in other languages. Here are some of the Amelia name variations and different spellings for Amelia that may fuel your imagination to consider as a name for your little angel:

How Popular is The Name Amelia?

American aviator Amelia Earhart and famed feminist Amelia Bloomer brought glory to the name Amelia. The Amelia popularity ranking in the UK was immense during the 18th century and gained prominence as the top British name in 2011 at #1. It was the most popular baby name for girls born in the UK in 2012 as well. Since 1880, this name has been enjoying substantial popularity in the USA.

After dipping during the sixties, it climbed back the popularity rating only to occupy the fifteenth most popular name for girls in 2014. As per Social Security Administration data, Amelia was in the 207th position in 2000 until breaking into the US Top 10 popular girls names in 2017. Interestingly, it retained its position at No. 8 for the next two years. The Amelia baby name ranking is within the Top 10 girls’ names in Australia, Ireland, New Zealand, Scotland, and Poland.

Search trends for the name Amelia over the last 10 years show consistent popularity of over 40 reaching 100 in Oct 2012, while the search recorded the lowest interest at 40 in Aug 2011.

Interest in Amelia – the US

Search trends for the name Amelia have recorded consistent popularity of over 40 reaching 100 in July 2017. The search recorded the lowest level of popularity in Dec 2012 at just 30.

The popularity of the name Amelia

Where is the Name Most Searched?

Search trends for the name Amelia indicate the maximum search popularity in the Dominican Republic in the last 10 years. Sweden, Costa Rica, Indonesia, Panama subsequently find a position in the top 5 countries. A Latin name like Amelia is also widely used due to the location of the Dominican Republic between the Caribbean Sea and the Atlantic Ocean, where it has people with names originating from all over the world.

Search trends of Amelia in the US

Search trends show maximum interest for Amelia in the sub-regions of Florida, Ohio, Virginia, Georgia, South Carolina in the US for the last ten years.

Middle Names That Go With Amelia

Adding middle names to a first name can bring it back on-trend and make it sound more appealing. Here are some of the double names with Amelia that can be chosen to celebrate your family heritage and creates a unified sense of identity. 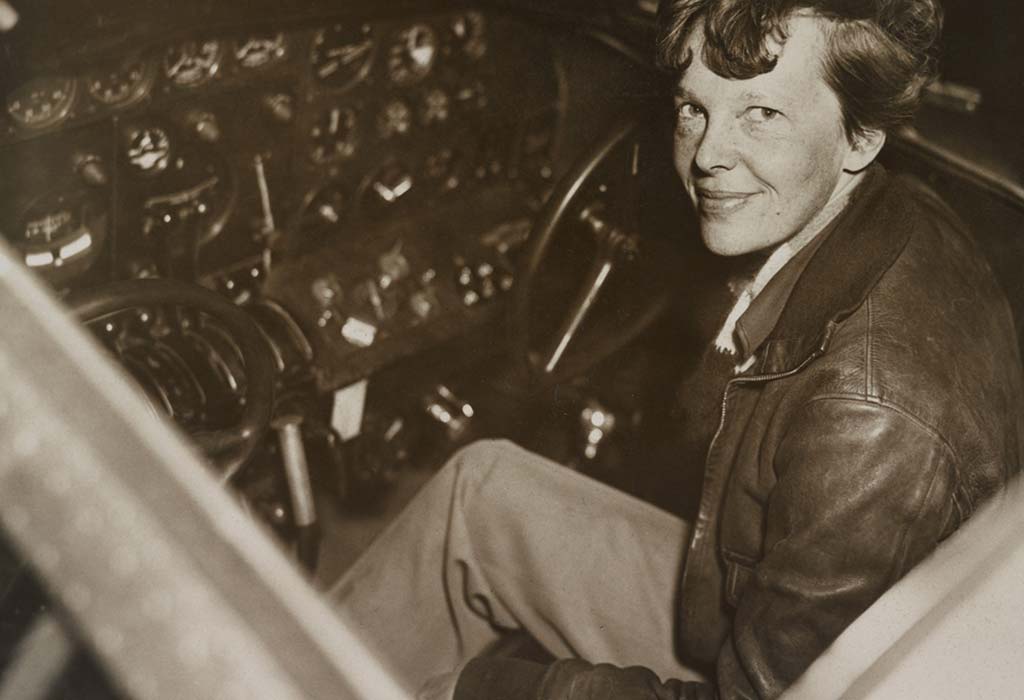 Celebrities destined for fame are a significant source of inspiration for parents looking for names that spell success and good luck. Here is a curated list of famous personalities called Amelia that may inspire your child to adopt the same profession in the future:

Despite their modern association, chic baby names like Amelia exude the same vibe as the forename and may have a similar impact on the child’s identity. Family names for Amelia can contribute significantly to the overall beauty of the name. Here are some of the other names for Amelia that are as influential as the name itself:

A phonetically diverse name that sounds like Amelia can vary in its pronunciation and spelling. Here are some names that rhyme with Amelia that you can choose for your newborn baby:

Sibling names with common themes or similar alphabet strike the right balance between them and work great for siblings. Here is a list of some of the best sibling names that go with Amelia:

Cute, sweet, or funny nicknames hint at the level of affection and bond that you share with your children. Here are some of the most beautiful nicknames for Amelia:

A go-to-choice for parents looking for a name with a soft vowel start paired with M, this name stands out in the crowd. Perfect for a little girl and busy professionals, the name Amelia manages to radiate power despite its familiar feels. No wonder it’ll maintain its position in the honorable league of traditional names despite other worthy competitors.

7 Essential Oils That Will Take Years Off Your Ageing Skin

How Can You Avoid a Miscarriage?

Food Poisoning and Breastfeeding – Can You Still Nurse Your Baby?