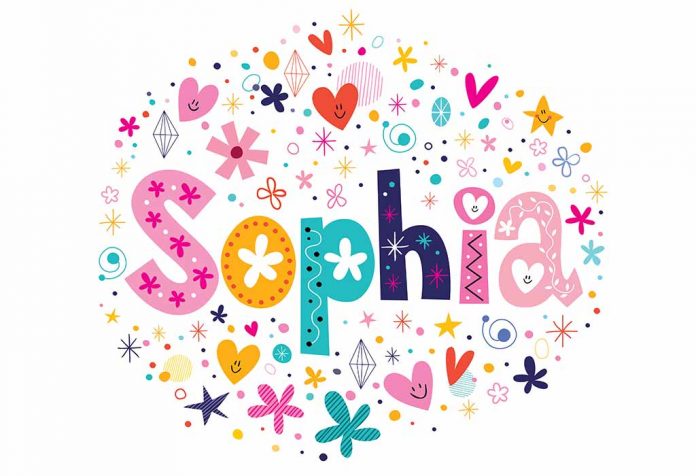 Sophia is a classic Greek name that translates as ‘wisdom,’ which radiates elegance and beauty in every word. While St. Sophia, who the Greek Orthodox Church reveres, is credited with popularizing the name, it was popular among European aristocracy during the Medieval Period. Furthermore, the name Sophia, given to the newborn girl, is taken from a Greek appellation that literally translates as “wisdom.”

What Does Sophia Mean?

Sophia means ‘wisdom’ and is a classic Greek given name that has been used for centuries. Furthermore, the essence of the name Sophia exudes both elegance and beauty in equal measure. St. Sophia, who the Greek Orthodox Church reveres, is credited with giving the name to the city, which became popular among the European aristocracy during the Middle Ages. In addition to its contemporary elegance, Sophia also has a timeless charm and appeal that makes it a popular choice among parents.

Sophia is a Greek name that means ‘knowledge’ or ‘wisdom,’ and its origin. The name has roots in the Greek language and culture and has since been popularised by the Greek Orthodox Church due to the religious roots associated with St. Sophia.

Sophia is spelled in a variety of ways in different cultures. Other spellings for Sophia shed light on the cultural importance of the same name across religions, countries, and cultural groups of all kinds. Other cultures have used Sophia name variations in the following ways:

How Popular Is the Name Sophia?

Sophia has consistently ranked among the top 10 leading names in the United States since 2006. According to the SSA, Sophia entered the top 15 most popular names for girls in 2004 with a Sophia baby name ranking of 15. This was followed by the name entering the top 5 names in 2009 with a ranking of 4, and Sophia’s popularity has continued ever since.

The name was the most highly regarded baby girl name in the United States from 2011 to 2013. It has maintained its position among the top five names in the following years, implying its consistent and well-deserved popularity.

The popularity of Sophia has remained consistently high over the last decade, recording a popularity score above 50 throughout. The most popularity was reached in January 2016 at 100, while the lowest recorded popularity was at a considerably high score of 53.

Interest in Sophia – US

In a similar pattern to the interest trendline for worldwide search, the name has generated above-average popularity for the name over the last decade in the US. While Google search trends recorded the highest popularity at the beginning of the decade in February 2012, the lowest popularity score of 54 was recorded twice in this decade.

The Popularity of the name Sophia

Germany ranked first in searches during the previous decade, followed by Austria, Tanzania, Portugal, and Singapore. After that, the United States rounded out the top five countries in terms of searches. The popularity of Sophia as a baby girl name is most likely due to the cultural significance of the name in German culture.

Search trends of Sophia – the US

Sophia has been the subject of the most searches in West Virginia over the past decade in the United States. As a result, Rhode Island, Massachusetts, New York, and New Jersey are among the top five sub-regions in the United States, where Sophia’s search trends are highest.

Middle Names That Go With Sophia

It’s also essential to choose middle names that flow well with Sophia to retain the overall beauty of the name and guarantee that you can preserve Sophia’s lovely meaning. For this, you can choose from one of the below double names with Sophia:

Sophia’s prominence has risen somewhat in recent years because of several famous people called Sophia. The name is anticipated to regain its widespread appeal as a middle name because of its traditional roots and lovely connotations.

While the name Sophia has a classic beauty, you may consider it a little too old-fashioned for your baby, especially when there are only a handful of family names for Sophia that go with it. For baby names like this, there are many other names for you to choose from.

Sophia has a variety of variants and similar-sounding names. In addition to being a contemporary alternative to Sophia, such names that rhyme with and may help you come up with an original name for your newborn girl.

Sibling names that go with Sophia should also complement one another, allowing the siblings’ names to match. The following list contains suggestions for sister names for Sophia, as well as tips for brother names for her:

The use of nicknames is a beautiful way to express affection for a child while avoiding using the child’s full legal name in communication. For Sophia, you can choose from various affectionate nicknames that you can use to refer to her in everyday situations.

Sophia elicits a wide range of emotions and meanings from people of all ethnicities and cultures (or middle names). Since its inception, the word has been associated with a wide range of emotions and goals. Much significance is attached to the name Sophia in various cultures and countries, primarily due to its Biblical roots. In this regard, young influencers and celebrities played an essential role in popularizing the term. With its rising and timeless popularity and beauty, you will not go wrong with naming your baby girl Sophia!

How You Can Transform Your Life with the Law of Attraction

How to Make Fruit Purees for Babies

80 Unusual Vampire And Demon Names For Baby Girl And Boy